Boom For Real, the movie 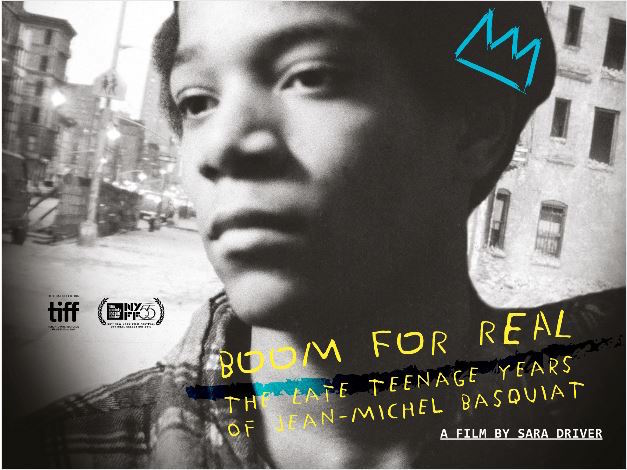 Another week, another 70s-80s counter culture documentary. This time it’s Boom For Real: The Late Teenage Years of Jean-Michel Basquiat, a very inspiring snapshot of the early 80s New York art scene, looking at the community of artists, writers, musicians and graffiti artists around the rise of Jean-Michel Basquiat.

As it says on the tin, the focus is on the Basquiat early years and there are some great storytelling moments from the likes of Fred Brathwaite (Fab Five Freddy) and Patricia Field, who relays the time that she offered to sell some of the first Basquiat works in her shop. She asked him how much he wanted her to sell his multi media pieces – “bolted together electronic…stuff” – for. “Ten thousand dollars,” he deadpanned.

If you’re as obsessed with 80s downtown New York and that era’s art scene as I (still) am, this is a must-see. Boom For Real: The Late Teenage Years of Jean-Michel Basquiat is on general release in the UK and Ireland from 22nd June. Watch the trailer below and see more at modernfilms.com.