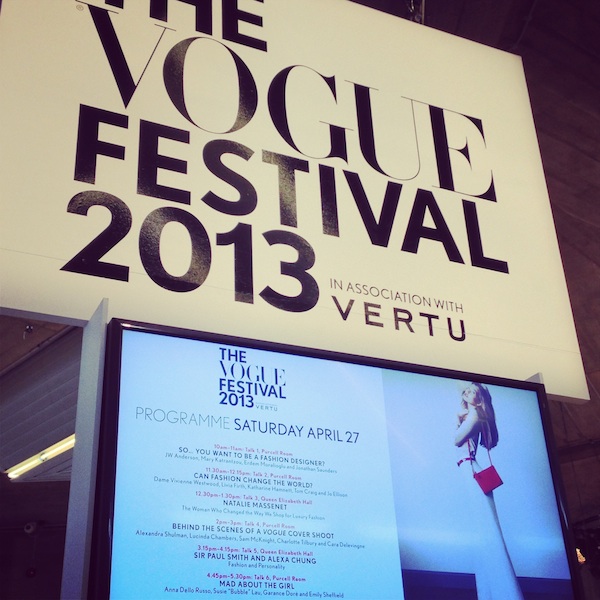 Was every panelist and speaker at Vogue Festival briefed to implore us to work hard and follow our dreams? Because that felt like the overarching message of the weekend at the second annual Vogue-branded event.

“If you’re really good at what you do and have a dream, It will happen,” said Alber Elbaz on Sunday, and when Alber says this you believe him. Of all the speakers I saw, he was the most relaxed, funny and passionate and also a brilliant storyteller. But pretty much all the key speakers put their success down to a mix of talent and tenacity, plus a personal point of view. While Alber Elbaz came across as genuine and unstaged, sat around a cosy table with Alexandra Shulman and gifting us hilarious soundbites (sample: “I’m full of contradictions. I like fancy restaurants but I don’t like the food there, I prefer McDonalds”), Victoria Beckham came across as overly earnest and media-trained. We were all aghast to be told over and over that no photography would be allowed during her talk. Natalie Massenet was my first talk of the weekend and like DVF last year, wow, what a story. And what a clever presentation. Massenet had prepped a dedicated Instagram feed beforehand, and as she took to the lectern and asked us all to turn our phones on, her This Is Your Life-style Instagram feed, @NATAPORTER_MYSTORYSOFAR went live. From the first snaps of her parents – a journalist and a model – (she called this ‘the meeting of content and commerce’, nice one Natalie!) to later ones of her as a trendy teen (labelled ‘street style’), she thoroughly engaged us all, giving everyone in the room and those following on social media, the story of her trajectory in all its wiggly-lined glory. I really thought this was great, not least because it allowed us to comment on her feed in real time and also gave us an easy way to re-watch the presentation later. But what more would you expect from one of the biggest innovtors in the digital media-fashion spaces today? 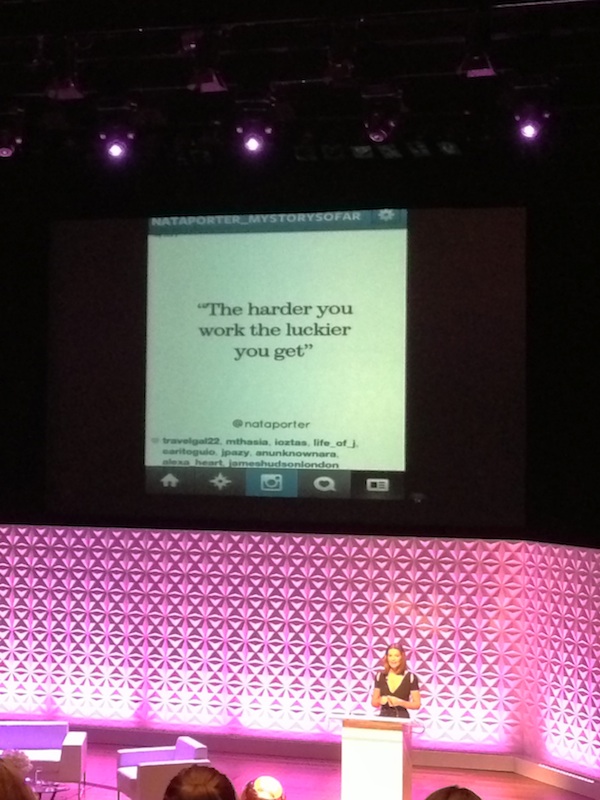 Vogue Festival’s mission seems to be to humanize the Vogue brand, by opening up the magazine and fashion world to the next generation of readers. Aside from a packed talks schedule (each talk about an hour long and costing around £30-£40 per ticket), the other activities included a ‘Vogue cover shoot’ shot by a Vogue photographer, a braid bar, makeover stations from YSL and Dior, plus one-to-one speed mentoring with Vogue staffers for aspiring journalists, stylists and models. This is one activity that I think could have been flagged up better as it didn’t seem very busy and was a great example of Vogue opening up to the reader. 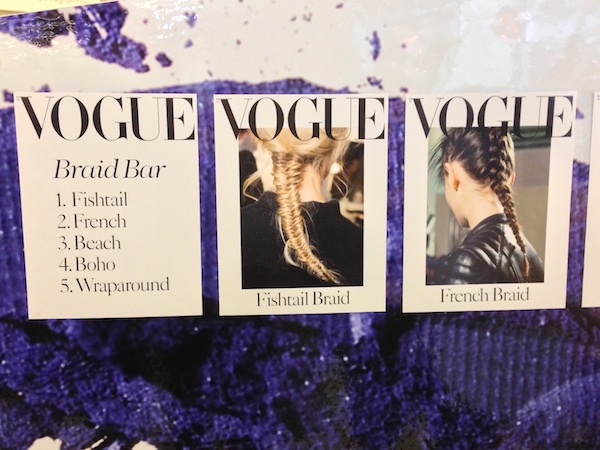 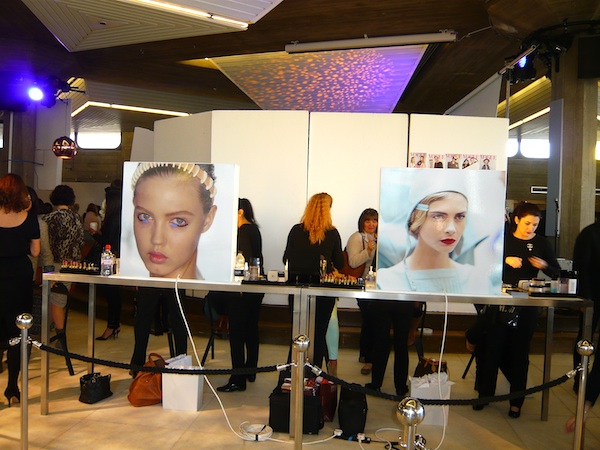 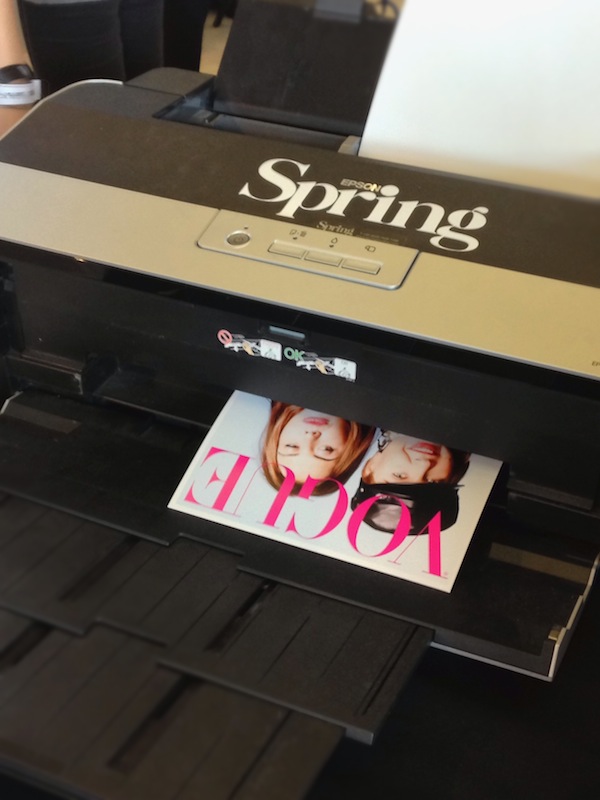 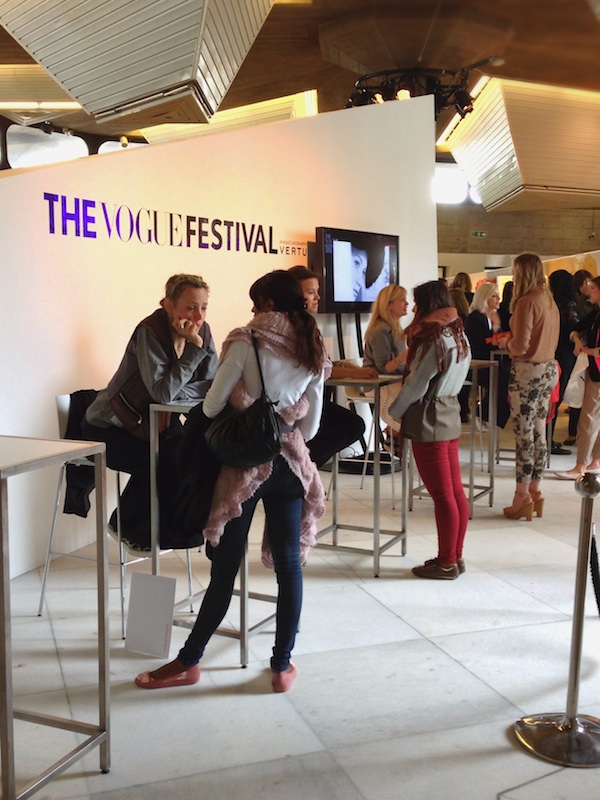 The panel called ‘Behind the scenes of a Vogue cover shoot’ was a lively, fun one, with great insights from Vogue fashion director, Lucinda Chambers revealing all the things that can go wrong on a shoot. The skill that no-one talks about in these jobs is how to deal with the unexpected. This is where the teamwork element really comes into play. Everyone is there for the same outcome – to get a great picture. So if the clothes don’t fit/haven’t turned up/look shit, that’s when the true creative thinking comes into play with genius solutions thought up on the spot. Chambers also observed that celebrities can be tricky models as without a script or character, they’re out of their comfort zone. A good reason to keep going with the model covers then, I’d say. Also on the panel were Sam McKnight, Charlotte Tilbury and Cara Delevingne, who came across as a bright, charismatic, ball of energy and you can totally see why she’s a dream team member.

On a sidenote, Lucinda Chambers always looks fabulous. On this panel she was wearing white stiletto pointy pumps (as was every other Voguette at Vogue Festival, plus Victoria Beckham in cream Casadeis) but gave them her own spin with plum-coloured ankle socks. Sounds dreadful on paper, looked great on her. And of course, very much on-message for the event – do your own thing people! The other panel discussions also had really good lineups. ‘The Secrets of Creating a Great British Brand’ (with Anya Hindmarch, Tamara Mellon, Christopher Kane and Alexander McQueen CEO Jonathan Akeroyd) was much more business focused and I wish it could have gone on longer. The panel ‘Mad About The Girl’ was slightly disappointing in that it ended up being more about blogging (panelists were Susie Bubble, Garance Dore and Anna Dello Russo) than street style. So I didn’t learn anything new from that but again, the takeaway message was to be unique and follow your own path.

This is only the second Vogue Festival and overall I think it clearly has the potential to get bigger and better. I still find the prices for the events very high. I wonder if in future they can get a retail partner on board, make it shoppable and maybe lower the ticket prices that way? But hey, all the talks were jam-packed so what do I know? (Disclosure: I was there as a guest of Vogue.) Of course, you also get a lot of extras with your ticket price, so for a young, enthusiastic fashion fan, this is a really exciting and educational £40 well spent. 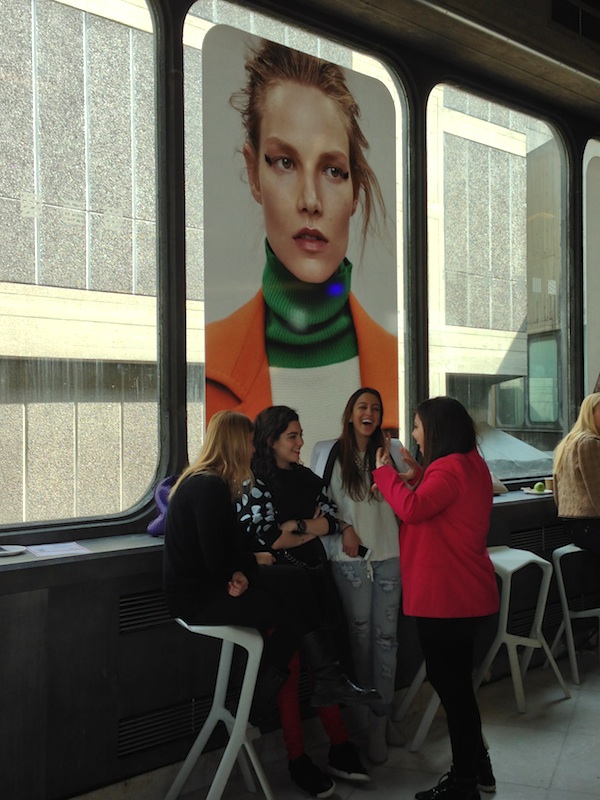 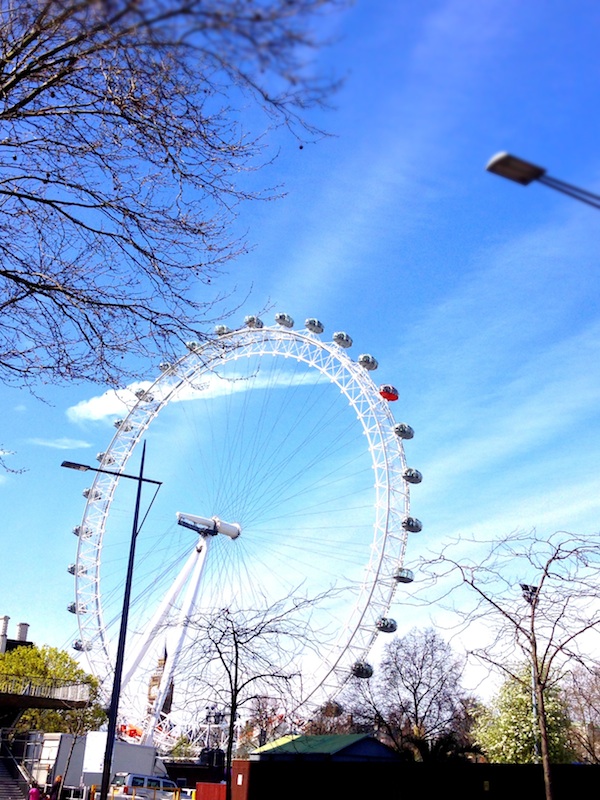 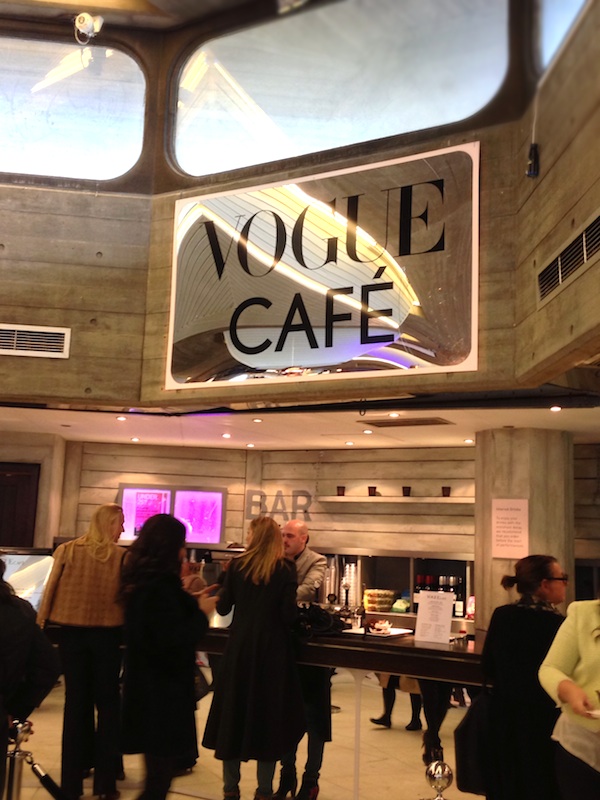 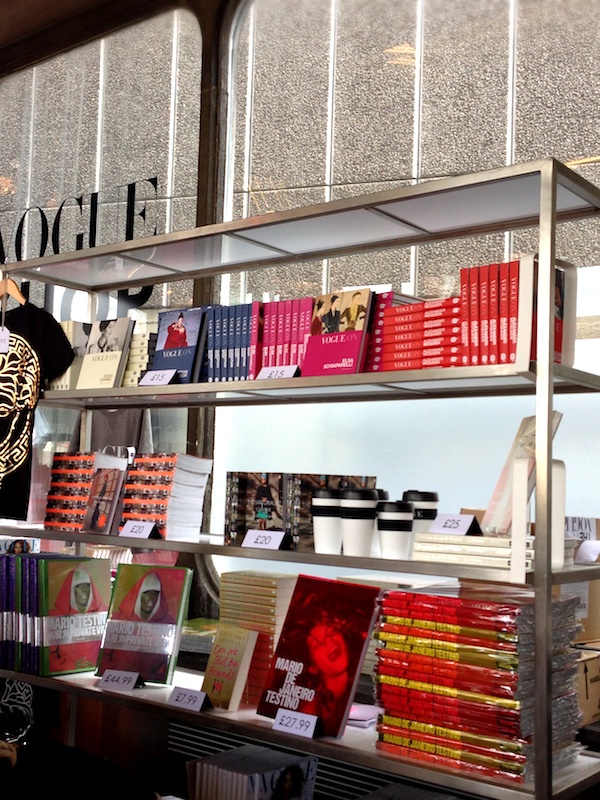 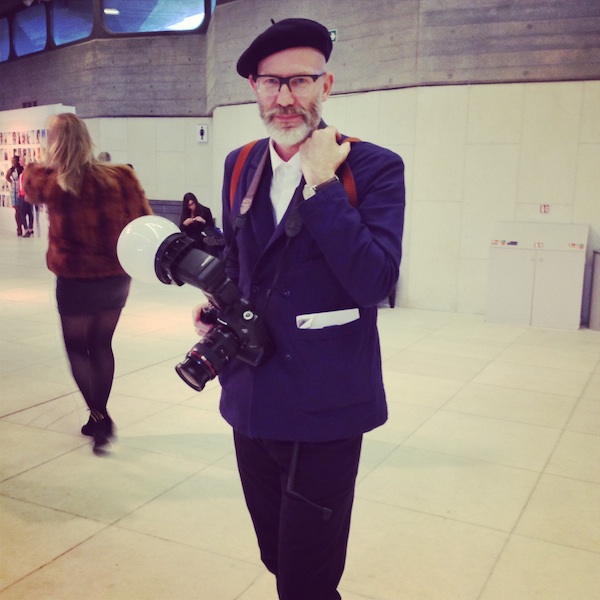 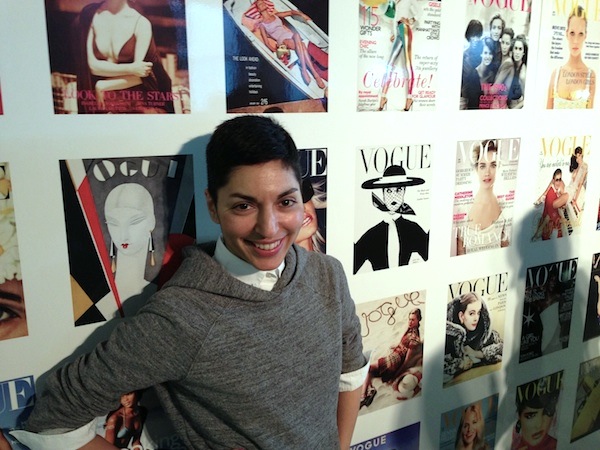