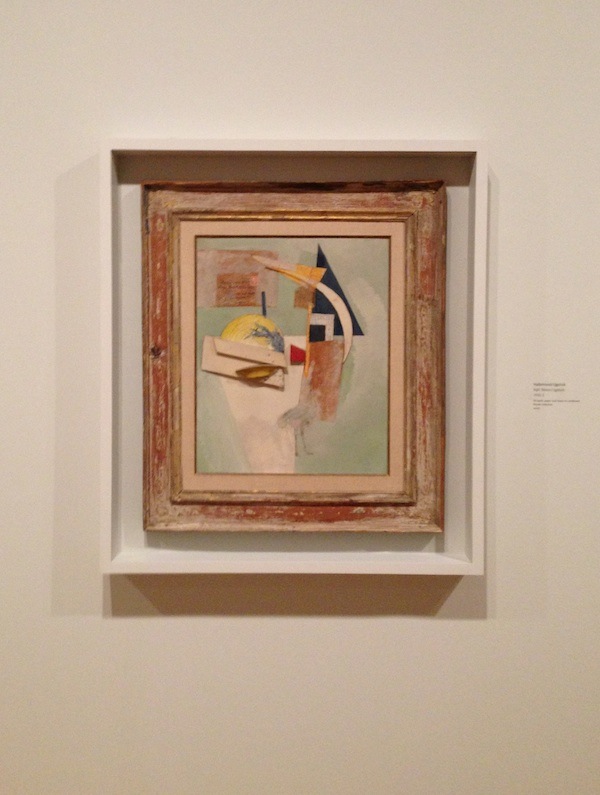 Creating beauty from urban detritus. Robert Rauschenberg did it, Peter Blake did it, Eduardo Paolozzi did it, but well before them, Kurt Schwitters built his deliciously layered collage art from found materials. He even invented a name for it – ‘Merz’ – which described his equal opportunities approach to creativity, in which all artists materials and techniques had the same value.

All this I learnt at the exhibition, Schwitters In Britain (at Tate Britain until 12th May), where Schwitters’ many paintings, sculptures and collage works are displayed in multi media frames – Perspex, wood, box frames, frames within frames – as varied as his art. In fact, Schwitters himself was quite the multi-media communicator. As well as a visual artist he was a poet, performer, and a publisher, creating the avant-grade magazine, ‘Merz’, to share his ideas about art and poetry.

I’m a Schwitters fan yet I didn’t know that the artist had spent his last years in Britain, which is the focus of this exhibition. Having fled Nazi Germany, he was detained as an ‘enemy alien’ with fellow German and Austrian captives (including other intellectuals and artists) in a camp on the Isle of Man, resulting in artworks made from makeshift canvases of torn-up Lino flooring and even porridge – i.e. whatever ‘materials’ he could get his hands on under the circumstances. In 1941, by now living in London, he was embraced by the Brit art crowd and would start to incorporate English phrases, typography and packaging into his collages.

This back story sheds a whole new light on the appeal of Schwitters for me. Over the next few years, his friends from Europe and America would send him stamps, magazines and food parcels, hence the food labels, cartoon strips and photos used in his later work, reflecting the pop culture of the time. In a sense, this pre-empted the pop art movement of the late 50s and 1960s by a good decade. With that in mind, can we call Schwitters one of our earliest pop artists? 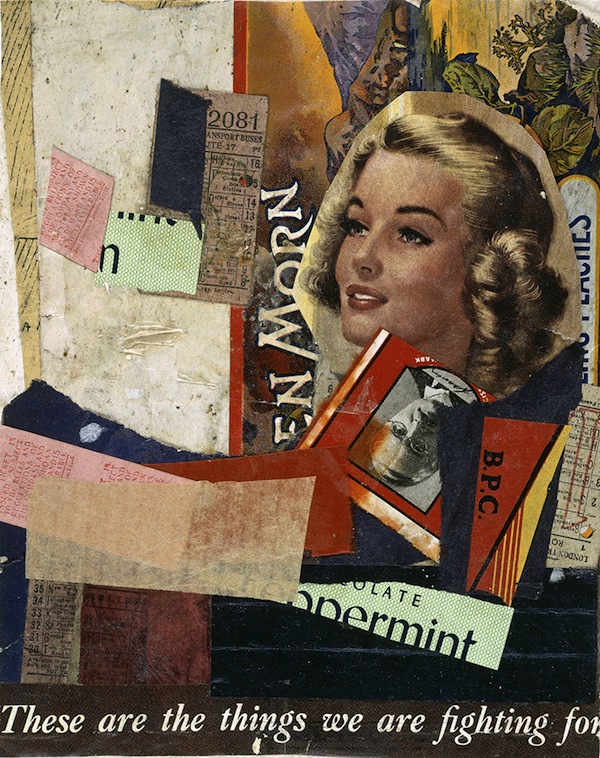 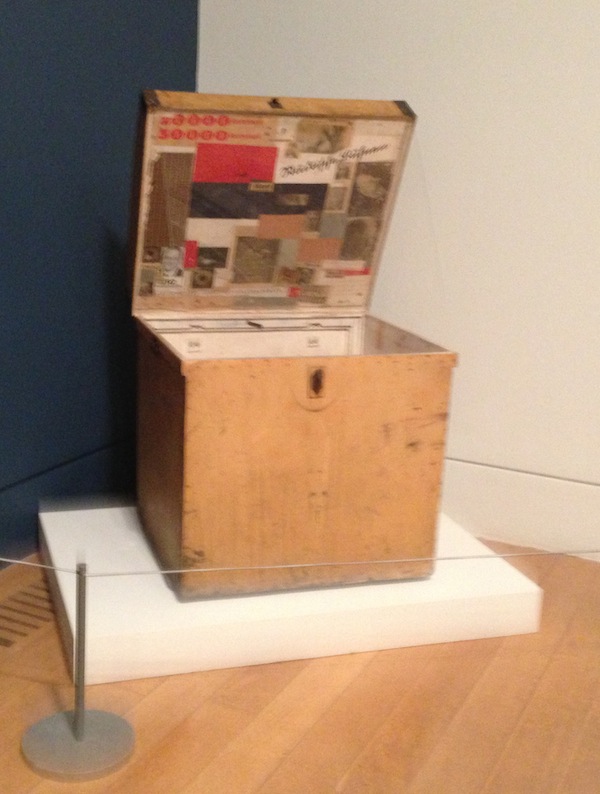