Everything But The Dress on Nowmanifest 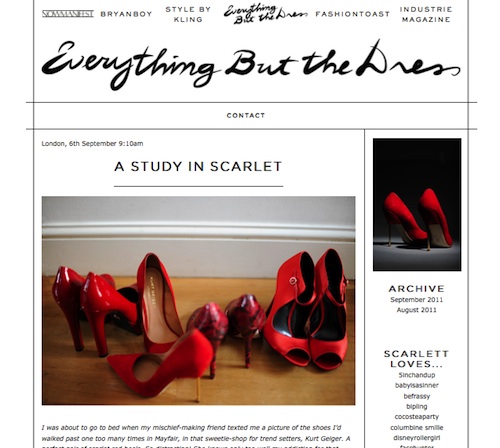 As I understand it, Bryanboy, Fashion Toast and Style By Kling get a share of any ad revenue generated on Nowmanifest and in return, Nowmanifest gets the combined traffic of these blogs and gives them all a uniform look. Instead of placing a generic ad on Nowmanifest, Kurt Geiger has created its own blog (written by a character called Scarlet) and (presumably) paid to have it sit amongst the blogging elite, basking in their glow.

This is a much more discreet and credible way to do advertising, a genuinely engaging way to merge editorial and advertorial without obviously shoving product down the reader’s throat. It’s the first time I’ve seen advertorial approached like this. What do you think?