Buy it now: One for the boys

Like me, Mr DRG likes nothing more than a bit of fantasy online shopping – oh the hours he spends on Mr Porter! So I asked him to make himself useful and compile a men’s edit for me here. I think he’s done a damn good job… 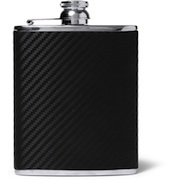 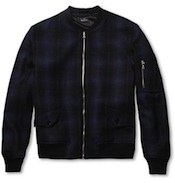 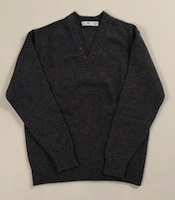 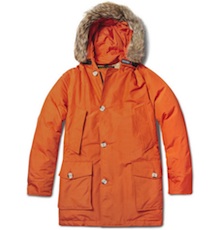 TOP ROW
Leather and stainless steel hip flask, Dunhill
Just the the thing for a gent in need of a little tie-straightener on the long winter nights

Plaid bomber jacket, PS by Paul Smith
Smithy comes up with a great wool bomber that gives a nod to Brando in On The Waterfront – and crucially, there’s no superfluous branding to mess it up

Muirfield 8 piece cap, Lock & Co.
Every autumn I buy a new cap and this year I plumped for a dark grey one of these from Lock & Co, the oldest shop in the UK. What else could you want in a cap?

SECOND ROW
Grey hurling sweater, Inis Meain
An excellent jumper from the Aran Islands that’ll last for years and go with pretty much anything – it’s only a matter of time before one of these arrives for me at DRG Towers

Ilkley black Scotch Grain brogue, Tricker’s
Unlike Crockett & Jones, Tricker’s always take several weeks to break in, but once done are comfortable as anything. No other company nails the proportions and shaping of a country brogue quite as well as Tricker’s do, and like any good quality Northampton shoe, you’ll be returning these to the factory many times for resoling

Coyote-trimmed down-filled Arctic parka, Woolrich
As a lad I was rather taken by the parkas worn by Rock Hudson and Patrick McGoohan in Ice Station Zebra, and this is a fine contemporary take on things. Perfect for a December evening, as DRG herself will attest, having bought a black one last year