Fashion’s Night Out: the highlights 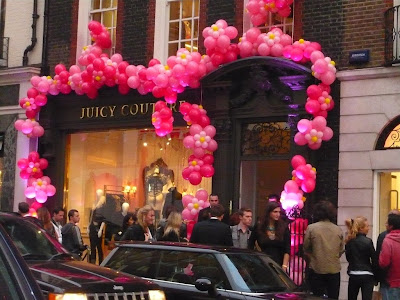 Sorry to harp on but I really do believe that experiential shopping is the way to prod fashion retail out of the doldrums and London’s Fashion’s Night Out proved just that. From Manolo Blahnik’s shoe-signing at Liberty, to Burberry’s in-store gig by One Night Only, to DVF’s Studio 54 make-overs and dress-up box (not to mention the free Claridges bar), there was heaps of fun to be had by all.

Alongside all the customer-facing events, there were a number of sneaky private parties but that’s not where the spirit of the night lay. The most successful events were those where fashionistas, customers and celebs all jollied along together. I was super-impressed with the organisation at Burberry. No queue, an open-door policy and a caterpillar of waiters bearing champagne-laden trays at the entrance. Not only that, but inside were plentiful canapes and Christopher Bailey more than happy to hobnob with the punters. A customer may not have bought a Burberry trench there and then, but chances are they had a good look round and will consider a later purchase or buying a lipstick at Duty Free. As Vogue’s Alex Schulman was quoted by WGSN, it’s not so much about customers buying on the spot as becoming familiar with the brands and returning at a later date (although she also said that sales for luxury and high street brands increased following FNO 2009). It’s all about perception of the brand.

Bruton Street was heaving with paparazzi, customers and party people. The entire street (bar Hermes – there’s always one) had something going on. Juicy Couture’s frontage was bedecked with pink balloons and DVF hosted a fun mini photo-studio complete with props. Miller Harris was a delight, transformed as it was into ‘Miller’s Market,’ with florists Scarlet & Violet pitched outside, Clements Ribeiro flogging their lush, hand-embellished cashmeres inside, along with Melrose & Morgan foodie treats and whimsical ceramics and stationery from Astier de Villatte. Oh and did I mention mulling over the pros and cons of catwalk shows versus presentations with Suzanne Clements? Or that Jane Birkin looked ravishing in her cashmere cardi, combats and beat-up Converse ensemble, as only she could? 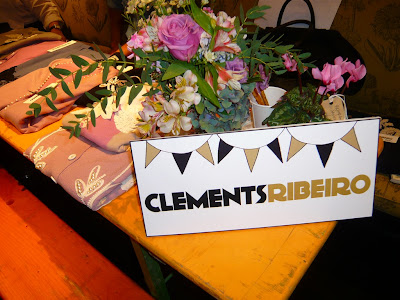 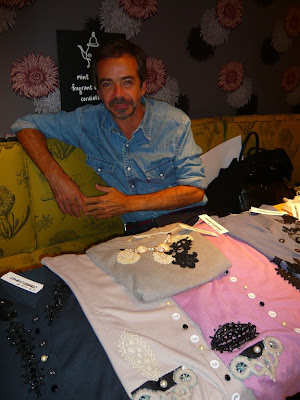 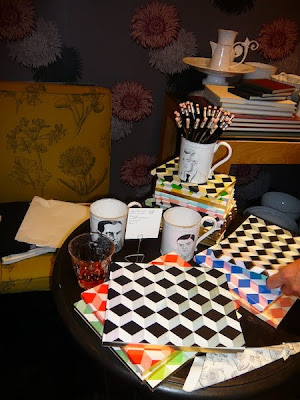 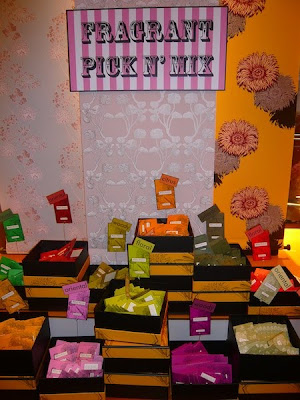 Funnest event of the night was, as I expected, Harvey Nichols’s craft free-for-all, where Brit designers set to with plentiful haberdashery supplies and graffiti spray cans. Each and every Fashion’s Night Out T-shirt was snapped up (with all proceeds to Kids Company) and duly customised to order, followed by a photo shoot against a More Dash Than Cash backdrop. Erdem and Jonathan Saunders had their own carefully prepped stencil stations ready for some fast spray-can action while Markus Lupfer showed me his stash of trimmings which included laser-cut perspex initials, adorable little bows and ruffles to spell out names. 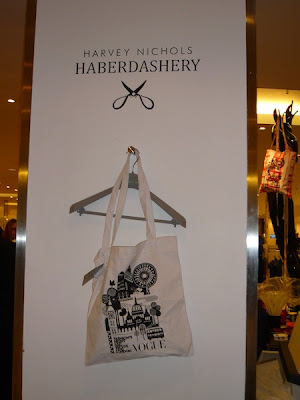 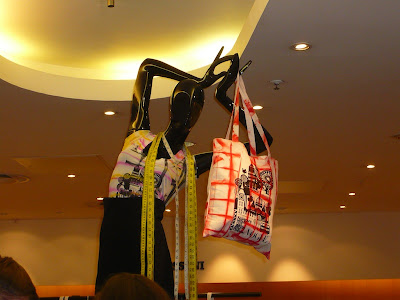 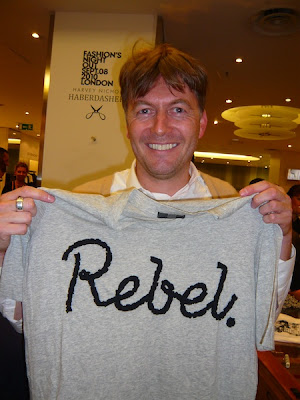 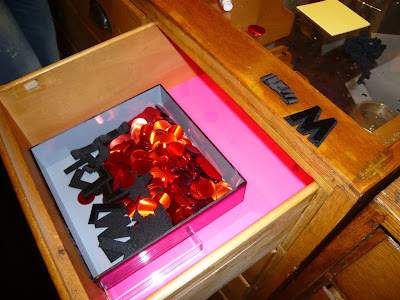 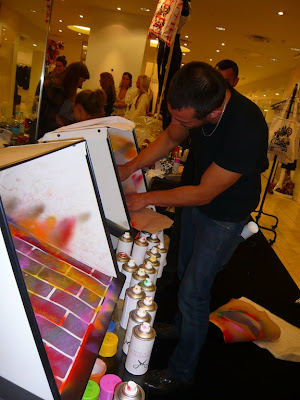 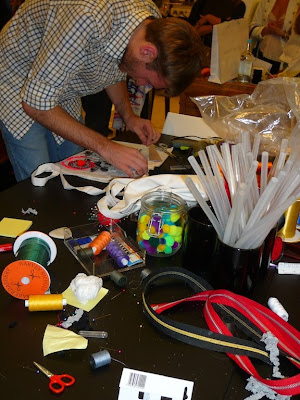 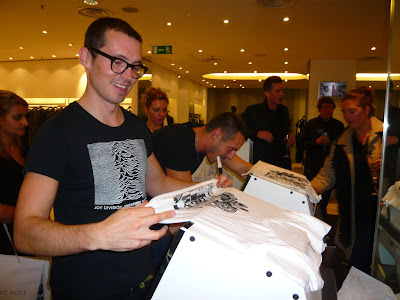 Upstairs on the 3rd floor, Christopher Kane signed pairs of his just-launched J-Brand collab jeans (reminding me of the hey-day of The Clothes Show Live when Ben de Lisi’s autographed carrier bags would sell for £10 each. Oh the heady days of the 90s!). Having that informal, personal interaction with designers is clearly something customers love and will pay for.
From other reports, especially on Twitter, it seems that London’s Fashion’s Night Out was an overall success. I wondered if the event could have been translated in some way for non-London online customers? I’m still not an online shopper so for me, the buzz and ‘live’ goings-on in-store were the attraction, but I think there must be scope to translate that live, in-the-moment excitement to online retail now.

What was your highlight of London’s Fashion’s Night Out?