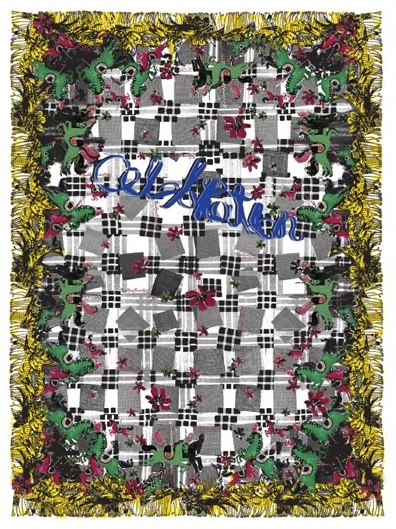 I never know quite what to make of Meadham Kirchhoff. Fiercely independent, one minute they’re anti the fashion system, the next they’re playing the game – but strictly on their terms. The Topshop extravaganza was their first big foray into the mainstream, followed by a collaboration with Amazon (Amazon? You can’t get more mass than that!) and now a neat project with Farfetch.com.

Along with Gary Card, Margot Bowman and Melinda Gibson, Benjamin Kirchhoff and Ed Meadham have created custom festive giftwrap (above) for the curated online marketplace and to go with, cooperated on a behind the scenes video. Farfetch managed to get a pretty good insight into the design philosophies, inspirations and processes from the famously prickly duo.

The giftwrap is a lovely way of adding some Meadham Kirchhoff magic to Christmas wrapping (especially as their RTW line is not cheap) and even more so if, ahem, you’re the self gifting type. But be quick, the custom wrapping paper is only available until 19th December.