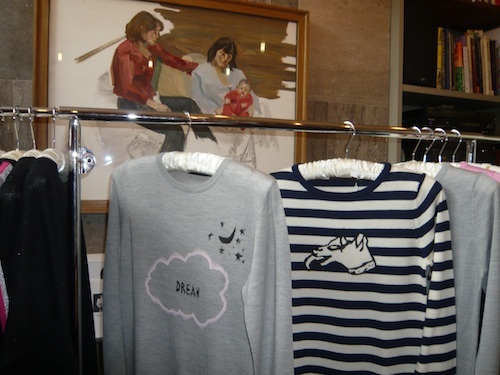 I’m sitting in Bella Freud’s living room, surrounded by her family photos, her dad’s artworks and her wonderful playful knitwear. Bella is seated in front of me, wearing faded-to-perfection flared jeans and one of her own Star Man jumpers talking about knitting. Who doesn’t know the Freud cult knits? From Ginsberg Is God to the hand drawn dog logo, they’re the kind of easy, anti-fashion pieces that have become a bit of a uniform for a certain London girl. Does she have a customer in mind when she designs? “Well I always think of my girlfriends…would Kate Moss wear this? Would Jemina Khan wear it? But in the end it’s whether I’d wear it. That’s my guiding point – if I like it then it has some strength.”

Freud has been doing fashion for decades; first assisting Vivienne Westwood before launching her own line of knitwear and tailoring in the early 90s. There have also been stints at Jaeger (I’m still pining for a particular fuchsia logo sweater) and the relaunched Biba in 2006 but somehow it always comes back to knits. “I never intended to do knitwear but it works for me because I can have a small business without having many overheads. Twenty years down the line I know what I don’t want and I don’t want to run a big business, I just want to be creative.” Freud has done the fashion circus thing, the shows, the drama, the system, but prefers the ease of operating on a more low key scale. “I’ve also found that knitwear becomes complementary. A buyer would buy my knitwear that would work with other people’s collections. It’s a good way of doing my own label but keeping it manageable without the logistics of a big production.”

Not that she’s anti fashion at all. She likes going to other people’s fashion shows (“Pam Hogg’s are really fun and I’d love to go to Giles Deacon’s shows, he’s full of ideas”) and she’s fully in favour of fashion films too, hardly surprising when you consider she is something of a pioneer of the medium, having made her first one in 1991 and her most recent one last year. “I always found I got my aesthetic across better in a film than a show. It’s not about trying to make a commercial film, the story is the important part and the clothes are more incidental.” Ah, if only more people thought like this.

What would she do if she was approached now to head up a design house? “I wouldn’t say no… I do love all the hands-on production side, the visits to the factories…” She has just finished making some special pieces for a Christian Louboutin pop-up shop but right now she’s finalising her selection for Bicester Village’s British Designers Collective, now in it’s third year. I cannot lie, I am very excited at the thought of Bella Freud at Bicester Village.

Why does she think people love a Freud knit? “There’s something about them that you think, ‘oh she looks nice, that’s interesting what she’s wearing’. The ones with the words can be interpreted by whoever’s looking at it or whoever’s wearing it. They’re playful. I think they express that you’ve got an imagination.” 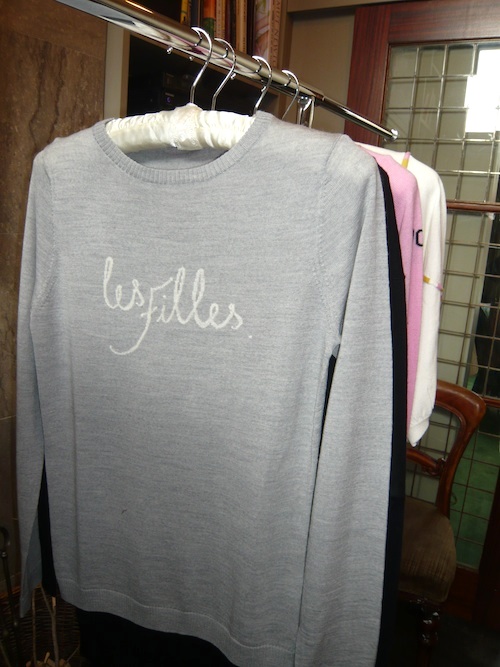 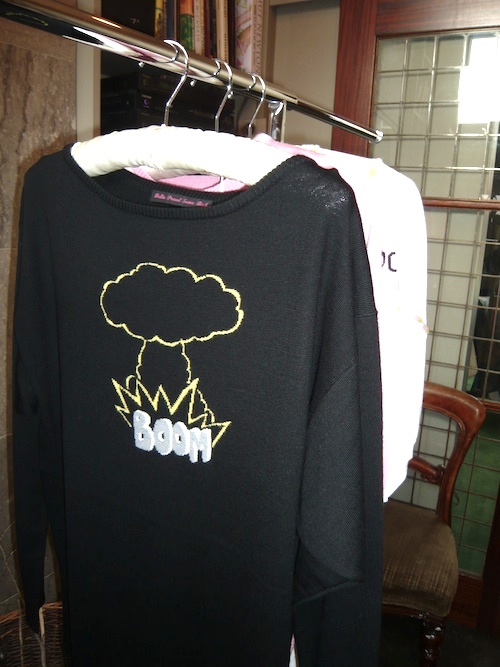 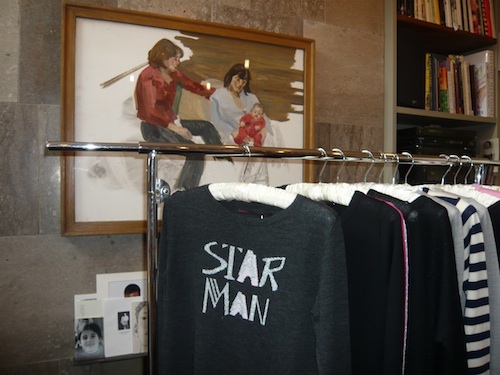