The battle of the glossy blogs

Back when the internet first started (let’s say circa 1998* for the sake of argument), Vogue was quick off the mark with its flashy website Vogue.com. It had news, it had runway pics, it had everything. But fast forward a few years and the other glossies are catching up. In 2009 it’s all about the now, now, now and that means blogs and Twitter.

This round of fashion weeks has seen a flurry of activity in the blogosphere with a race to see which fashion glossy can be the quickest, most prolific and most irreverent with their posts.
GRAZIA has the most experience having launched its blog Graziadaily.co.uk in September. Granted, it is a site in itself and has its own (albeit tiny) team while the others are kept going by the magazine staff.
Pluses: Ten posts a day, lots of info and lots of heads-ups on future trends. Plus a Twitter as well! Most on-the-ball.
Minuses: Posts aren’t timed or dated which means it’s tricky to keep track of. 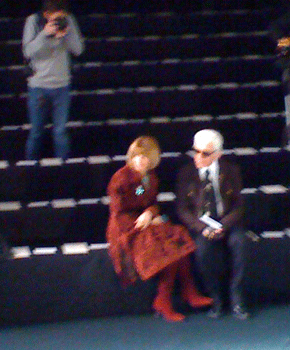 TEN MAGAZINE is lots of fun though slightly clique-y in its ‘we’re here, you’re not’ tone and self-obsessed photos of the team.

Pluses: Daily updates, behind-the-scenes peeks at fashion show fittings
Minuses: Slapdash presentation – some of the runway snaps really are crappy (I know mine aren’t much better but I’m not front row) 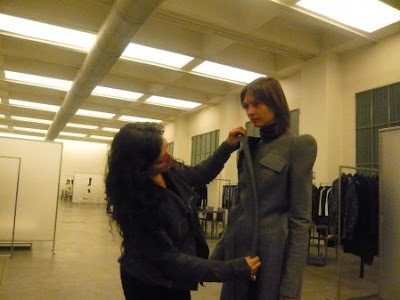 LOVE is the most insidery of them all and boy do we know it. Every other pic is a shot of Fran, Katie or the other one mugging for the camera with Roberto, Jeremy or Alber in a headlock. (But I like it really…)

Pluses: The Love crew are the most scene-y of all fashionistas so you get the best view of every show/party/re-see/launch.
Minuses: What happened to the comment facility? A blog without comments is a waste of time, no? 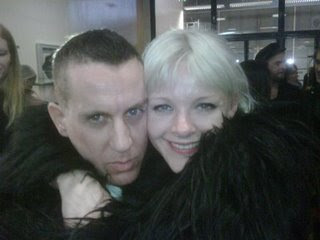 The nice thing about this leaping on the blog bandwagon is it gives a less formal insight into the world of fashion magazines. As the Brits are known for their humour, blogging lends itself particularly well to the antics of our fashion editors – yes we do play dress-up with the samples, we’d be mad not to!
*Obviously I know the internet started before then, but I mean in relevant fashion terms…

YSL’s new It Bag – the Sixieme Quote of the day