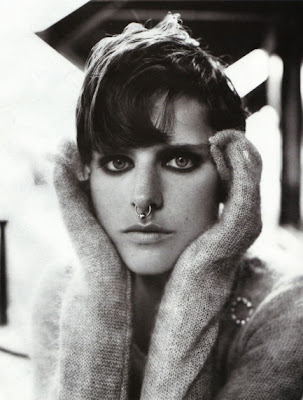 “Steven Meisel shot me for British Vogue in 1994. Then he asked me to go and shoot the Versace campaign. I thought it was going to be me and a few other grungy girls – instead I found myself with Linda Evangelista. Then I went to Milan for the Versace show. Gianni Versace stopped the music mid-rehearsal and said, ‘Who is that?’ They cancelled me immediately.”
Stella Tennant, Vogue

Disneyrollergirl Designers, Quote of the day