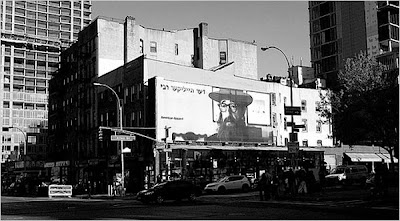 “Woody Allen expects $10m for use of his image on billboards that were up and down in less than one week. I think Woody Allen overestimates the value of his image.”
Stuart Slotnick, Lawyer.

Ouch, it’s leotards at dawn as Woody Allen and American Apparel prepare to go head to head in court.