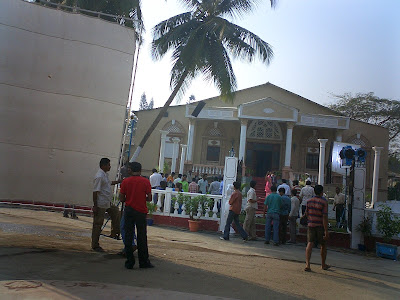 Day seven and I feel like I’ve been here for weeks. Funny how magazine offices seem to be the same the world over. Whatever country you’re in, the internet’s iffy, the assistants spend all day on Facebook and no-one wants to load the paper in the printer. However, working on a launch is totally different to working on a regular magazine. For starters, you hit the ground running from day one. I have already organised a location shoot – something that in an ideal world takes at least three weeks – in the space of three days.

One of my blogger pals (you know who you are) gave me a heads-up on a couple of Indian photographers. As luck would have it, one of them is available for my shoot next Friday and is a real non-control-freak sweetie. Result! He gets what we are doing and is happy to collaborate on our vision. After a recce to the location on Tuesday, I went yesterday morning to pay the deposit for the location fee. (All transactions here are paid in cash.) Of-course, Indians work on their own slow-time so arriving at what I thought was a reasonable time – 10am – I found that the organisers’ office was closed as they don’t pitch up til 10.30am. No worries, I whiled away the half hour watching the filming of an Indian soap. (Without giving too much away, my location is at the equvalent of Elstree Studios where they film Eastenders.) I also had a chance to check out the toilets as instructed by my English editor. As my photographer had pointed out, the hole-in-the-ground toilets aren’t quite up to scratch so we will need to employ the services of a ‘vanity van’, complete with flushable loo. Note to self: Do.Not.Forget.This. Something tells me that when we shoot at the Saltwater Grill restaurant (yup, the exact same place where Madonna ate two nights ago) in a few weeks, we won’t have to worry about this.