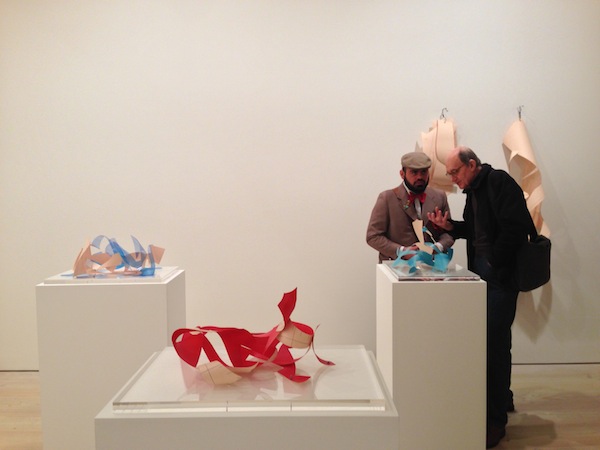 Showing at the Saatchi Gallery this weekend is Collect, the annual international art fair from The Craft Council, now in its 10th year. Go up to the top floor and you’ll find the Project Space, an area highlighting the conceptual work of eleven artists whose work bridges the gap between art and craft. Among them is Hormazd Narielwalla who is exhibiting five ‘Love Gardens’ sculptures, based on discarded military suit patterns. The fragile sculptures are assembled with paper, glue and staples, then screwed to clear Perspex bases and displayed on white plinths. You can walk around them to get different viewpoints and some use coloured acetate as well as paper, to cast shadows on their plinths, adding almost a fourth dimension. Seen from above, one of the Love Gardens reminded me of a dancing Matisse cutout. And actually, dancing is an apt description because when you talk to Narielwalla you get a very charming, romantic back-story. 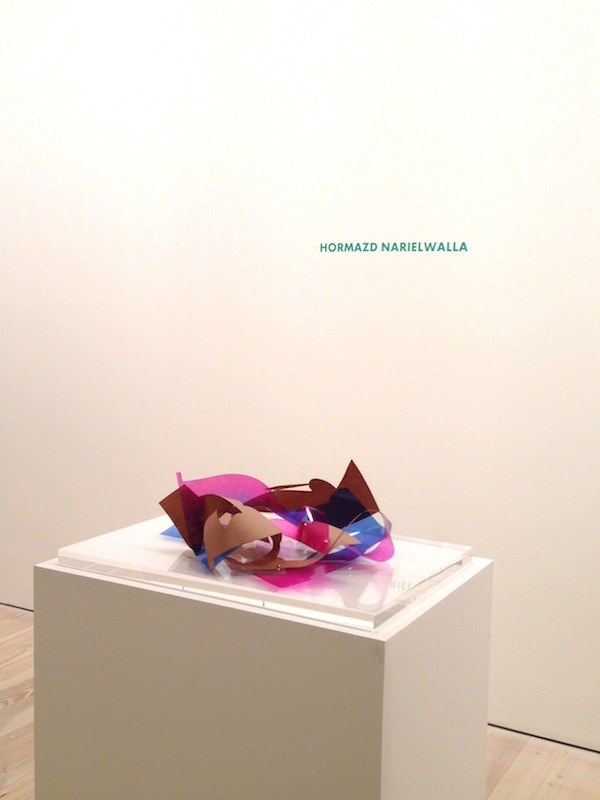 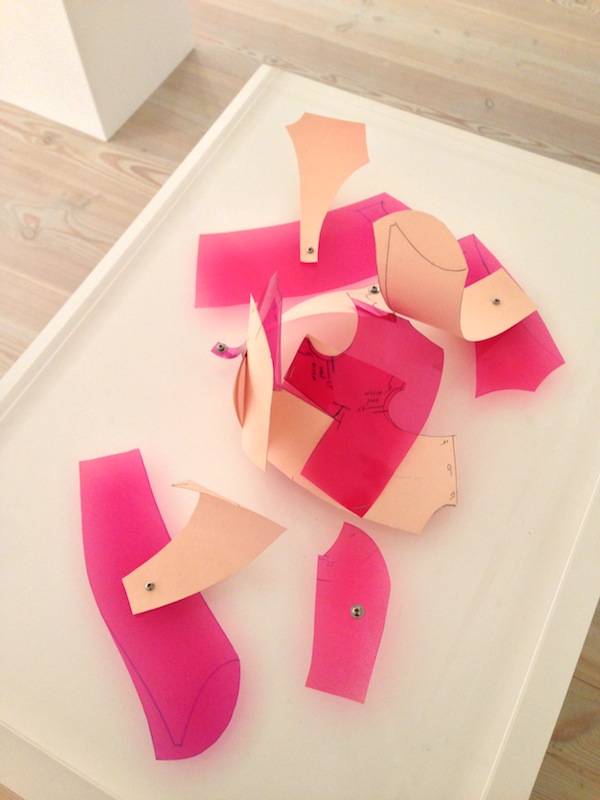 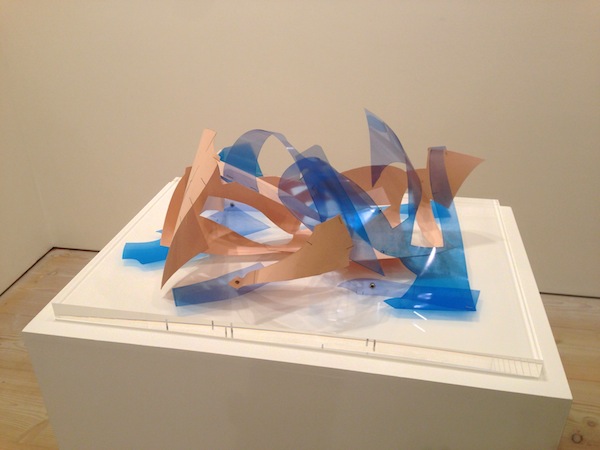 As a young boy growing up in Pune in India, Narielwalla fell in love with the TV series, The Far Pavilions – in particular, the object of his affections was the male officer, not the princess. Thus began a lifelong fascination with military costumes and so for these Love Gardens, “the paper patterns became an abstraction of the officer and myself. The coloured sections represent me and the neutral colour is the officer – it’s as if we’re dancing together.” 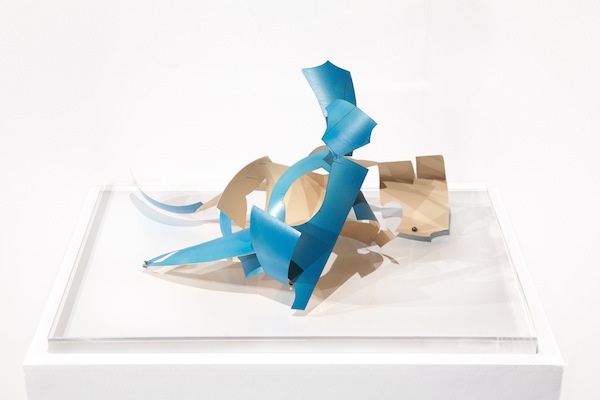 A few weeks ago, I visited Narielwalla at the Margaret Street Gallery where he is artist in residence. There he showed me some of the Love Gardens work in progress as well as his 2d paper collages, which he sells at Brick Lane’s Backyard Market in an effort to make his art accessible to all. And those pieces are also quite something – a mix of sweet and cheeky, adding text to graphic images.

Narielwalla studied commerce and marketing in Pune, eventually ending up in London on a PhD scholarship at London College Of Fashion. His study of military uniforms led him to Savile Row tailors Dege & Skinner who he persuaded to part with the redundant parchment patterns of deceased clients. As Narielwalla points out, historians don’t value dress or tailoring patterns, they’re considered simply part of a process, thus disposable. But his work with Dege and Skinner led to more research of all sorts of paper patterns, now hunted out on eBay and forming the basis of most of his art work.

The negatives spaces around the patterns, the markings and measurements, the notes, they all add up to rich artists materials that contain an extra, unexpected meaning from their previous ‘owner’. But while the raw materials are fascinating and quite unique, it’s the ideas and execution that makes the work stand out. 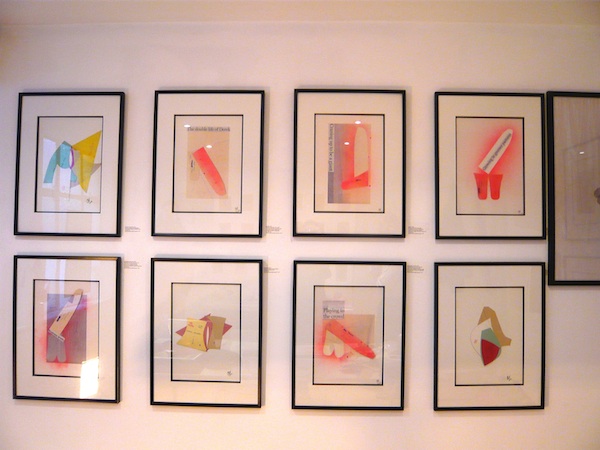 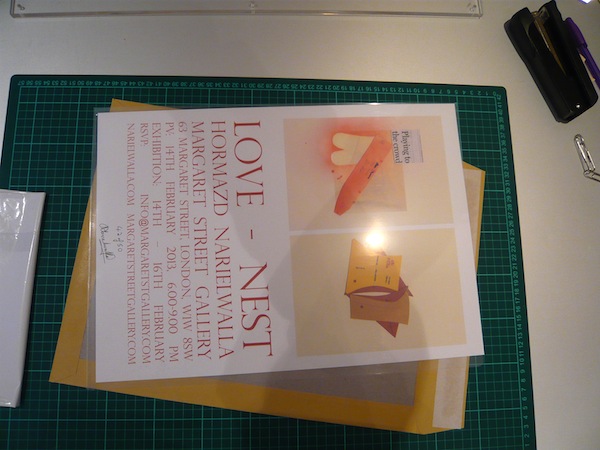