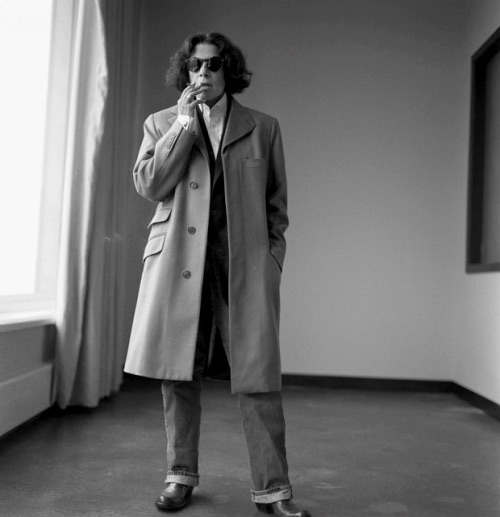 Fran Lebowitz is trending on my social media timeline. The New York writer-slash-social-commentator was spotted at yesterday’s DVF show (who knew they were BFFs but a quick Google Images search shows they are well acquainted) and then kept appearing in my Insta feed.

In the weekend’s T Magazine, she appeared in a photocall celebrating New York’s arts heros of the 70s and 80s as well as this behind the scenes vid (also in attendance: Fab Five Freddy, Iman and Lauren Hutton).

And here’s a video I saw on Twitter, where she expounds on the effect of the 1980s AIDS crisis on art and arts audiences. This is an interesting topic at the moment as it just wasn’t talked about at the time – everyone was far too terrified. It’s worth a listen (if you can keep up with the rapid-fire delivery)…

Can we have Fran for the next Celine campaign please, Phoebe?

Beam me up: how to fake an autumn glow & another thing