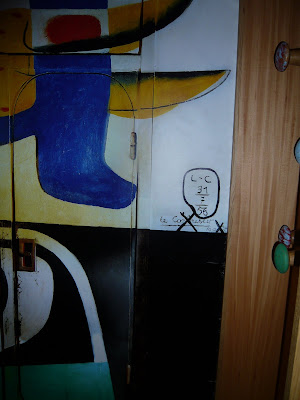 To say Thursday was a whirlwind of activity would be an understatement of preposterous proportions. As well as press days, the Alexandra Shulman FBC talk, a whizz across town to a digital lab and an ICA charity gala dinner, I somehow managed to cram in tea at the RIBA. The Royal Institute of British Architects is a building I have passed dozens of times but never had time to venture inside. Big mistake. Aside from its elegant interior and charming cafe (where we had tea and brownies surrounded by textbook architects complete with Mac laptops and Moleskin notebooks) we browsed the Le Corbusier exhibits which comprised various classic chairs, tables and sofas from the Cassina I Maestri collection.

On the first floor was a reconstruction of the famous Le Corbusier Cabanon. The architect designed and built this sexy little hut in 1952 as a holiday home for him and his wife Yvonne in Cap-Martin. The outside is pretty basic and anonymous while the interior is widely recognised as a superb example of micro architecture. (Did I impress you with my knowledge there? Don’t be fooled, I totally read that in the notes. However, I’m determined to sneak the phrase ‘micro architecture’ into everyday speech…) After donning the comedy showercap-chic shoe covers, we explored inside the Cabanon and took a few sneaky snaps. You would never think to look at this now, that it was designed over half a century ago. All its nifty nooks and crannies and built-in storage ideas are now commonplace in day-to-day living but were the height of innovation 50 years ago. The building itself is not that big (15 square metres) but you really get a sense of space and function. This Le Corbusier mini-exhibition is on until 28th April so if you like a bit of culture with your elevenses, I highly recommend the RIBA (and the bookshop is rather tasty too). 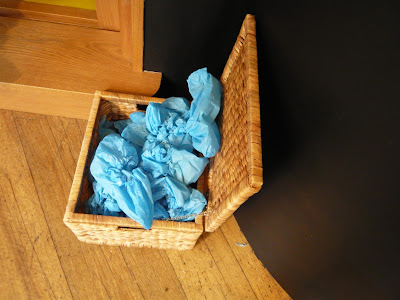 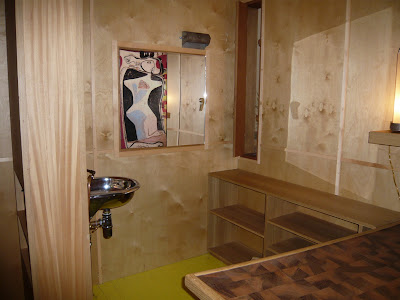 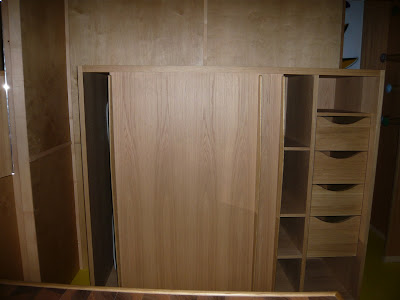 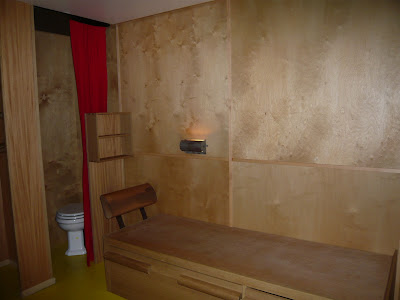 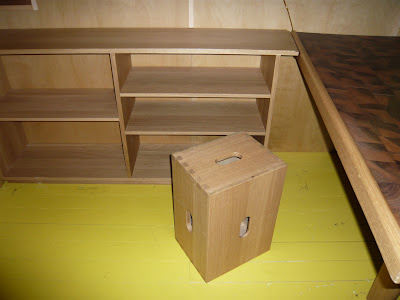 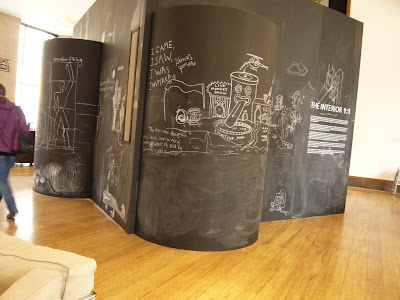