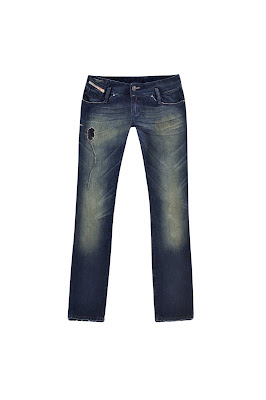 While news circulates that Miss Sixty’s UK operation has just gone into administration, its competitor Diesel is on fire! Diesel’s latest ruse is ‘Dirty Thirty’, a promotion celebrating its 30th anniversary in which 160 stores worldwide will sell 30,000 pairs of their Matic (womens) and Heeven (mens) jeans for £30. The jeans go on sale on October 10th at 10am with the first influx of customers also given invitations to one of the anniversary bashes taking place in 17 countries on October 11th. Yikes, that’s a lot of canapes. The UK party is at new club Matter with Mark Ronson headlining – surely reason enough to join the queue, never mind the jeans?

It will be interesting to see whether this event is a success. My gut instinct tells me yes. Consumers have always responded to novelty and hype and by tying in the credit-crunch friendly £30 gimmick, I think it’s a pretty savvy move. (Mind you, whether the jeans are kept as collectibles as hoped by Diesel or end up on Ebay is anyone’s guess.)