A day at Dr Martens 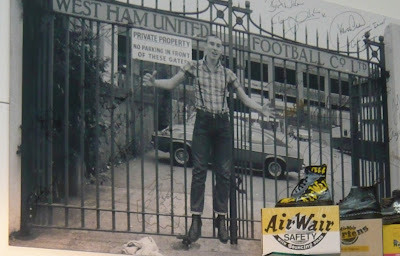 Heritage is the watchword of the moment, so how timely that Dr Martens should invite me on a trip to their super-dooper factory last week. The British workwear boot company celebrates its 50th anniversary this year and has, ooh, millions of projects on the go to celebrate. On arrival at the HQ in Northamptonshire, our first stop was the showroom where the AW10 collection was unveiled. Ta da! There are polka dots, suede brogues, kiddy colours and a whole family of metallics in store for next season… 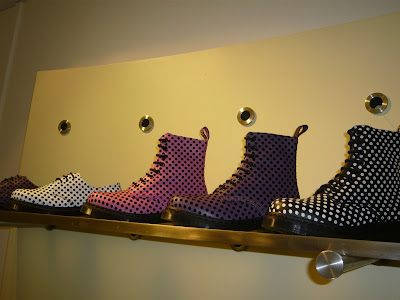 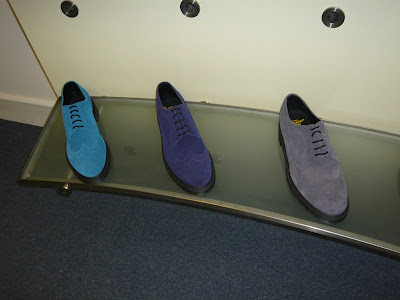 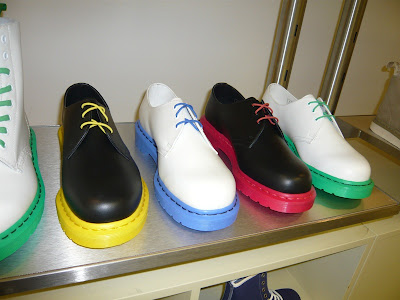 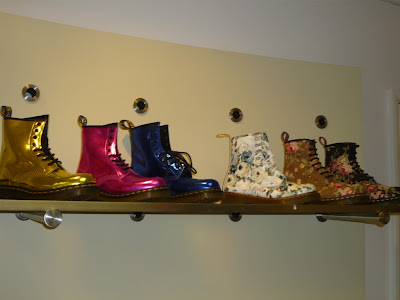 I was quite taken with the velvets. Although they may look a bit ‘Dr & The Medics‘, they’re made with very posh Italian velvet. I was urged to stroke them and yes, they did indeed feel lovely and luxe. These made me think of early 90s Nick Knight shoots, Sonia Rykiel, Ann Demeulemeester and dandyish blouses with floppy bows. 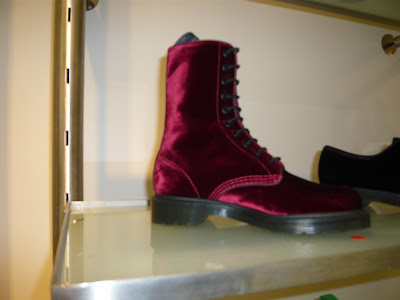 I was also drawn to this Redwing-like silhouette. Fact: 75% of the Dr Martens range is available in both mens and womens sizes and this is one of them. 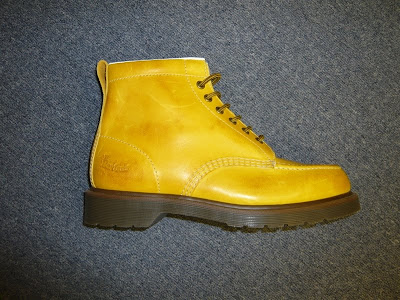 Typically, my favourite style was the most fancy offering, the pebbled leather 1460s which are so super-precious they were secured behind a glass cabinet. Dr Martens are only selling 1460 pairs in each colour as a special celebratory collector’s item and they went on sale last Thursday (I know, I know) so may well be sold out. 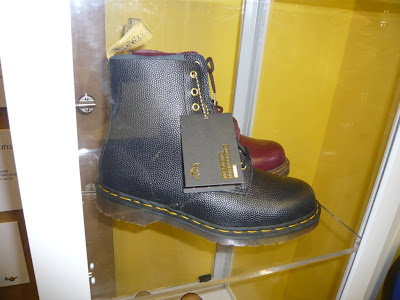 There is also an attempt at enticing the Ugg customer with a £200 shearling bootie. Note, it’s made from real shearling, hence the price, none of this cheap stuff. 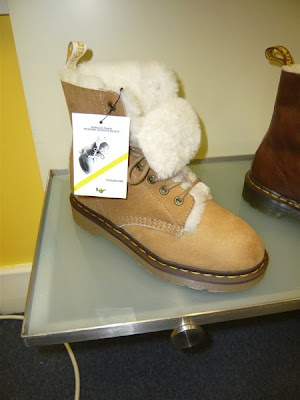 Also in attendance were creative directors Andrew Bunney and his wife Tommy who have been working with Dr Martens to get the right balance of fashion and function in the collections. These guys have really nailed it and looking at the number of failed rebrands I’ve seen over the years, this is no easy feat.

Dr Martens’ heritage is workwear but from the 1970s onwards, it was adopted by one youth culture after another. Punks, skinheads and indie grunge kids all adopted the boots as their own reactionist uniform, giving it a reverance that few other brands command. Part of the celebrations this year include ten bands recording ten cover versions of cult classics. We were given a sneak preview of three, of which I loved If The Kids Are United by The Duke Spirit (the Jamie Morgan-directed video is a beaut too).

But onto the fun bit – the Dr Martens factory tour! Why am I such a factory geek? Dunno but it was fantastic to watch a whole shoe being made from start to finish. 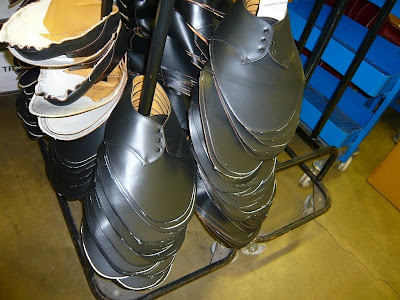 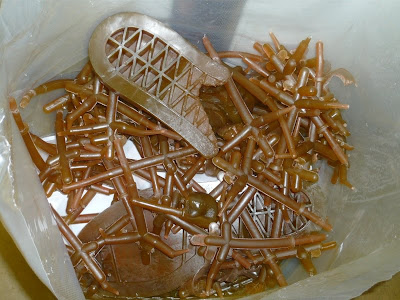 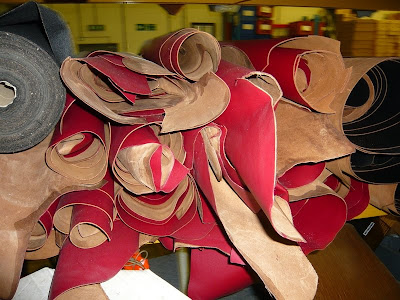 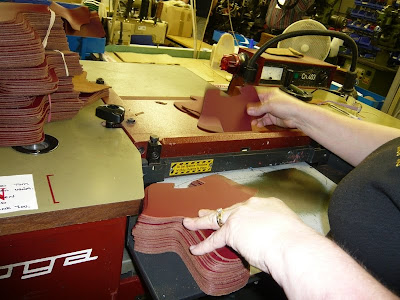 Fascinating fact: I call these ‘Tim Walker’ trollies. Tim Walker has one in his house. Amazing! 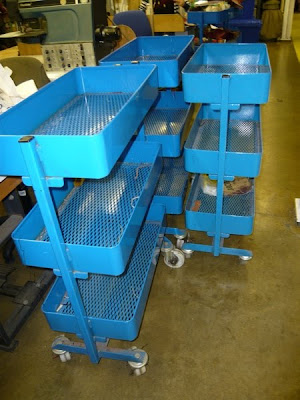 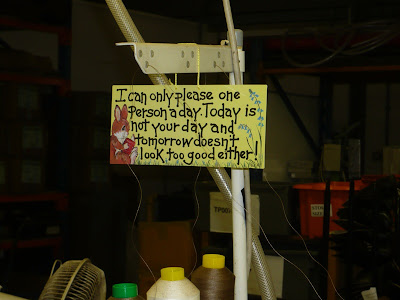 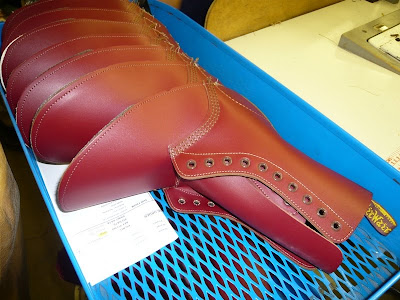 A machine for dispensing double-sided tape! 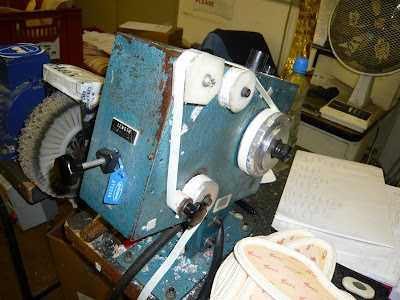 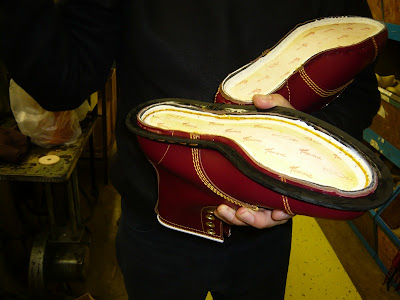 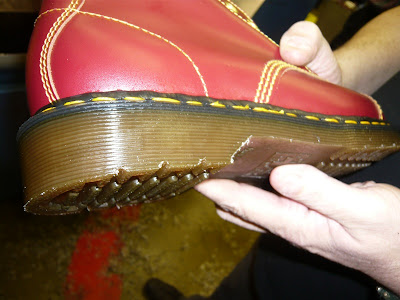 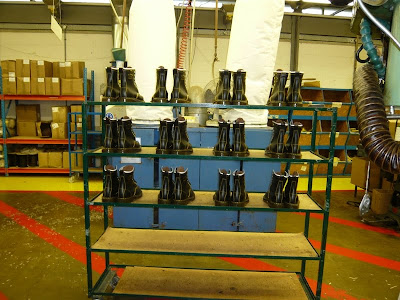 *In the early 90s, the factory produced a million pairs of Docs a month. The factory was in use 24 hours a day to keep up with demand.

*There is a machine just for making the grooves in the side of the soles. Who knew?

*The Dr Martens leather protection cream can also be used on leather jackets and sofas. Fancy!

*The factory will be open once a week to the public so you too can have a guided tour.
Happy anniversary Docs!

House of fun High heels that are good for you? Get outta here!