Yayoi Kusama is an artist I don’t know much about other than seeing and liking pictures of her dot artworks. After establishing herself as an artist in New York in the 60s, she has spent the last three decades living in a psychiatric institution in Japan and she has collaborated with Louis Vuitton on a collection to be launched in July. She believes that painting too much drove her mad and much of her work shown at the Tate Modern’s new exhibition (opens tomorrow) deals with themes of obsession and repetition. Most freaky are the ‘soft sculptures’ of stuffed fabric phalluses sprouting from shoes and furniture – I dreamed about them last night.

You are greeted on the concourse by her famous Dots Obsession balloons and then the exhibition takes you through early paintings to the bigger Infinity Net works – painstaking repetitive paintings of textured brushstrokes – and the  soft ‘accumulation’ sculptures. I was informed by my companion Hips Like Boys that there were echoes of Louise Bourgeois (another artist I don’t know enough about) in Kusama’s work.  There are also plenty of supporting sketchbooks and artefacts on show, something I’m always excited to see, including early letters from gallerists and posters for her nude happenings.

I was most interested in the collage pieces from the 60s and 70s (Kusama was a contemporary of Warhol and Joseph Cornell) and the disorientating installations of a spot-covered ultra violet room and the Infinity Mirrored Room. I can’t describe it, you will have to try it out. 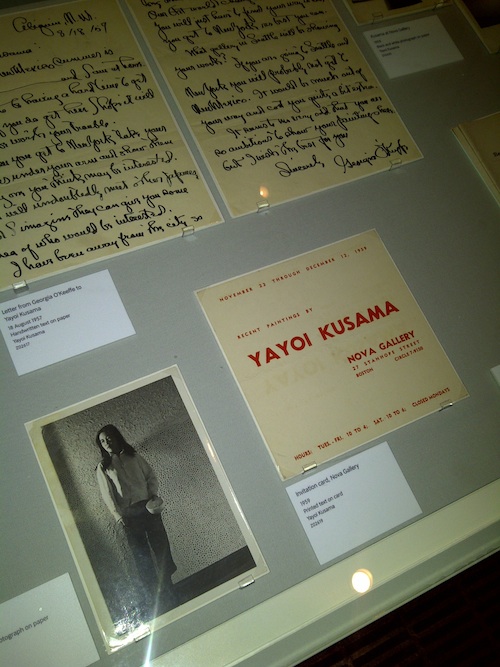 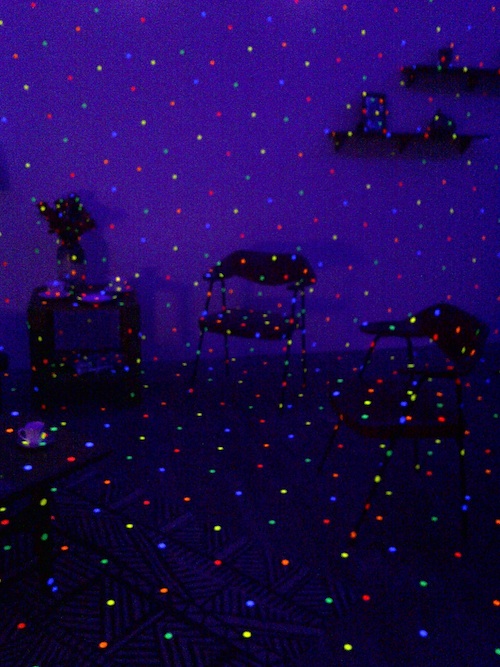 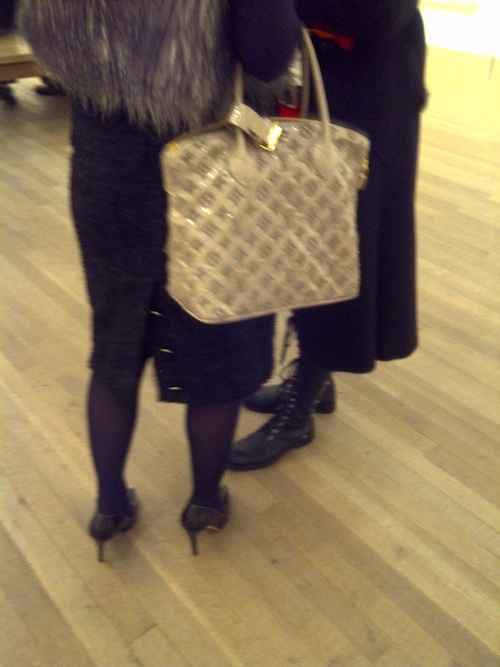 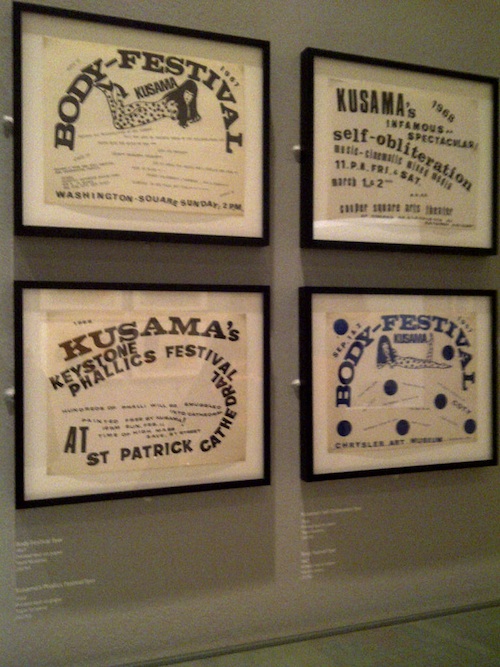 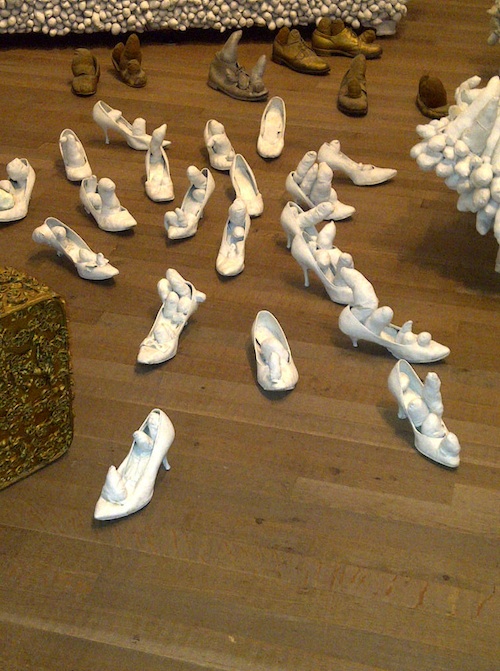 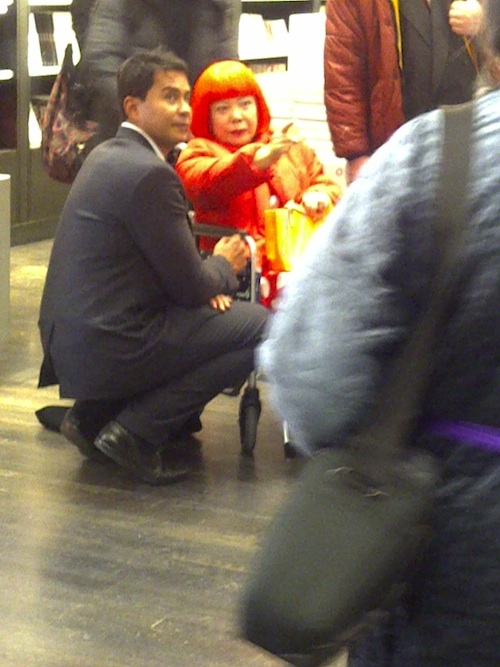 The shop has some great products available, including the Love Forever tea towels and a Kusama illustrated Alice’s Adventures In Wonderland that I’ll most certainly go back for.