The beginnning
Almost four years ago I started a blog. Working as a fashion editor by day and doing extra freelance writing by night, I still didn’t feel I had the opportunity to say what I wanted to say. On a mainstream magazine, fashion is about visuals, the few words you may write are headlines or rehashed press releases disguised as ‘news pages’. Yet beyond the obvious trend reports and new product launches, there’s a whole world of fashion that the average person doesn’t get to see. I decided to blog about it.

The middle
I didn’t set out to be an anonymous blogger but the fact that no-one was reading the blog and I hadn’t told anyone I was doing it meant I could quite easily write about anything and everything blissfully undetected. I would blog about press days, fashion shows and industry gossip quite hidden behind the veil of Disneyrollergirl. But as I started to enjoy blogging and engaging with other bloggers, it became harder to hide. At the same time, the teen magazine I worked on folded and I went freelance. I could blog even more as my hours were more flexible and the work more varied. The blog attracted some regular readers and PRs started to invite a few bloggers to their press events. Most of the time I was able to attend these press events as the real ‘me’ and still cover them on the blog.

Then something happened. Practically overnight, the fashion industry fell in love with blogging. Everybody wanted to engage with bloggers and invite them to their bloggers’ breakfasts, lunches and teas. Having quite enjoyed being invisible up until this point, suddenly the novelty of managing two identities wore off and I chose to out myself to a couple of PRs. As expected, one PR told another, who told another and soon the identity of ‘Disneyrollergirl’ was an open secret in the industry.

The end of part one
At the same time, I realised that blogging was developing into something bigger. In the journalism world, content and commerce were merging as online publications also became shopping sites and fashion etailers upped the quality (and frequency) of their fashion content. Bloggers were being courted and consulted by brands and some even had their own Youtube channels. I made the decision to redesign the blog to incorporate some more features and as the blog reaches its fourth anniversary, the new look Disneyrollergirl is almost ready to be unveiled (but alas, not quite). The blog content will continue as it always has done but of course, I can’t stay anonymous any longer!

So thanks for reading this far, I hope you’ll stay for part two… 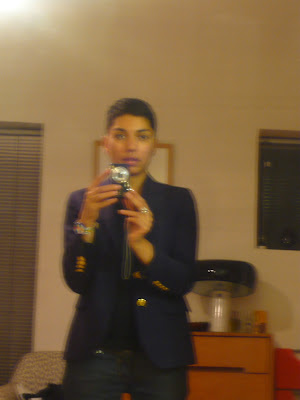