Quote of the day: Bianca Jagger 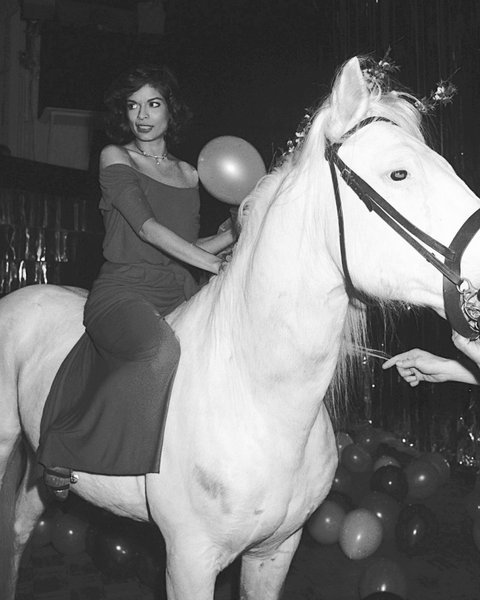 “I often ask myself how people visualise this fable…Where was Mick during this time? Was he holding the reins and pulling me and the horse through the streets of New York, or following submissively behind me!?”
Bianca Jagger’s letter to the FT, putting the white horse myth (partially) to rest.

Never let the truth get in the way of a good story, says the old saying. But Bianca Jagger has had enough of the story that she rode a white horse into Studio 54. No, she merely jumped on one that was already there. Hey ho. Her admonishing letter to the FT is worth a read though, and not without humour, intentionally or not. Click here if you’re an FT subscriber. Or see the below… 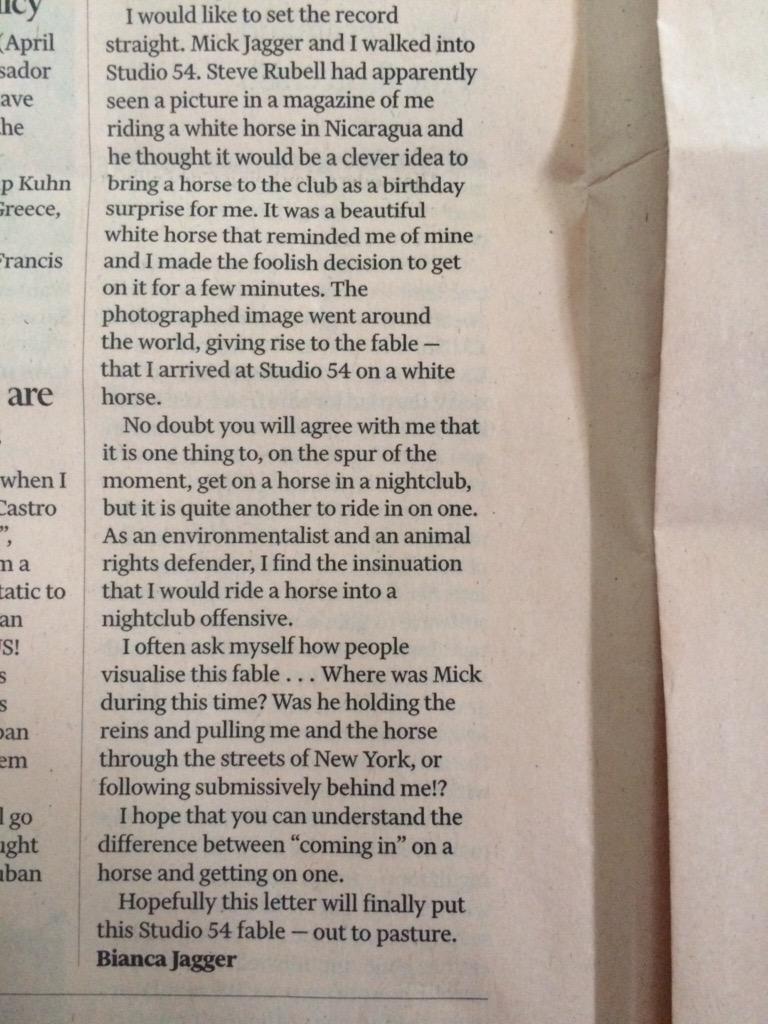 ASK ALISON: IS IT A STORE OR A HOME? How to get a million Pinterest followers