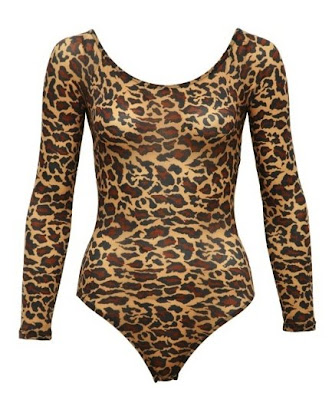 What can I say about Monday night’s workout at the Pineapple Dance Studios, followed by dinner at the Ivy? Memorable, would be an apt description. Me and my lucky cohorts were gifted a lovely big goody bag before the event (which is always a nice touch) containing our choices from the imminent ASOS Pineapple Originals collection plus a pair of I-think-these-are-ironic legwarmers and a copy of Pineapple founder Debbie Moore’s autobiography, When a Woman Means Business.*

We were asked to arrive wearing our chosen dancewear so I obediently turning up in my leopard-print body and Pineapple-logo slouchy tee. “It won’t be a hard workout” promised the PR who I can reveal to be a dirty, rotten, low-down liar. Readers, we stretched, reached, arched, gyrated, catwalked, vogued, huffed and puffed our way through the workout. It looked a bit like this. It was brilliant actually, we totally tore it up. Even better was post-workout we tottered along the Covent Garden cobbles (by now out of our Lycra and into our heels obv) to the Ivy where we were entertained by dance teacher Louie Spence and Miss Pineapple, Debbie Moore herself. Wow, could these two tell stories (alas, not much that can be repeated here – or anywhere else for that matter).

Debbie’s story is a fascinating one though. She started off as a model before deciding to open a dance studio in an old pineapple warehouse. Don’t forget, this was the eighties, before Tamara Mellon and Natalie Massenet and Debbie had not an O’level to her name nor an iota of business experience. Not long after, she launched her clothing line and shortly after that she became the first woman to float a company on the London Stock Exchange. A few years later she bought the company back and continues to run it from the same building in Langley Street.

ASOS’s womenswear buying director, Caren Downie had the idea for a Pineapple collab ages ago when she was buying director of Topshop but it has taken a while to get off the ground due to various manufacturing issues. For example, Debbie was adamant that she didn’t want to whack out any old collection and slap the Pineapple logo on the front, she wanted it to properly channel the original ethos, design and fabric quality. But as the years have passed, many of her suppliers have shut up shop and the new ones didn’t necessarily get why she was so fussy about the cut of her leggings or the ‘handle’ of her grey marl sweatshirting. I found this interesting as it was the first thing I’d noticed when my outfit had arrived. Not only were my pieces well cut but the quality was a thousand times better than I’d expected (sorry ASOS). This being a capsule collection, it’s small and focussed but the mix is spot on with simple basics (loose logo tees and a lovely blue loungy all-in-one) mixed with more racy pieces (leopard-print leggings that lace up the back). It’s not strictly a dance workout collection either but designed to be worn post-workout as well as out clubbing (hello leopard-print body) as loungewear buyer Hayley Moore pointed out. Kind of like American Apparel but less hipstery. I like that they have used the exact same leopard-print as the eighties originals and that ASOS is as inspired today by Pineapple’s dancers as Debbie Moore was when she first created the Pineapple range thirty-odd years ago. The original collection was based on dancers and the way they layered their tights and tees in their own unique way and things have now come full circle as all those styling touches are now being reinterpreted by a new generation. 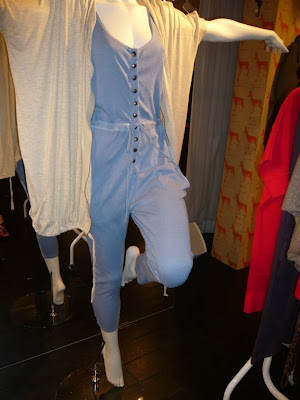 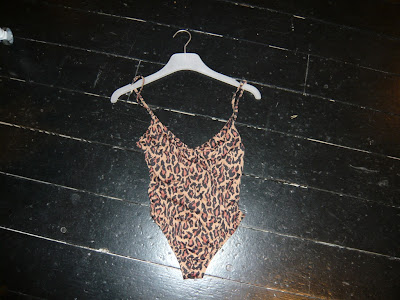 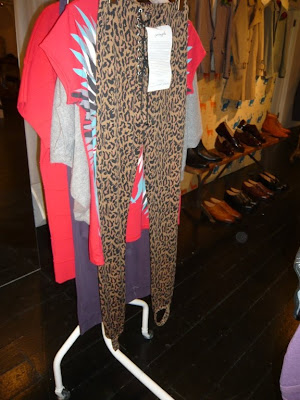 PS: LAST CHANCE TO VOTE DISNEYROLLERGIRL IN THE DAZED/GSTAR BLOG AWARDS! (You can vote once a day until Monday.)

I’m not one to boast but… Damn hot look book alert!