If you’ve never been to America before, prepare yourself for a whopping great shock when you first visit Anthropologie which opens in London this week. It’s a fashion store but unlike anything you’ve ever seen. If you thought Selfridges, Dover Street Market and The Shop At Bluebird were temples of loveliness, this place will knock your sequinned Miu Miu socks off. Firstly, the space itself is a beauty to behold. A former Wedgewood store, the building has been gutted and rebuilt with a spectacular staircase and Anthropologie’s signature love-worn fittings slotting nicely into place. A tremendous amount of thought goes into the interior of all Anthropologie’s stores, ensuring each store has its own identity. And when I say a tremendous amount of thought I mean like having a wall made of (according to Grazia) 11,000 plants which are watered via rainwater collected from the roof.

Anthropologie is a fashion store that doesn’t really do ‘fashion’ fashion and that’s exactly what I like about it. It’s a boulder-shoulder free zone! Instead you’ll find preppie blazers with elbow patches, an array of super-skinny jeans (minus the need for fake tears and fading), artfully embroidered cardigans and lots and lots of beautiful costume jewellery merchandised the way only Anthro knows how – piled in multiples. The visual merchandising is the real hero of the show here, there is not a single area where your eyes can rest without feeling inspired. For me, it’s all about the lifestyle elements, the vintage furniture (although don’t expect it to be cheap), rustic quilts, kitchenalia, stationery, won’t-find-anywhere-else books, a display of alarm clocks and a wall handpainted in different shades of green. 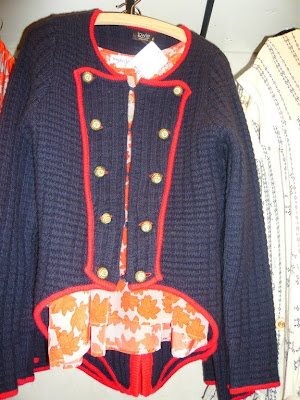 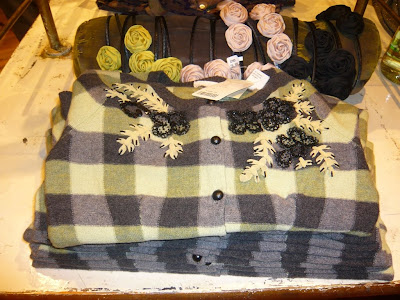 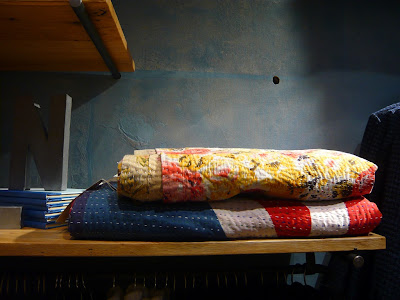 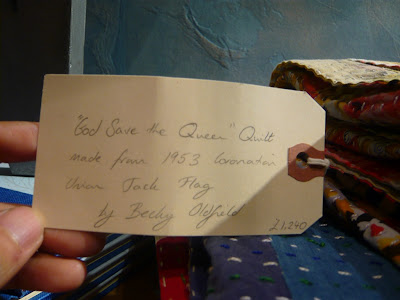 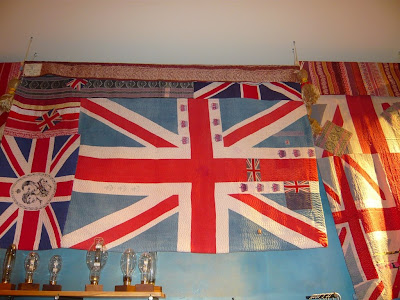 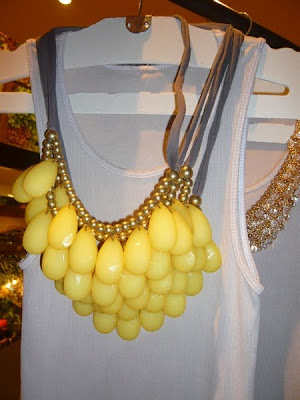 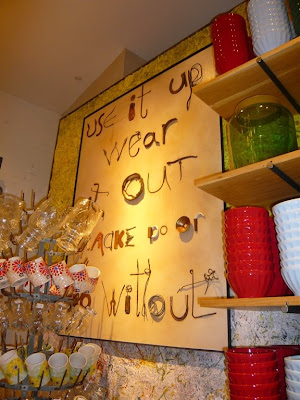 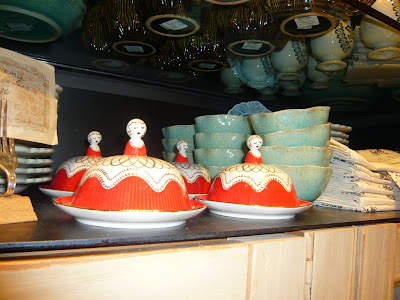 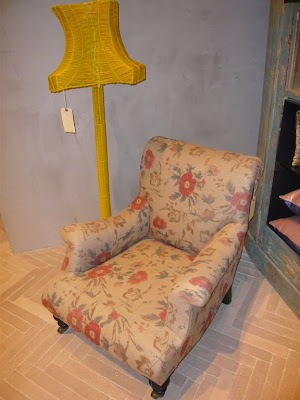 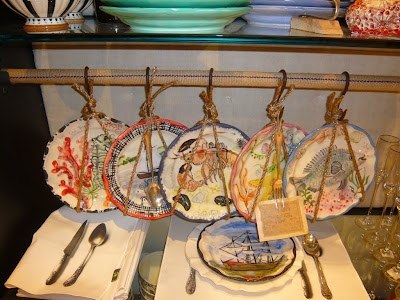 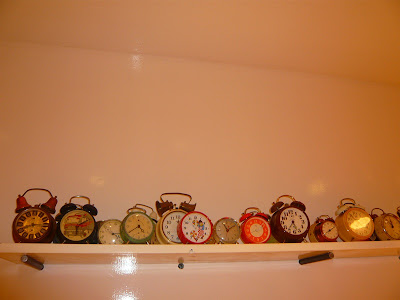 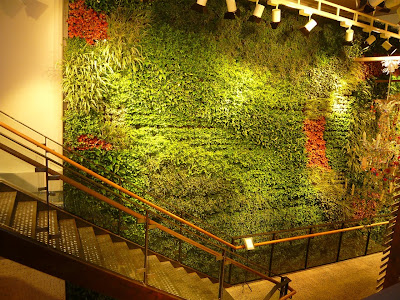 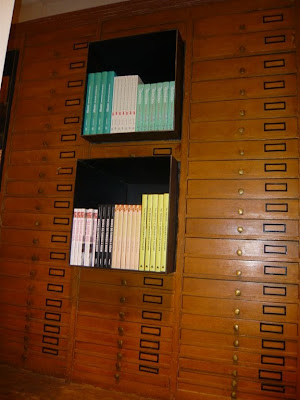 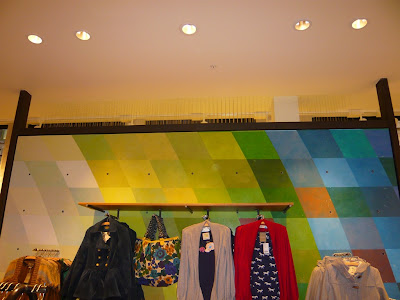 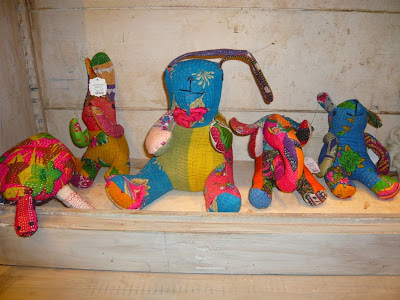 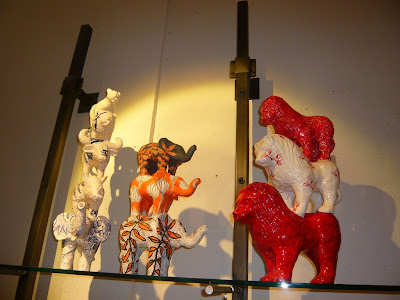 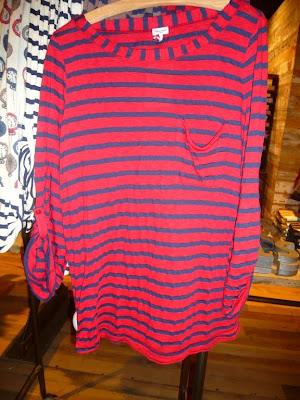 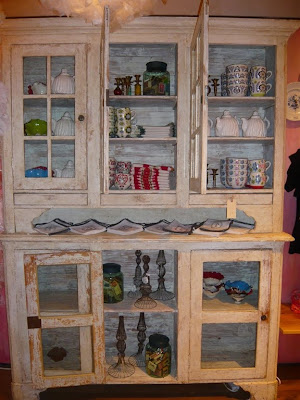 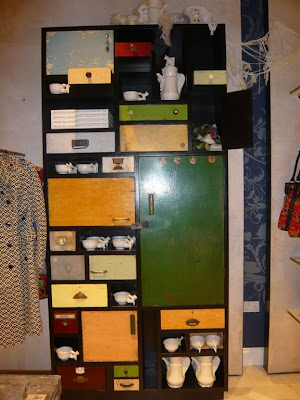 And so to the canapes. I was given a sneak preview this afternoon at a press tea party and as expected, this wasn’t just a few platters from Pret. We had cheesecake, we had raspberry tarts, we had sandwiches, we had cupcakes, we had scones … shall I go on? In fact, it’s a shame Anthro doesn’t have its own little cafe but hey, I suppose it’s good to keep us wanting more… 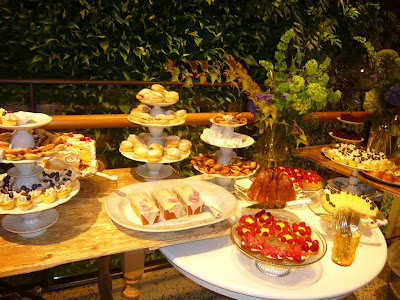 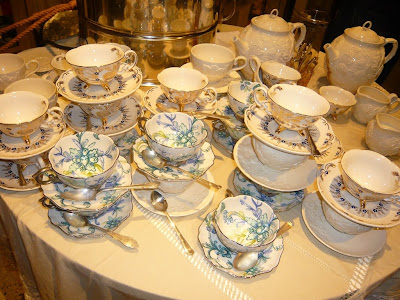 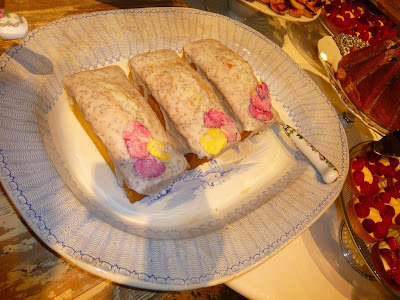 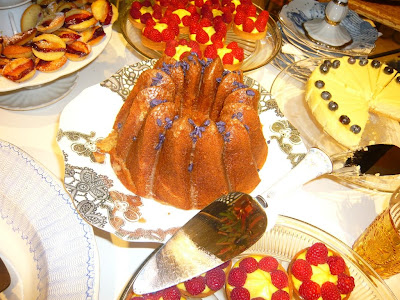