When exclusivity and luxury collide 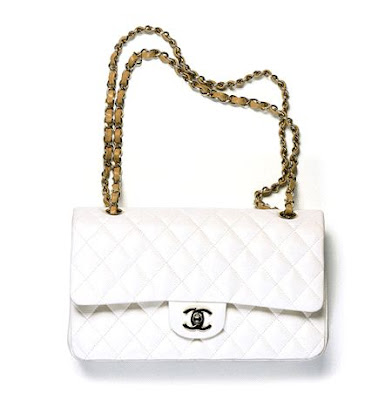 As John Lewis predicts a downturn in high street spending, interesting developments are afoot in the luxury market. Only a few months ago, the clever fashion-follower was all about an on-trend bargain from Primark or New Look. It was still a novelty to find a catwalk-worthy coat from Peacocks for only £40. But brace yourself, things are shifting and they’re moving up more than a gear or two.

In the post-bling noughties, everyone has access to the cachet of designer labels whether it’s the £80 Comme Des Garcons purse or the £50 Louis Vuitton hair bobbles. Hell, it’s even considered normal to drop £800 on a Chloe bag when only a few years ago £500 was the average. So what’s a fashionista to do to distance herself from the hoi polloi? Trade up of course.

Hebden from Style…A Work In Progress revealed last year that Hermes is taking its watch-making operation in-house (www.styleawip.blogspot.com/2006/10/girl-youll-be-woman-
soon.html). With strict quality controls and its own staff and premises, prices are set to be pushed up six-fold. My prized Hermes Medor watch (which took many months of saving, not to mention a wait of several weeks) cost £700 five years ago but will most likely cost well into four figures in the not-too-distant future. Similarly, Hebden also reports a rumour that Chanel bag price hikes are likely to take effect sometime before November by as much as 22% (www.styleawip.blogspot.com/2007/08/inflatation-frustration-
vs-conjunction.html). Better get those 2.55 orders in fast girls!

What has caused this sudden upswing in the luxury sector? Evidence points at a ploy to get the luxury brands out of the clutches of the middle classes and create an uber luxury status for the ultra rich. It makes sense; now that the accessible luxury market has been exhausted (who doesn’t own a Mulberry keyring or a mini Smythson notebook?) the logical conclusion is for luxury goods brands to go the other way to unaffordable luxury. Despite what you may think, there are still plenty of rich people out there with money to spend on pointless purchases.

Globally, luxury markets are expanding at a phenomenal rate. India, China and Russia are all opening up to a super-luxe market they’ve never experienced before – they want status symbols too! Which also goes to explain the opening of departments like the £10 million Wonder Room at Selfridges with its unfathomably expensive laptops and Simon Finch rare books, and stores like Tom Ford’s Madison Avenue menswear flagship (complete with butler to greet ‘guests’, I mean…please!). Not to be left out, Harrods’ Timeless Luxury promotion features 140 brands that have produced limited edition pieces such as a Fissler gold and diamond cooking pan – hmmm, I really need one of those.

Note the limited edition aspect. Instead of luxury for the masses, this is exclusive luxury for the chosen few, hence the new Etailer www.20ltd.com which sources small runs of desirable items that will never be made again. At London Fashion Week, the trend continued with Linda Farrow’s new fine-jewellery encrusted sunglasses range launching in spring. Think gold-plated bespoke sunnies retailing at around £10,000 – imagine losing those in a club.

You may be wondering what the bobbins this has to do with you but don’t scoff too soon. There is always a trickle-down effect and where Hermes and Chanel lead, others will follow. Whether it’s fragrance or make-up, or even those pesky LV bobbles, chances are the prices will leap up, limited edition ranges will breed and we’ll all think it’s entirely acceptable to spend silly money on an alligator-skin TopShop handbag or a gold-plated Mac lipstick. Don’t say I didn’t warn you!

London Fashion Week – the highlights How did you know ‘cause I never told, you found out I’ve got a crush on you