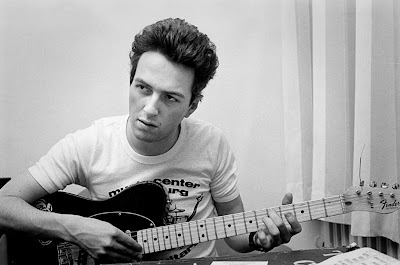 Madame from Shop at Maison B has tagged me to list my ‘seven songs I’m into right now’. Oh where to start? I must be the only person in London who never listens to her ipod. I mean I have one, but I never listen to it, which means that when I do decide to give it a whirl, it’s run out of charge. And also *whispers*… I don’t know how to upload it. I know, I’m a techno-moron, really I am.

To be honest, I’m quite happy playing my crackly old tapes (only £2 from the record & tape exchange!) so the winner of most-played song so far this spring/summer is The Jackson Five, Girl You’re So Together. In fact, I highly recommend any greatest hits Jackson Five album, every song’s a winner!

When I’m not listening to tapes, I listen to my treasured 45s. This week it’s The Mighty Wah, The Story Of The Blues. Talk about an uplifting anthem, Phil Spector eat your heart out mate! Another uplifting sing-a-long-a-belter from many moons ago (sorry I don’t do ‘modern’ music apart from cute-looking French bands) is The Flirtations, I’m Gonna Be There. Pure feel-good music to lift you out of the biggest doldrum. I don’t know a jot about them but D brought this home last month and I make him play it on a daily basis – gotta love those heartwarming harmonies.

The song I’ve had in my head all week is Phoenix, Too Young from the Lost in Translation soundtrack. In fact, the entire album is amazing, not a duff song throughout. And the intro to Jesus & Mary Chain’s Just Like Honey at the end always stop me dead in my tracks (which reminds me, must see that film again).

When I’m not listening to tapes and vinyl, I listen to music on YouTube. Joe Strummer’s version of Redemption Song is really touching not least because of the intro to this video (spot the Jim Jarmusch cameo). I’m so going to visit that mural when I go to New York in September.

Another blast from the past that’s come back to haunt me is Orange Juice, Falling & Laughing. I went to see Edwyn Collins play at Shepherds Bush Empire a few weeks ago and it was beyond fabulous. Silly me, I only realised recently that Falling & Laughing is about 20 years old and not the fairly new track that I thought it was. Finally, the Beach Boys is the soundtrack to my summer every summer. Their song Disney Girls helped inspire my blog so it’s gotta be my number 7.

(WARNING: Do not attempt this exercise in a hurry. Once you get on Youtube, you’ll get hopelessly sidetracked by videos like this, this and this.)

On Helmut, Jil, Joseph, Juergen, Corrine, Kirsten and Stella Quote of the day