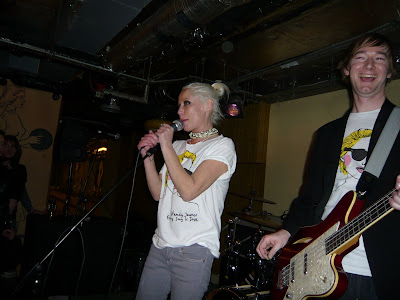 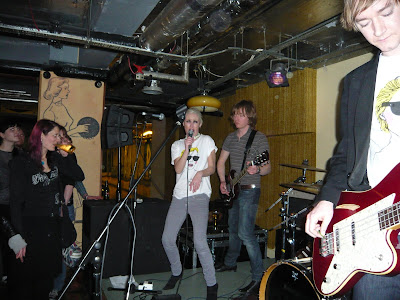 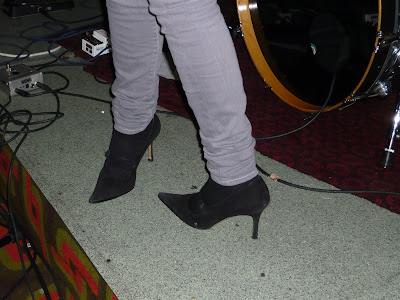 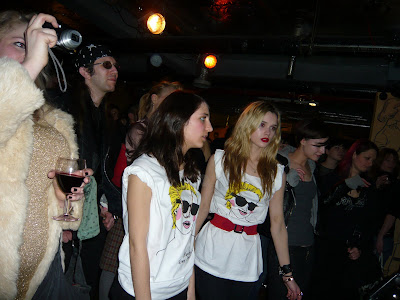 I haven’t been to a gig for ages so was quite pleased to see that both Wendy James and The Plastiscines were playing last Wednesday night. Wendy James was my style crush when I was growing up, she was a kind of sexier, poppier version of Courtney Love in terms of her pretty-meets-punk look and though her band Transvision Vamp was dismissed as mere eye candy for eighties adolescents, I’m not ashamed to say I actually still love all their tunes.

Her new incarnation is The Racine World, similar guitar-led songs and the signature gravelly voice but rougher around the edges. For some reason, the gig was moved at the eleventh hour from Astoria2 to Bloomsbury Bowling Lanes. A weird choice of venue (people were actually bowling while the bands were on, like…huh?) but rather cosy and good for getting a front-of-the-stage view. As usual, I was as interested in the audience as the band…how breathtaking is this red-lipped angel with perfectly matched belt?