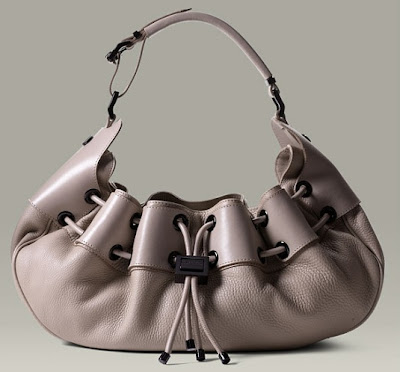 So it’s happened. It appears It Bags have over-stepped the mark in their battle of who could be the most expensive and consumers have finally said “enough!” A new Mintel report says that although UK sales of top-tier bags are set to hit £553m this year, growth in the next five years is likely to slow as the novelty of celebrity-endorsed It Bags wanes.

I can’t say I blame people for not wanting to throw £1600 on a Burberry Warrior bag. This is what I hate about fashion fashion, the competitive trying-to-keep-up aspect, the sad must-have mentality, I mean, where’s the fun in that? It’s especially galling to find out that the pricing structure is based on precious little than how much the designer thinks they can get away with. According to Lauren Goldstein Crowe at Portfolio.com [please can someone tell me how to put the link in here?], the CEO of luxe bag company Nancy Gonzalez has revealed how bags are priced. Apparently there are no pricing guidelines, once the cost price has been determined they just pluck a figure from the air based on what they think a customer will pay for it. There’s nothing wrong with this practice in itself, it’s how the property market works after all, but the recent It Bag phenomenon has made the practice of bag-overpricing more widespread than ever.

So what happens now we have the It Bag backlash? Well, it’s obvious isn’t it? After the death of the It Bag comes…the birth of the It Shoe. Be prepared for the price of your favourite Pradas, Lanvins and Louboutins to skyrocket…

Punks in Paris Fit and you know it