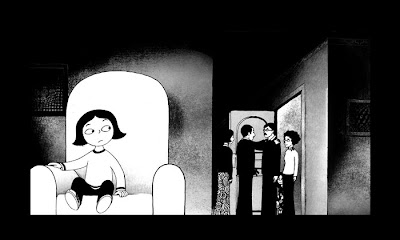 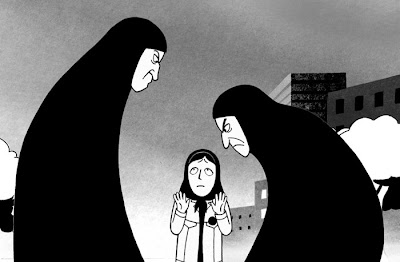 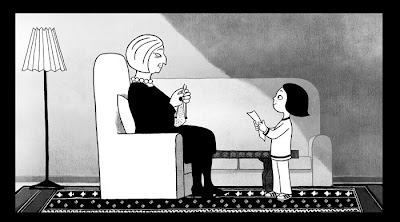 I’m getting rather excited about the imminent release of Persepolis. If the above pictures don’t mean anything to you now, they soon will. Posters have started spreading across the London Underground like a raging virus and I can see this film becoming the indie hit of the year. This low-budget animated film, written and co-directed by Marjane Satrapi is loosely based on her life growing up in Tehran. As a child of the 80s she was super-opinionated and bolshy to boot, would listen to frowned-upon pop music and wear Michael Jackson T-shirts under her veil. Don’t you just love her already? Persepolis started off as a graphic novel and has since won The Grand Jury Prize at Cannes and was nominated for the Best Animated Feature Oscar. The film opens in London on April 25th.

Swayed by suede, a cautionary tale When Valerie met Viktoria