So I’m not going to bitch about the annoying predictability of ‘florals are new for spring!’ (like, when are they not?), instead I’ve picked up on an agreeable micro-trend – masculine florals. This gives florals a whole new slant. I just could not wear a traditional floaty floral tea dress, however much I like stroking them in vintage shops or picture them styled with brothel creepers and a scuffed-up studded denim jacket. But the pastoral print imagined on a boyish blazer, trouser suit, Dr Martens or skinny jeans? Now that’s a different story. (On a side note it’s good to see Dr Martens getting it right after those nasty high-heeled horrors they tried to trick us into last year.) 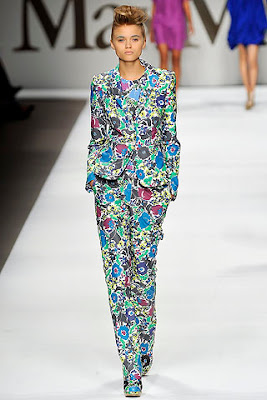 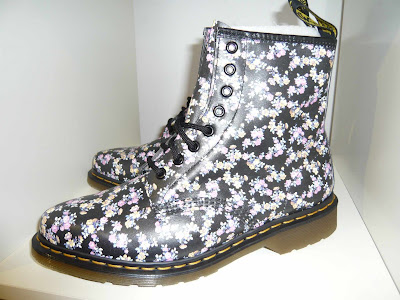 And what about masculine florals for men? Remember the floral Gucci mens shoes from here? I’d wear ’em. 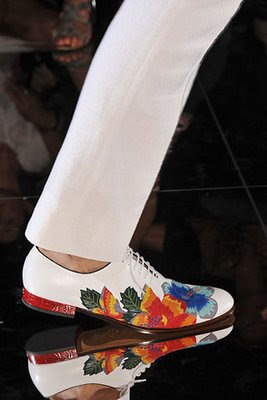 Nike has rethought its Liberty-print hi-tops from last year – anyone recall the Liberty-print Dunks? – and issued a girl-friendly Blazer in two colourways. (Incidentally, trainers seem to be making something of a comeback, but that’s a post for another day.) I can’t post about florals without adding Queen Michelle’s rather ace floral blazer photo. It’s a bit of a tenuous link because the blazer isn’t really that masculine but it’s my blog so the picture stays! 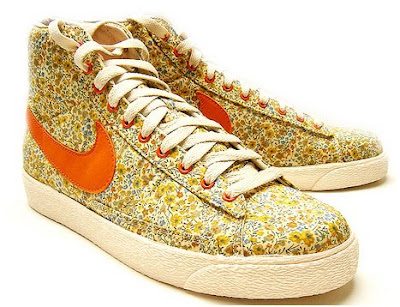 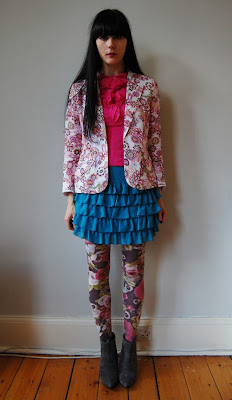 What Katie Wore Last day of the Harrods sale