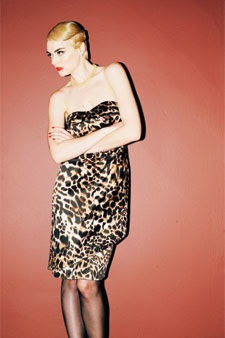 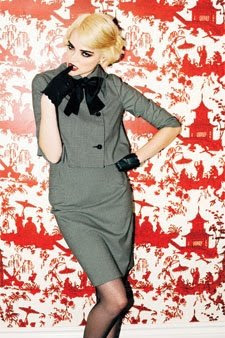 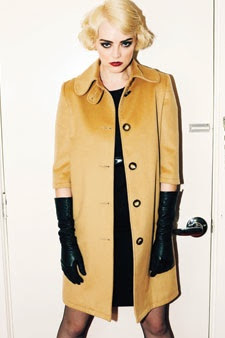 School of Women is a brand new girls’ line based out of LA but originally conceived in the back seat of a black convertible spider in 1962 by Georgette Malbesee and Jean Pierre Lachemescouilles through the cold smoke of a pair of unfiltered cigarettes.

Shortly after chucking these butts, the beatnik pair gave birth to style. A new style only to be honed, not bought. Crafted, not borrowed. Sewn, not printed.

The young rebels put together a book of designs only to be worn by those who would discover it . As soon as they were through they were off to rob their final bank for pocket change.

The two were shot that day. Never to leave behind the pitter patter of a youngling. Only the legacy of a style bible which no one had seen before. Many years later…down in the dumps and sick of her job as a computer artist, Laura S. moved to France, where she spent more time running into rude people than anything else. With very little glamorous left in her being save for her bad, bad habit of stealing other people’s cars, Laura found herself doing so again. Her first choice being the tragic couple’s car, newly bought by a bourgeois on the left bank. She sped off into the country with the cool black spider for pie and grape juice, when the car had suddenly gone exhausted from her bad driving and called it quits on the side of a road.

” The trunk!” She squealed, reaching into it for more gas, only to find a heavy rancid book.

” Le Style de Georgette et Jean Pierre?” She asked… And from then on they met, and it just is. ( cue: cigarette smoke in readers’ eyes)

Okay, the above yarn may or may not be true but on a design note, L’ecole des Femmes is a label that takes great pride in its pencil skirt specialty and retro flair. Three years in the making and L’ecole des Femmes is thriving and now located on 8207 3RD street Los Angeles, Ca 90048. This boutique will be opening mid August…

Levi’s: One for the What Took Them So Long file… The magic of Mabille