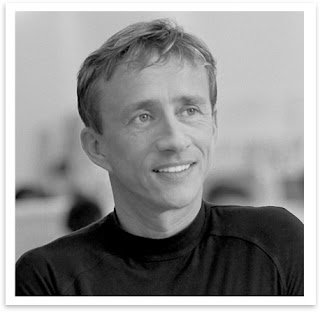 When I hobbled along the cobbles of a Fulham mews to visit Jasper Conran pre-LFW, I thought we might talk about fashion inspirations, his well-heeled clientele and how he juggles a luxury fashion business with his collections for Debenhams, Tripp luggage, Waterford crystal and Wedgwood china. Not to mention publishing his mesmerising photo-book, Jasper Conran Country. I didn’t expect to have a full-on discussion about blogs, technology and The Future of Fashion. My bad. My perception of Jasper Conran OBE was that of a multi-faceted designer who started his label at 20, became successful very quickly and went on to design a whole host of lifestyle products. I imagined a fashion luvvie absorbed in a bubble of tulle, obsessing over minute measurements and a slave to his cutting table. I also expected a Joseph Velosa-style business partner behind the curtain, pulling the strings and keeping all the plates a-spinning. How wrong I was…

Disneyrollergirl: Your website is so impressive with its wealth of pictures, engaging information and blog content. How did that happen – did the directive come from you?
Jasper Conran: We felt that our site as it existed was dull and we wanted a much more lively one. We wanted more reasons to come to the website than just seeing clothes. From an educational point of view, people were wanting to know the how we do things. What goes on? What do people do in this business? How do we work up our ideas? How do we execute them? I thought it’s a very interesting and visual business, it’s so rich, let’s put it out there. All the time the technology is going faster and faster so the possibilities are greater and greater. Which is fantastic. I think if you’ve got a website you’ve got to challenge yourself and think, ‘why would I go there, what’s the point? How interested and amused am I going to be and what am I going to get from it?’ I suppose eventually it becomes documentary, it becomes film. Where are websites going to end up? Which for us is riveting.

DRG: I guess I was surprised as so many designers’ websites are not much more than a home page and a few catwalk pictures. They’re almost an afterthought…
JC: A lot of work has gone into the site, we regard it as a piece of design in itself. We regard it as important as anything else we design. We haven’t got plans to sell on it but I suppose what it does for us is it focuses us on who we are, where we’re going, where we’ve been. We’ve just done an enormous trawl through our archive. It goes back to nearly everything I’ve ever done – theatre, fashion, all the shows I’ve ever done – some good, some not! It’s probably one of the most complete archives there is of a designer and we’re putting it all online, but it’s a very slow process. Before the internet, you had advertising. That was the only way design houses would interact with the customer, the consumer and with the world outside. Our belief is it’s fantastic to be able to do what we’re doing but it’s a much more holistic approach. We work on many different levels, many different projects and there are many different people involved. I think in a sense we’re building a living archive. If you think about the fact that you’re updating it everyday, you’re creating this incredible rich content. It’s living, it’s going to be there forever. It’s an extraordinary project really.

DRG: I know your collection is bespoke so you don’t sell online but what’s your take on designers selling directly, live from the show?
JC: Fabulous. I think that’s just wonderful. I think the internet brings the creator and the consumer so much closer together. You’re cutting out a lot of middleman. You used to be dependent on so many factors to get you to market, well that isn’t true any more. There’s a seismic shift in power happening. The thing I like is the consumer is empowered and educated far more than they ever were, they can make up their own minds without the middlemen.

Something that I don’t have a problem with per se but I do observe, is the creation of the superbrand, the super conglomerate, say LVMH. These people can buy up entire shopping streets, and all of the advertising in the magazines. These vast businesses are able to control the luxury goods business. My concern is how do smaller people ever get to develop businesses? At the end of the day, the clothing business is business. When I started, it was really quite easy to start up a little business and sell to a lot of different shops – you were very much more accepted. Now the pressure of performance per square foot is phenomenal, there’s huge financial pressure on the retailers and the designers to perform or be out. So I know how lucky I was to be able to even get a foot in the door. Now, that space would be given to Chanel or an LVMH brand because there would have been a deal made, it wouldn’t happen so readily.

DRG: Blogs have been a great help to new, emerging designers in getting the word out there…
JC: Exactly. It’s the same with the music business. Look how much great music comes straight through the internet without going through publishing companies or music companies. It’s allowed to live. It exists without the formal structure that was there and I believe that’s a good thing, it allows the public to become the editors and that is right and proper. Because the public go with what they like, rather than being told what they’re going to like. It’s wonderful that people are being discovered by the public without having to be a superbrand.

So you’re all in favour of blogs and bloggers?
JC: Absolutely. And it’s not just fashion but all sorts of lifestyle bloggers…food blogs, music blogs. Bloggers are making their own magazines, so voila, you can have your own empire. I think it’s just beginning to dawn on people that blogging is business and we are very aware here that times are changing all the time. We’re anxious to keep up with that and be informed and be able to react to it. 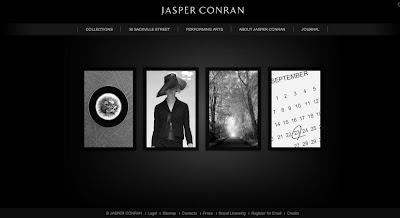 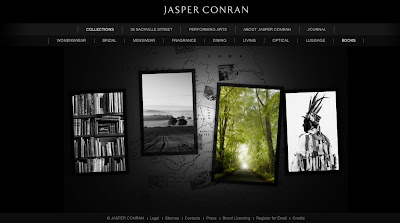 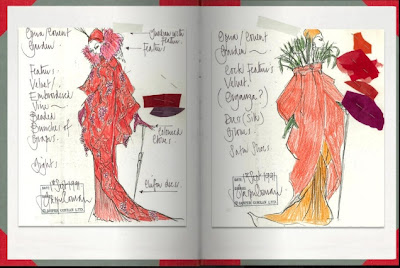 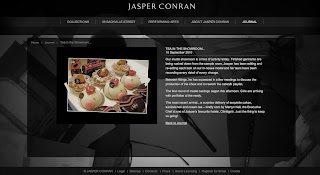