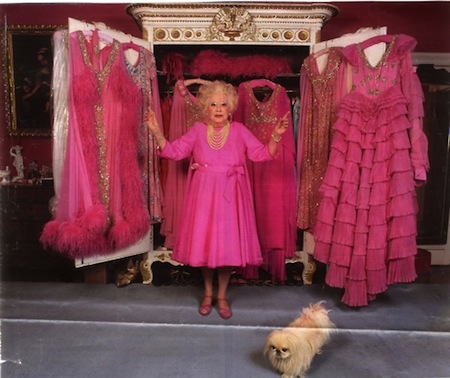 Did I mention I have a secret Barbara Cartland fascination? Not so much the romantic novels, but the Dame herself and of course, those unmistakable outfits. So I was most intrigued to get an email telling me that Barbara Cartland’s Pink Collection is now available digitally for the first time. When she died in 2000, Dame Barbara Cartland left 160 completed but unpublished novels. Her son Ian McCorquodale made it his mission to publish four a month for her adoring fans, calling this The Pink Collection. This year, The Pink Collection is now available on Kindle and other ereaders from Amazon and Barbaracartland.com.

I got the opportunity to ask Ian some nosy questions about his mother’s output, outfits and one-of-a-kind writing style…

DISNEYROLLERGIRL: What was it about Barbara Cartland’s books that captured the imagination of her fans? Why do you think her work has enduring appeal?
IAN MCCORQUODALE: Barbara Cartland’s universal appeal is that she wrote pure romance while other authors put endless sex into their novels and still call them romance. In the late 1960s pornography was legalised throughout the world and as a result pure romance became enormously popular with women. It was at this time that Barbara Cartland had 400 romantic novels ready to be published and she became a huge international bestseller. She has sold over one billion copies of her romances worldwide in 38 different languages and they are still selling from her website. My mother’s heroines are always virgins and one of the reasons she wrote so well was that she was always in love with her hero and she was always the heroine! After many adventures and disasters the hero and heroine are married and only then is he allowed to carry her up to the bedroom – at the bedroom door the book ends and there are stars in the sky and they live happily ever after. 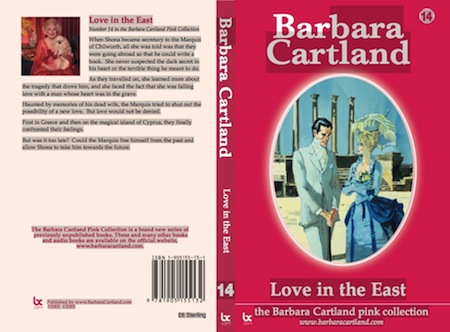 DRG: She was so prolific, writing over 700 novels in her lifetime. Where did the ideas for so many stories come from?
IM: My mother had the most amazing imagination and she always came up with totally different plots although she wrote her novels to a set formula that always had a happy ending. She always used to say, “I have finished this book and will start another one tomorrow. God will give me an idea about the next book whilst I am asleep”. In the morning she had the next plot. 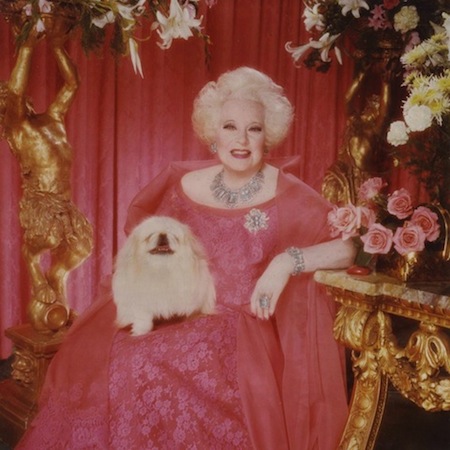 DRG: Did you know there were so many unpublished novels? What made you decide to put them out now?
IM: I knew exactly that there were 160 unpublished and completed manuscripts when my mother died in 2000. These manuscripts were held in the attic at her home in Camfield Place. I had always intended to publish the manuscripts on the internet; by 2004 I felt the internet was ready for these magical books to be delivered in this new format and I knew from the continuous enquiries via the Barbara Cartland website that millions of fans worldwide were waiting for more of her wonderful romantic novels. 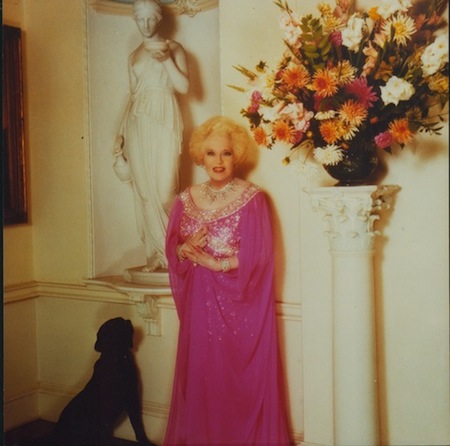 DRG: Can we talk about her outfits? She had such an original style, where did she buy her fabulous frothy pink outfits from?
IM: Most of her outfits came from Norman Hartnell and Hardy Amies. These two designers came up with the most original ideas which my mother loved, and became her trademark in pink. Sarah Percival also designed for her. Sarah is well known for designing flamboyant gowns for the singer Shirley Bassey. My mother’s hats were designed by Freddie Fox. 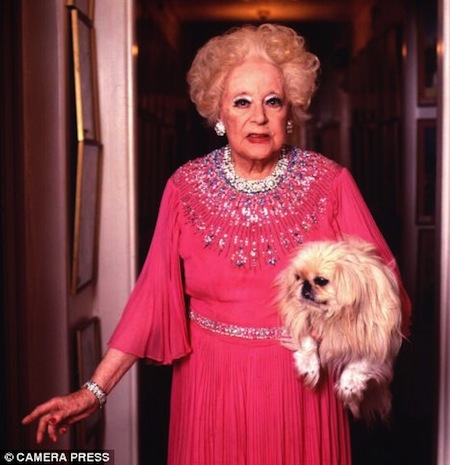 DRG: Where are they now?
IM: When she died, most of my mother’s dresses were sold at Sotheby’s and bought by her fans. I still have about 50 of her dresses and hats at the Camfield, where she lived. I will keep these glamorous hats and dresses as a memento of her amazing life. 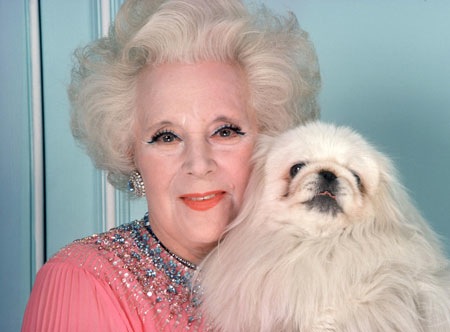 DRG: Barbara Cartland had a traditional, romantic view of love. Did she have a modern side too?
IM: Barbara was divorced once; to be divorced in the 1930s was a social sensation. The love of her life was her second husband, my father Hugh; they had 27 blissful years together before his death aged 66. If she was alive today, my mother would not approve of living with a man and not being married to him, she would say, “you might as well be married!” She would feel a man who would not commit to marriage but would be happy to live with a girl would be the wrong man. 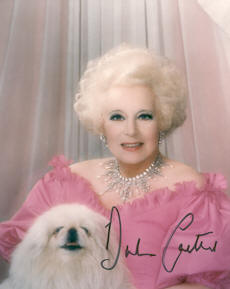 DRG: She died in 2000 as the world was becoming the digital reality as we know it now. What would she think of the modern world if she were alive today? Would she be on Twitter?
IM: Undoubtedly yes! Barbara would be a regular on Twitter and Facebook. She would have loved ebooks and would be thrilled to be part of this digital age which would broaden even further her already enormous fan base. 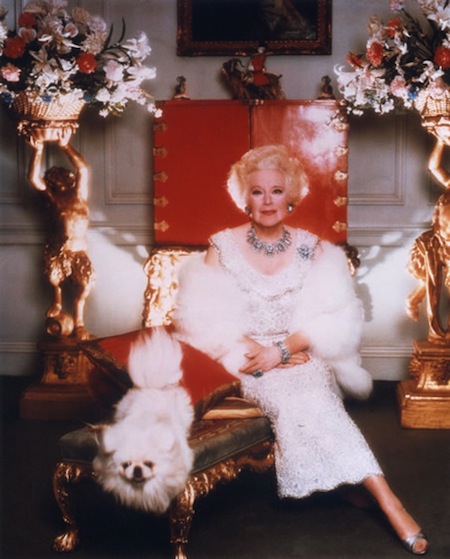