I did it first 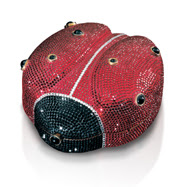 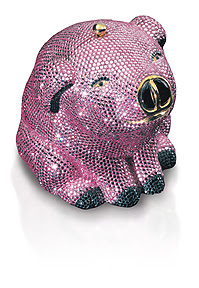 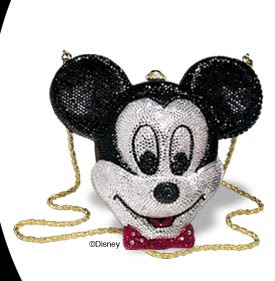 You know how annoying it is when a trend goes mainstream and someone says, oh yeah, I’ve been wearing that for years’? Well, guess what? I’m one of those people. So I thought I’d do a post where I get it all out of my system.

Number one, the Chanel 2.55 bag
I invested in my candy pink one years ago before the OC was even a blink in the producer’s eye. I wear mine with sweatshirts and second hand tees for a deliberate scruffy-posh effect and then what happens? That Mischa Barton comes along and steals my look right before my eyes. Grrr. Result? I look like a Mischa clone.

Number two, Converse
These have been my wardrobe staple since about 1993 (uh oh, maybe I do need a change…) so how galling is it when every emo, chav and tory party leader decides to muscle in on it as well? Thankfully the move is going towards old skool £4.99-from-Woolies plimsolls now so I can reclaim Converse as my own.

Number three, aviators
I’ve had my mirrored Cutler & Grosses for at least ten years and now, NOW, everyone’s wearing them –how DARE they! Luckily, they’re also wearing comedy oversized shades and coloured wayfarers so the aviators may be on the wane. Please let it be so.

Number four, pink jeans
I bought my fuchsia Silas jeans three years ago to wear Matthew Williamson-style with turquoise and yellow. Now every nu-rave wannabe is on my patch so mine are staying firmly underwraps until the 90s all-black revival kicks in.

Number five, Edie Sedgewick/Andy Warhol
Edie was my secret muse for years and like the snob I am I liked the fact others hadn’t heard of her. Now she’s everywhere. Stripy long sleeve tees and short hair are my thing ok, so back off people!

Er… do you think I’m being a bit childish? OK maybe I’m being a tad territorial but it does grate when you spend a lifetime nurturing your look and thinking you’ve nailed it and along comes a wave of Converse, pink jeans and stripy tops and suddenly the look that was “so you” has become mainstream and ugh…common! But hey ho, on with the show, I guess that’s the name of the fashion game, no? But before I go I just want to trademark the following three looks:

Chinos
Chinos, khakis, utility pants, whatever you want to call them I’m on a quest to find some slim-but-slouchy ones as an alternative to jeans. Can I find any, even in Gap? Hell no. But when I do I’m making sure I snap up every last pair.

Sweater-over-the-shoulders
There’s something a bit geeky about this euro-styling which is what I like about it. So I’m going to be hopping mad if I see even one under-30 Shoreditch hipster rocking this in the Hoxton hood this summer.

Judith Leiber/Kathrine Baumann minaudiere
Oh my god, I have wanted one of these for absolutely years. They are so OTT and blingy that they’re just begging to disco-fy a scruffy jeans-and-tee outfit. Is it so wrong to want a Mickey Mouse minaudiere so badly?