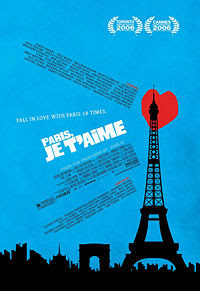 1) A new film, Paris Je T’aime, starring Steve Buscemi (my guilty crush), Natalie Portman and Maggie Gyllenhaal comes out later this year. It collates the work of a group of different directors (including my fave Gus Van Sant) who were each given their own five-minute segment to film in the arronidissement of their choice. Got to be worth a look.

2) As if Ebay isn’t addictive enough there’s an upscale online auction site called www.portero.com. This site specialises in cast-offs of the Hermes, Chanel and Cartier variety. Click at your peril.

3) Www.yoox.com is celebrating the golden age of Gucci with a special area of vintage picks. No, not Tom Ford tat but handbags, dresses and suits from the 50s to the 70s.

4) Life hasn’t been the same since Helmut Lang parted ways with Prada. Where to go for a reflective dress, anonymous jean or Crombie-style-coat-for-girls? Well, since Theory bought the company things have been looking up. Rumour has it that a Meatpacking District store is in the pipeline although nothing’s been signed off. Of course, it’s not Helmut Helmut, but it’s the next best thing, no?

5) From 19th-28th June, Bruce Weber’s cult movie Let’s Get Lost is being shown at New York’s Film Forum. If you go, don’t forget to get me a T-shirt will you? http://www.filmforum.org/films/letsgetlost.html

6) Dare I believe the news that Judith Leiber is opening soon in London?

7) It transpires Henry Holland isn’t just a one-T-shirt pony. Latest news is that he and Agynes Deyn are working on a jewellery collaboration. So don’t write him off just yet.

Moan of the month Bourgeois bags