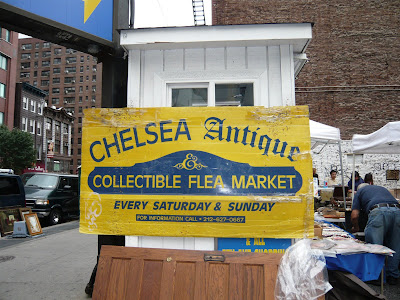 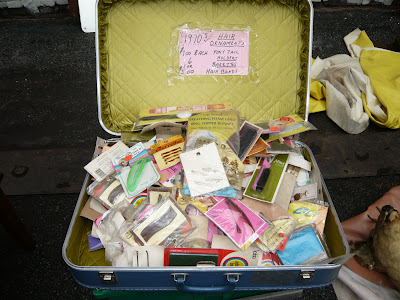 Day 4 and eek! yet another washout – this time it was relentless. I was still wearing my not-quite-dried-out stinky Cons and it rained from the minute we stepped out of the hotel ’til about 5pm. Ugh! We went on a wild goose chase hunting for a couple of nonexistent flea markets before finding a very small one where D foraged for his beloved reggae records and I tapped my (trench) foot impatiently. As it really started tipping down monsoon-style we decided to jump in a cab and head to Bergdorf’s to dry off. Well, it being a Sunday, of course it wasn’t open yet. Doh! So there was nothing for it but to kill time at Starbucks in Trump Towers. Actually, I quite liked it! 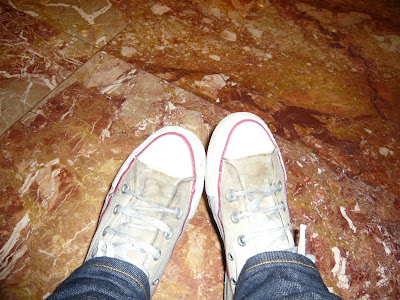 By the time Bergdorf’s opened we were so sick of our sodden umbrellas (although I was rather taken with their natty umbrella bags) we couldn’t even muster the excitement to coo over the Goyard luggage. Seriously, it was that bad. 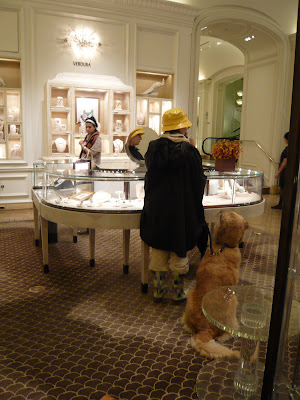 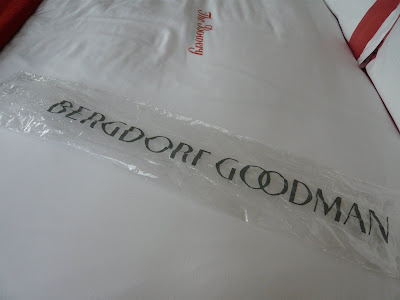 Finally we made it to a good flea market (The Antiques Garage, 112 West 25th Street between 6th and 7th) where we were in shabby chic heaven. I could literally have spent the entire day there. I really had to rein myself in with the spending otherwise I would have bought all manner of useless tat. In fact I bought very little, a $3 ‘gold’ chain to wear my dad’s rings on, and some vintage luggage labels for my scrapbook. I would have bought one of these name rings if I’d found my name! 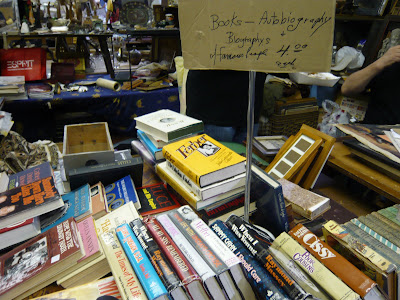 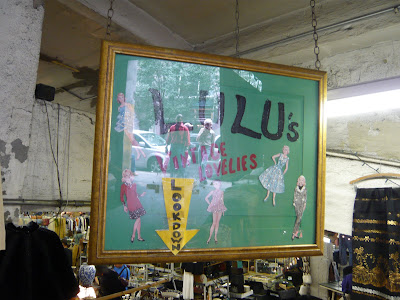 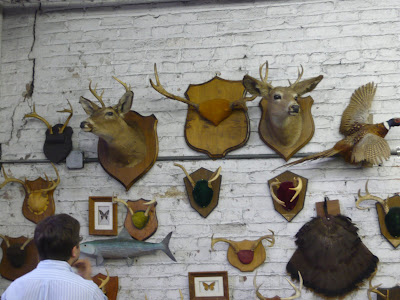 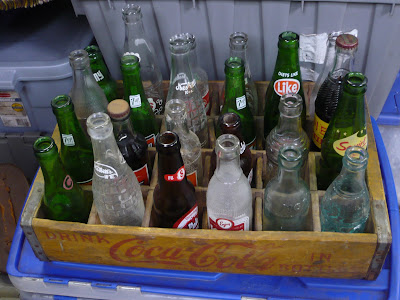 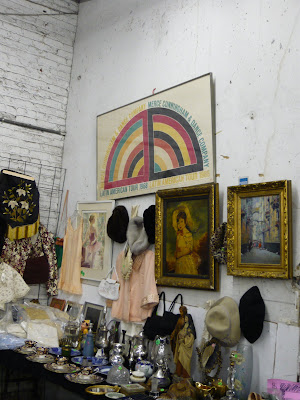 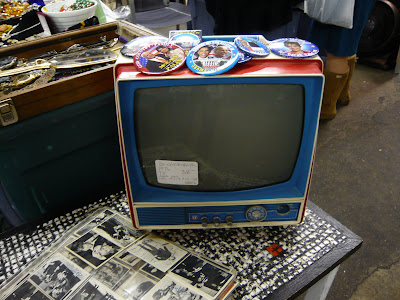 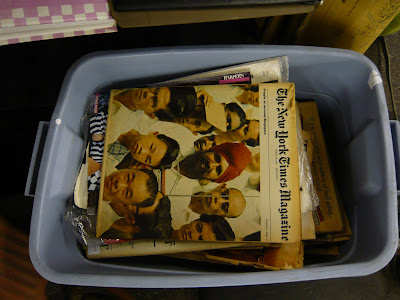 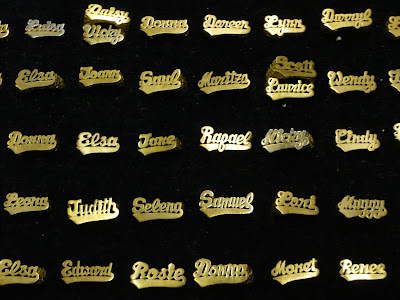 Feeling quite pleased with myself for only spending a couple of dollars we exited the flea market and found ourselves slap bang in front of New York Vintage, the poshest and biggest vintage store I have ever seen. 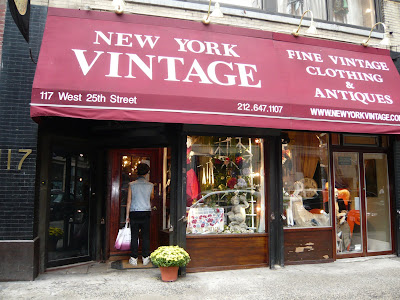 Oh my word. When the shop guy asked D if I was a designer and D told him I was a stylist, well, a whole other room suddenly opened up for us. And then boxes and boxes of silk scarves were brought to us to rummage through. Can you imagine getting this sort of service in London? Forgeddit. Half an hour later and $100 lighter we left with a bagful of vintage Charvet and Celine scarves and ties. 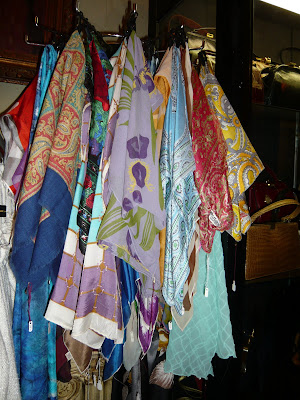 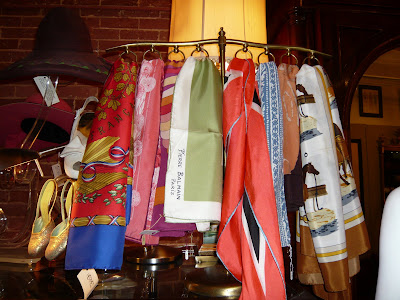 Thankfully, the rain decided to ease up so we ambled to Mercer Street Books where I bought some black and white postcards to send to our families and D bought more used records. 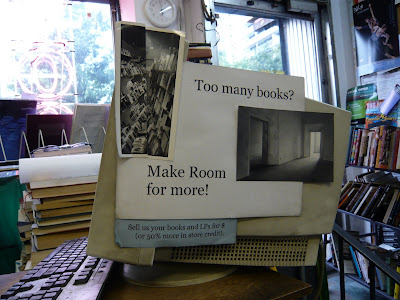 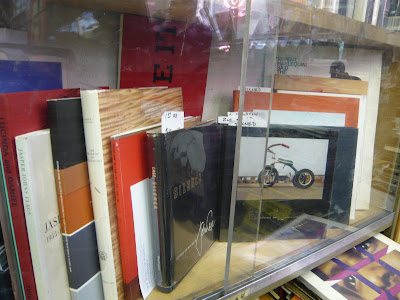 Back to What Comes Around Goes Around where they let us have a snoop downstairs. Luckily there were none of the things I wanted (vintage Levi’s jackets/Ralph Lauren-esque jumpers/chinos/cuban heel ankle boots) in my size otherwise lord knows how much I would have spent. I did buy a new pair of old Converse though, should have really done it days ago! 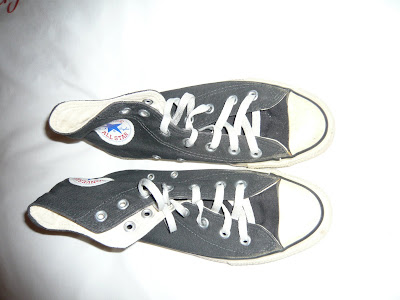 By the time we got back to the hotel we were utterly exhausted. We lay on the bed for a wee rest, half watching the New Kids on The Block documentary and the next thing we knew we’d both passed out and it was only 9.30pm. Another early night in the city that never sleeps. Oh dear!