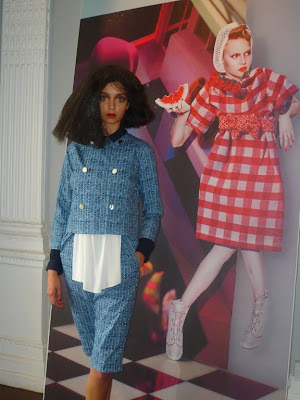 I think we can agree that this season’s London Fashion Week was a huge eff-off success. We got the name designers, we got the Americans, we even got a pretty good helping of blog-loving as me, Discotheque Confusion, Coco’s Tea Party and I Luw Fashion all received the golden ticket to the gates of the Burberry show and after-party.

In terms of trends, it’s not easy to make bold proclamations quite yet, but filtering through are Dorothy-from-Kansas checks (at Christopher Kane and Peter Jensen – above), metallics and sequins (on the fashion press mostly but also at Sass & Bide and Ashish – duh), lots of white (at Eun Jeong and Osman) and more digital prints than you can shake a USB stick at. ‘Sculptural’ was a word I wrote down at nearly every show whether that came from undulating frills and pleats or a harder-edged aesthetic as seen on robo jackets and jutting-out heels at Basso & Brooke.

Commercial polish is something that our designers have pushed for several seasons now, each with their own funny little quirk but it’s safe to say I don’t think I can face another season of body-con minidresses and hobble-tastic plat-heels – change the record please now designers! Maybe we could see some casualwear next time?
There was a big collage-y, DIY story coming through from Louise Gray’s homemade shoes and spray-painted collection to the cut & paste aesthetic of Michael Van der Ham. It also made its presence felt in a couple of fashion films that were shown on menswear day at Sibling and E. Tautz. Quentin Jones who illustrated the E.Tautz film is a name to watch if you love collage and illustration. 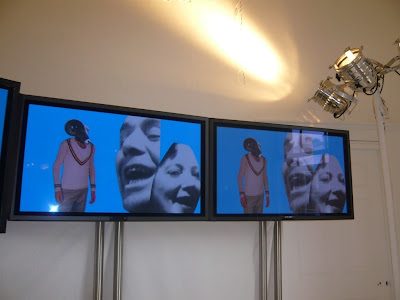 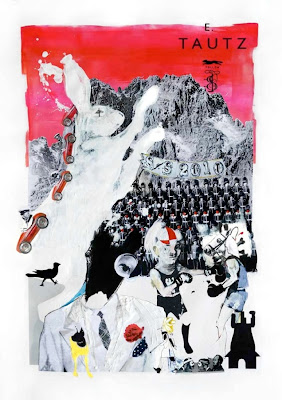 I liked the ‘modern British’ trend emerging at Aquascutum and Paul Smith. Aquascutum’s Michael Herz told me that he was inspired by taking multicultural elements of Britishness and playing with them so a sari border was blown up into an oversized print and African beading was used as a trim. He was also influenced by the photographs of Malick Sidibé whose work I absolutely love, I was so glad when he told me that. I didn’t see the Paul Smith show – I was too busy ogling Scott Schuman and Garance Dore signing books at Liberty – but the pictures (below) showed a similar celebration of international Britishness with masculine shirting, African prints and layered dresses. 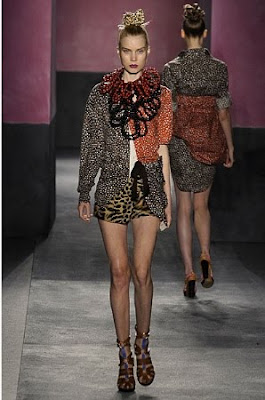 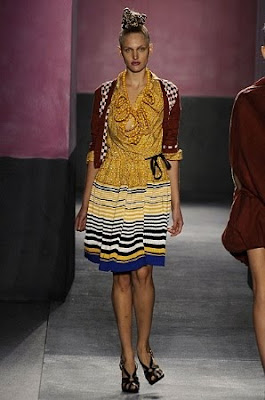