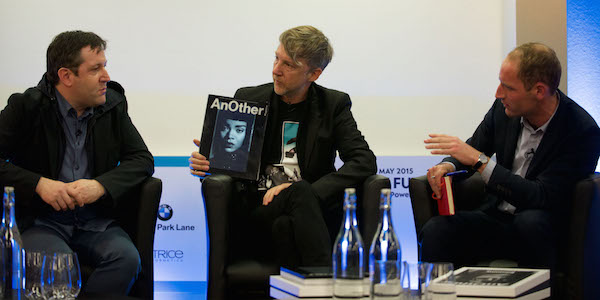 1. Entertainment is the new retail 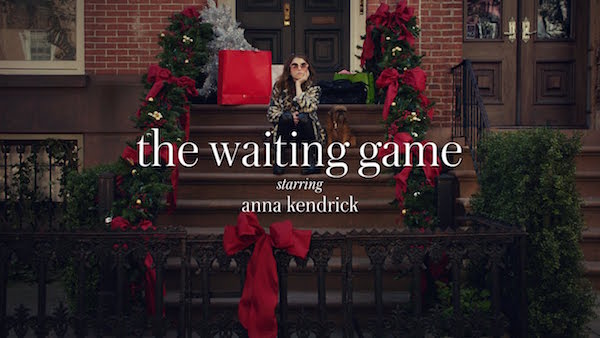 Storytelling has become a key component of the Kate Spade brand equity. “Walking into a Kate Spade store is an experience,” says Kristen Naiman, VP brand creative for the brand. “In comparison to shopping online you have to bring your brand to life as a living, breathing brand experience,” she says.

But, the act of storytelling has to be holistic and true to the brand. “There’s been a shift in storytelling – moving away from just heritage to being more cohesive, bringing conversations to both on and offline,” says Naiman. Now the customer has become a character in the story and she’s had a surge of autonomy. “It’s about telling the story in a universal way, so that people can relate to it and see themselves as that heroine. The true value of digital means now people can identify with a brand vision,” says Naiman.

Kate Spade has taken on humour with its series of films featuring Anna Kendrick. “They tell the story of our brand with the central character as a mad cap heroine; women like Carrie Bradshaw, who came to NYC to find themselves,” says Naiman.

Core customer service is at the heart of the brand experience in-store, says Lou Ashton, head of digital for Topshop. “For Topshop’s partnership with virtual reality specialists Inition during LFW in Feb 2014, the show was very much how we approach digital,” says Ashton. “The Oculus Rift partnership showed how much we want to democratise fashion week for our audience. Virtual reality (VR) does have a place in retail, as an idea to start off something magical. We want to go to that crazy place, and work backwards to see if it can be sustained in the store,” she says.

VR is likely to have a place in the store of the future. “We’re thinking about how that virtual shopping world could work in our locations. We like to be first with tech, experiment with it, and then make it more relevant commercially.”

Tank magazine’s publisher Caroline Issa unpacked how the magazine world is turning phygital. Her mobile scanning app, Fashion Scan (above) brings content on print pages to life with added layers of content, video and interviews. “I want to integrate the physical and digital worlds of fashion magazines in the way oil mixes with ink – we live in an age of melting boundaries,” she says.

On the back of Tank, Issa launched the seasonal Because Magazine three years ago in conjunction with the Fashion Scan app as an experiment. “It’s like a pop-up book for grown ups where fashion shoots and ads are digitally enabled and content plays on your device,” she says. The fashion app scans and recognizes current ads and acts as a diving board for the user to view further video content for each luxury or designer campaign. “Video and still campaigns can act in harmony together,” she adds.

The luxury industry was slow to react to digital progress, especially in the traditionally print advertising medium. “It took grass roots momentum such as street style photography and blogs such as The Sartorialist or Tommy Ton, to up the scale of interactive content across magazines and their growing online platforms,” says Issa. Mobile is the dominant platform now. “According to a 2014 KPCB report, video sharing on mobile devices is up 22% year on year and over the last 10 years, mobile and tablet sales have far outstripped desktops. I am in no doubt, the future of digital is mobile,’ she says.

Augmented reality, especially in advertising, hasn’t had a great response yet, it can be too gimmicky, says Issa. But it can work well as an extra layer of editorial. She cites a recent collaboration with Lush Kitchen as a good example of how layered, augmented content can provide a great boost to the storytelling behind a campaign. “Fashion Scan allows multiple touch points of content from each page. We have analytics to prove spikes in engagement and clicks that lead to sales online when specific products are mentioned. Our readers return to pages to scan content again and again up to six weeks after their first scan – prolonging the shelf life of the magazine and the ads inside,” she explains.

Jefferson Hack, co-founder of Another Magazine was the first publisher to produce a full LCD screen cover on a magazine (top and below). Explaining how he did it, alongside the ‘go-to man of Silicon Valley’ Liam Casey of PCH, Hack says he almost gave up after nine months of research and just before he met Casey. The story of the cover video is that it has to be short, agree Hack and Casey. “Readers have short attention spans, so you have to hold onto that ‘aha’ moment, you don’t deviate too far from the immediacy of capturing someone’s attention. Rihanna made this work. She’s not just a cover model, she’s a performer, she can move and capture your attention,” says Hack. 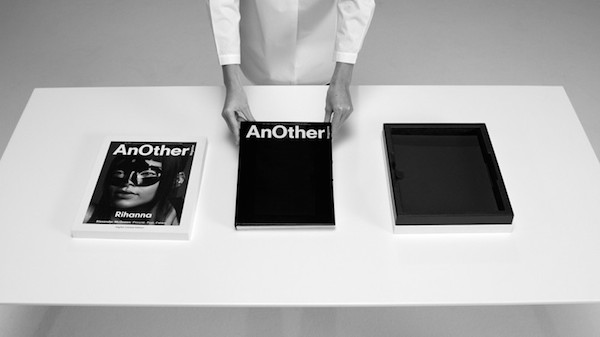 “There is a prototyping renaissance happening in tech hardware right now. This type of interactive magazine opens doors for publishers to experiment with commerce, exploding the limitations of print and digital,’ says Hack, who adds he’s now looking at research and development in screen tech, “thinner and flexible screens are the way forward.” 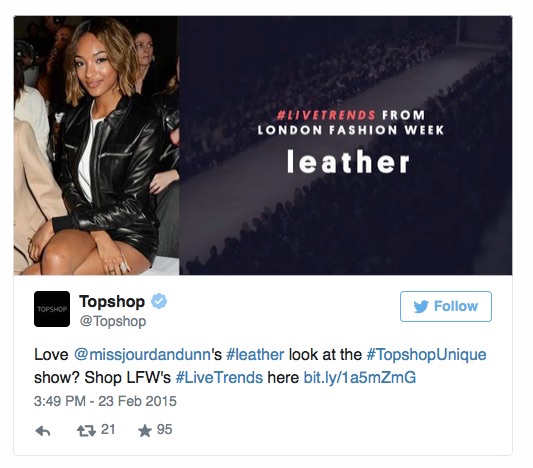 Twitter’s real-time feeds and access to insiders are driving engagement, especially around key fashion events, according to the social platform’s sales lead, Georgina Parnell. “We’ve seen huge growth in the way people consume fashion content on Twitter around fashion weeks and events such as the Met Gala. Dedicated hashtags such as #LFW or #MetGala drive conversations. Brands have opportunities from all that passion bubbling,” she says.

With 54m ‘I want, I need’ tweets per month – there is automatic activation around purchases. According to Twitter’s own research, users are 3.2 times more likely to feel up to date for fashion events. Twitter is real time and consumers love that behind the scenes perspective, says Parnell. She cites recent examples as the detailed multi-photo images from backstage at Matthew Williamson’s show or Burberry’s exclusive #Tweetcam content in real time from its LFW show, when the brand’s exclusive filters for personalized tweets felt very special for the users who participated.

Again during LFW, Topshop partnered with Twitter for a focus on real-time retail trends (above). When Topshop took live Twitter data from the dedicated #LiveTrends hashtag, it monitored key trends such as floral/stripes/70s to link back to product available online and in-store. The results were immediately showcased in stores, where merchandise changed hourly and across all Topshop’s social feeds. There was a 34% increase in sales over the four day LFW period.

During the recent BAFTAs, sponsored posts by House of Fraser led to shoppable tweets for products online that had sold out by the Monday. “This closed loop campaign ensured everyone was on the same journey,” says Parnell.

Twitter’s real-time experience is turning into a live one. “Now Periscope is changing the landscape,” says Parnell. “It’s a broadcast app that makes whatever you are doing live to all your users. It has huge potential for fashion weeks.” She gives the example of TV presenter Davina McCall giving a live red carpet commentary on Periscope for the Baftas. “Think about how fashion brands can include fans into content – now possible live and immediately on Periscope,” says Parnell.

Early adopting brands have jumped onto Periscope to experiment with content for followers. For example, Urban Outfitters has broadcast live bands in-store via Periscope feeds and social media influencers including Tom Green and Eliza Licht have taken to promoting their respective latest film/book with live Q&As. According to the same research, 56% of users say Twitter gives them access to influencers, while 47% of fashion and beauty fans buy from their favourite brands through Twitter.

Everyone has an app in them, but being the first British app to be included on the Apple Watch is an innovative move and something Justin Cooke, founder of music app Tunepics, is used to. Describing his music and pictures app, Cooke says “Instagram freed the photo, we want to free music.” He says the Apple Watch association is a sign of how far Tunepics has come in just over a year, adding it will probably grow through gifting and personalised messages on the Apple device. “A social network is only 10% of where we want to be. We have to learn how to evolve the product – we have 2 million live users now, our aim is to connect the world through emotion plus music” he says.

Follow ALISON BISHOP on Twitter, read her previous guest posts on Disneyrollergirl and discover her final Top 6 Takeaways from the WGSN Creative Futures event on her blog, The Retail Planner.