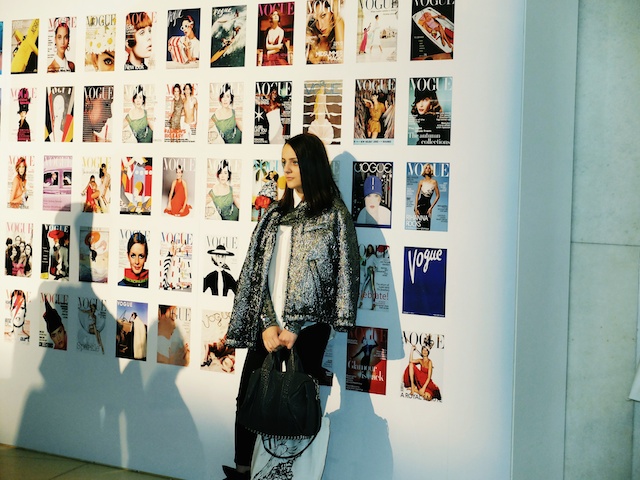 Having seen the evolution of fashion blogs over the last seven years (this blog started in 2007), I’m interested in the shift from blogs to brands. Many of the fashion blog pioneers have extended their remit, transforming their blogs into successful creative businesses.

And this approach has spread beyond the bloggersphere to the wider world, hence these days, far from simply aspiring to ‘be a celebrity’ (how 2010!), everyone wants to ‘be a brand’. This thought was crystalised last weekend at the third Vogue Festival (in association with Harrods) at the Southbank Centre’s Queen Elizabeth Hall. Vogue, one of the biggest publishing brands is not content with being a print publication. It wants to be a multi platform destination, an event, a lifestyle brand. And as such it has created a means to engage with its future customers, who themselves have become pretty well versed in the stepping stones of brand-building.

The theme of personal brand-building stole the show at Vogue Festival for me this year, as armed with my press wristband, I cherry-picked the talks that touched on the subject. Gathering yet another AAA-list line-up of fashion panelists and interviewees, the crowd-pullers included Naomi Campbell, Lily Allen, Phoebe Philo, Valentino Garavani, Manolo Blahnik, Nick Knight and Grayson Perry.

The biggest takeaway for future brand builders was the importance of instinct, honesty, focus and integrity whichever stage you’re at in your empire-growing journey. MBMJ’s Luella Bartley (on a panel about working in teams of two) was emphatic about creative integrity, declaring that she has to personally like everything she designs, whether it’s a runway piece or a so-called ‘commercial’ piece. The sentiment was echoed by everyone’s grown up girl crush, Phoebe Philo, who said in her interview with Alexandra Shulman, “I have to believe in what I design, I don’t put it out there if I don’t believe in it.” Attempting to spell out what she and Celine stand for, longevity, quality and meaningfulness were the brand values that resonated. It sounds trite on paper (and in a 140 character tweet), but strength was another important value as Philo made her heartfelt stand for female empowerment. “There’s a feeling that women aren’t good enough and I’m interested in changing that message,” she said, referring to the over sexualized imagery used in fashion. “Id like to think my clothes make women feel confident and strong.” Her message was delivered with her own brand of serious intelligence, as she batted away some of Shulman’s questions with uncompromising defiance.

The panel ‘My Fashion Life’ offered up Tory Burch, Angela Missoni and Manolo Blahnik who shared plenty of personal stories and charming quips but I’d have liked more on the secrets of their success. On a panel called ‘Fashion, Beauty and the Digital Age, Miroslava Duma revealed her strategy for capitalising on street style attention. “When people first started to become interested in me, I realised it wouldn’t last forever,” she said. “I launched Buro 24/7 so I could direct brands that were interested in me to my business to work on projects.” Likewise in Sunday’s final talk, ‘Fashion Legends’, with Franca Sozzani and Naomi Campbell, the (surprisingly) sweet and eloquent Campbell confessed the real motive behind her TV shows and public appearances. “I realise that after doing The Face, people want to talk to me and I have made myself open to that,” she said. “So I will absolutely use this show as a vehicle to get attention for my philanthropy projects.”

A commenter on Twitter during one of Sunday’s discussions complained that “so far this panel is just a giant advert for these people’s brands,” and she wasn’t wrong. But why else give up your Mother’s Day for a (probably unpaid) appearance if not to promote your business? Alongside the Vogue-branded tees, coffee cups, pencils and water bottles, there were books and products by practically every guest available to buy from the Vogue shop. Alexa Chung book? Check. Katie Hillier jewellery? Check. Tory Burch make-up? Check. Alexandra Shulman novel? Um, check. Nick Knight, Manolo Blahnik and Grayson Perry went one better, signing copies of their books on a podium.

And of course, in true millennial style, every non-famous punter present was able to project themselves as if they too were a brand. The many interactive sideshows tagged onto the Vogue Festival talks included Burberry makeup stations (complete with pro-quality selfie booth), the Vogue ‘cover shoot’ (with accessories by Chanel, AKA the ultimate fashion brand) and the Harrods Live Runway. An impressive production, this gave dressed-up guests the chance to be made over by the Bobbi Brown team, strike a catwalk pose, then upload themselves to Instagram, hashtagged to the hilt. The aim was to win one of two £1000 Harrods prizes but we know the real aim was for social buzz promoting the various brands including your own.

And for Vogue? This year’s festival came off as an exercise in branding itself as a caring, sharing fashion godmother. Pick up some empowering tips, meet the experts, show off your style and ultimately, prepare to put your best self forward. Mission accomplished – you’ve been Vogued. 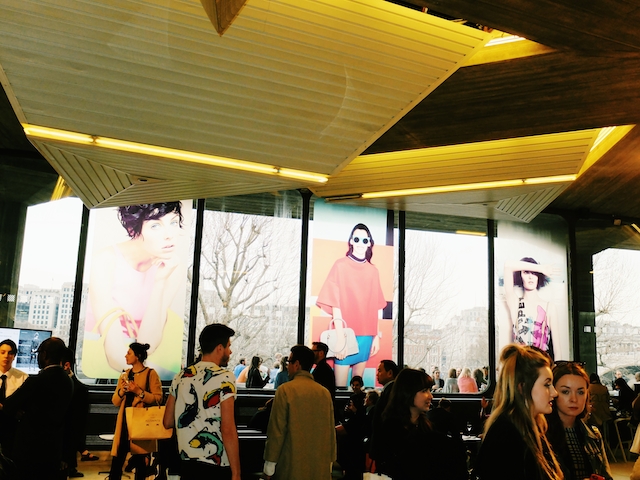 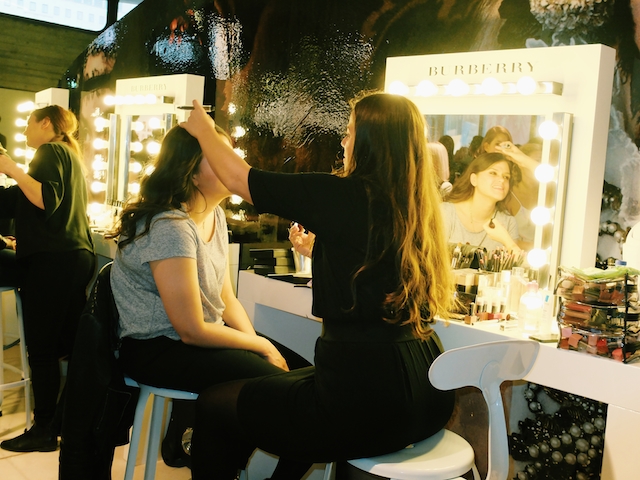 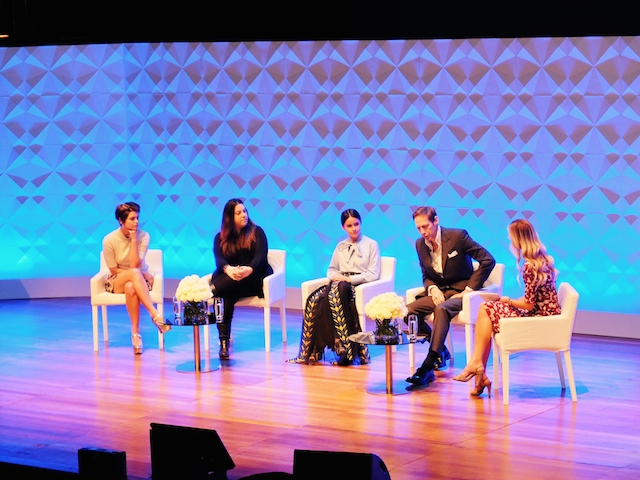 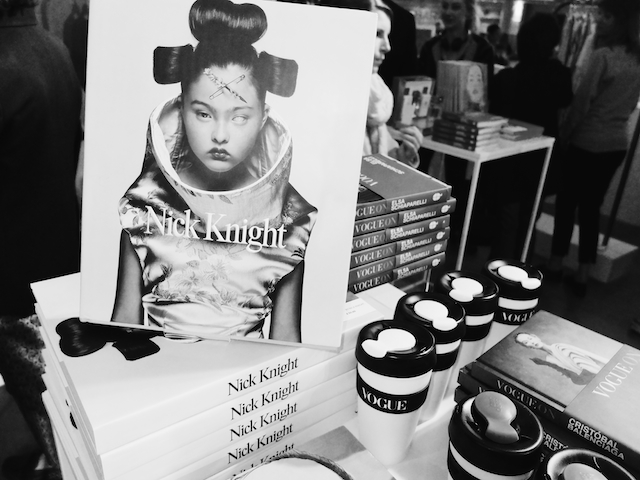 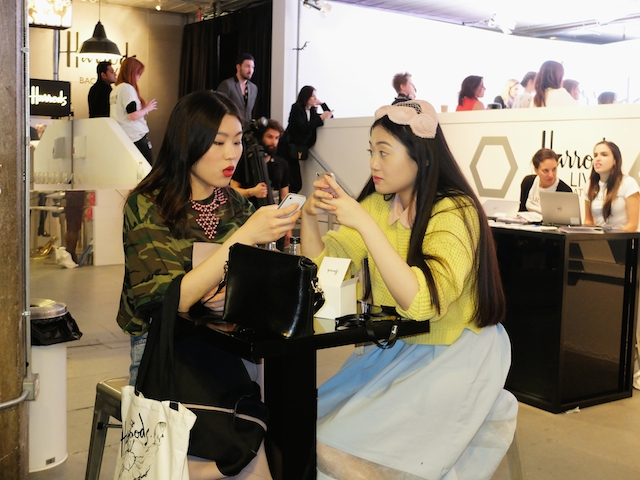 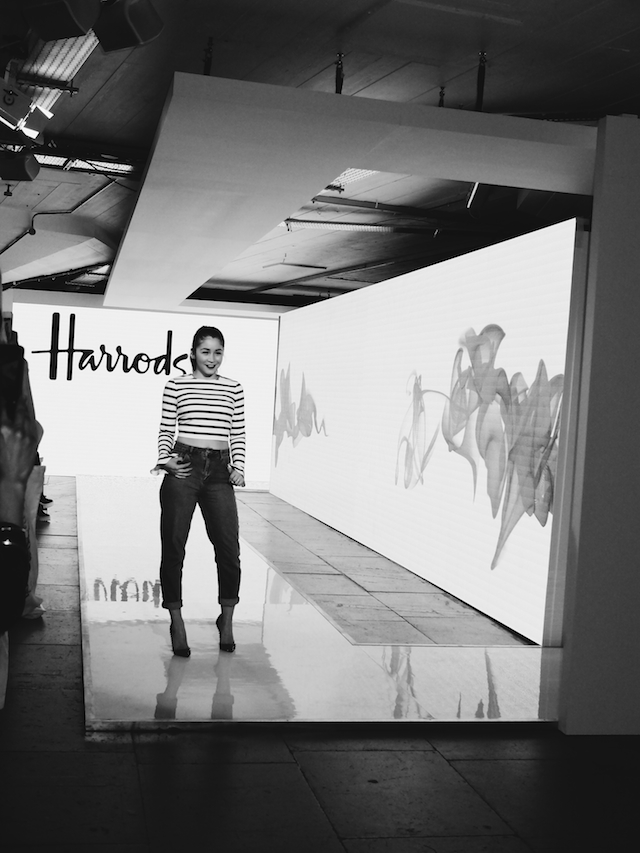 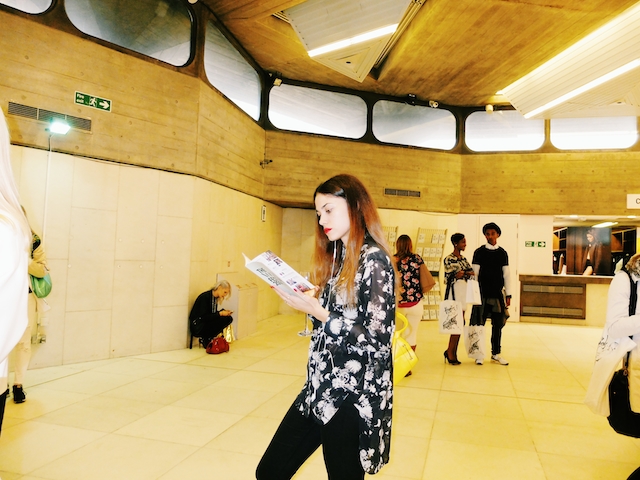 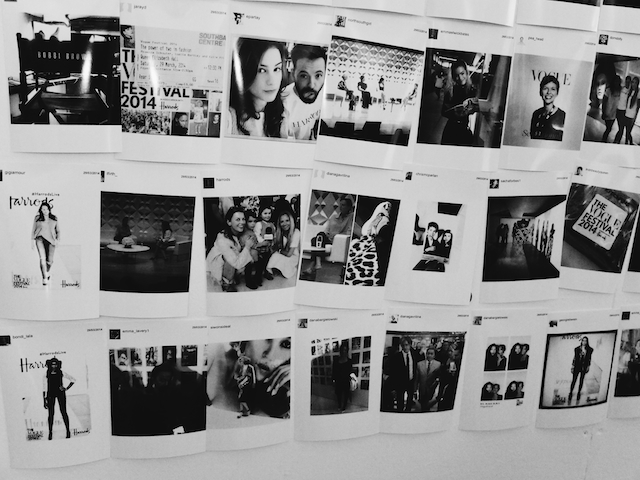 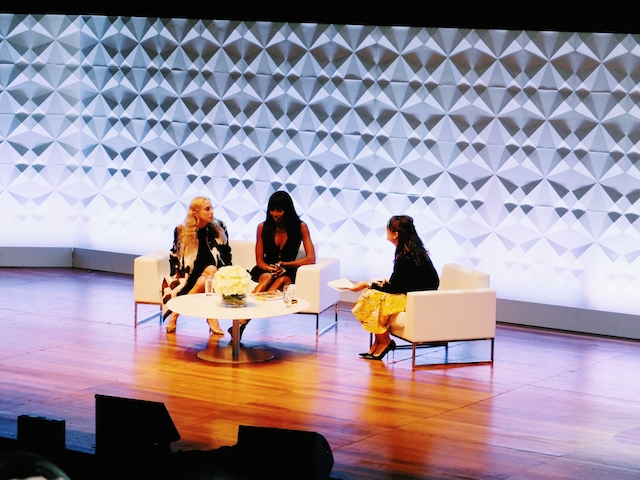 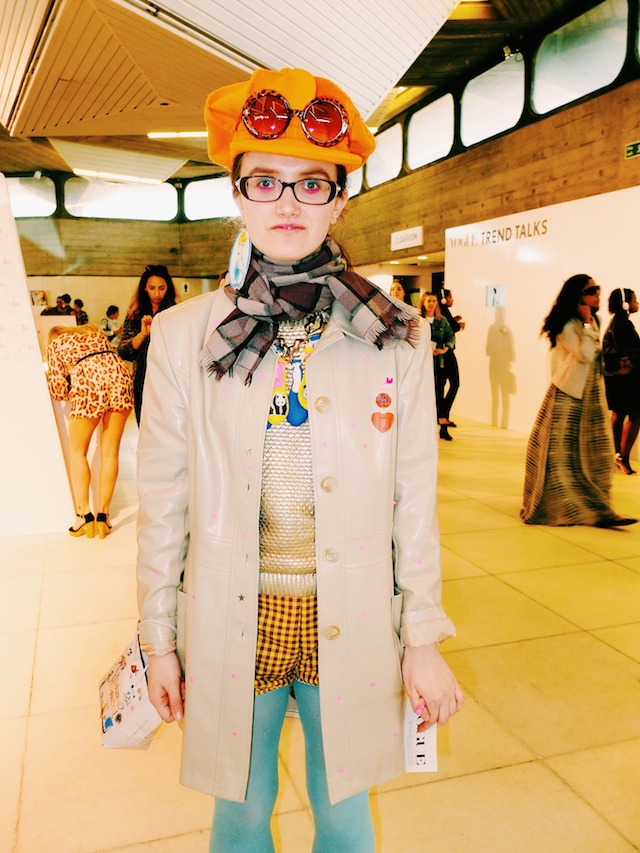 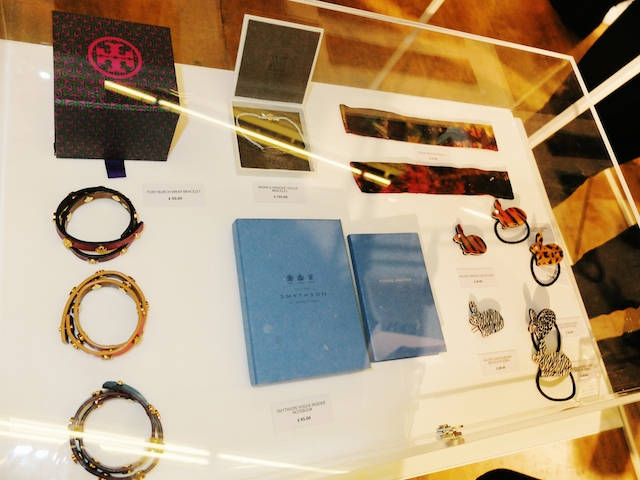 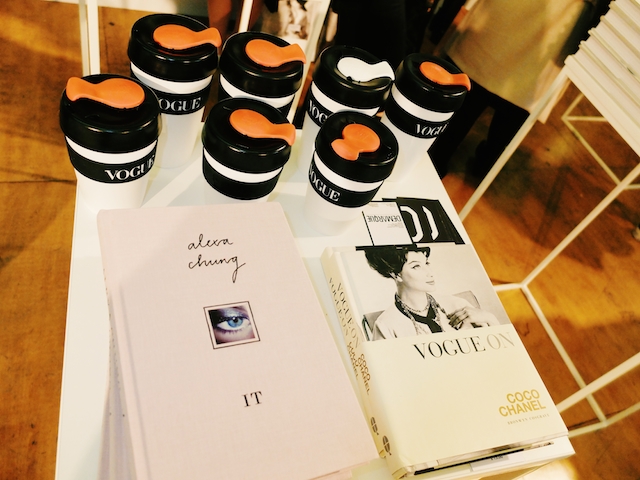 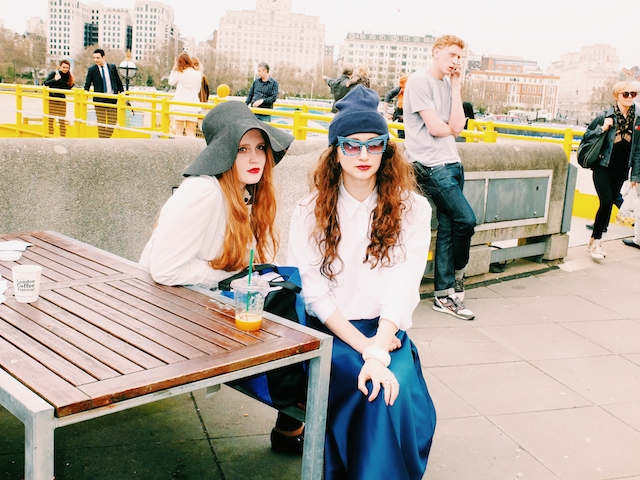 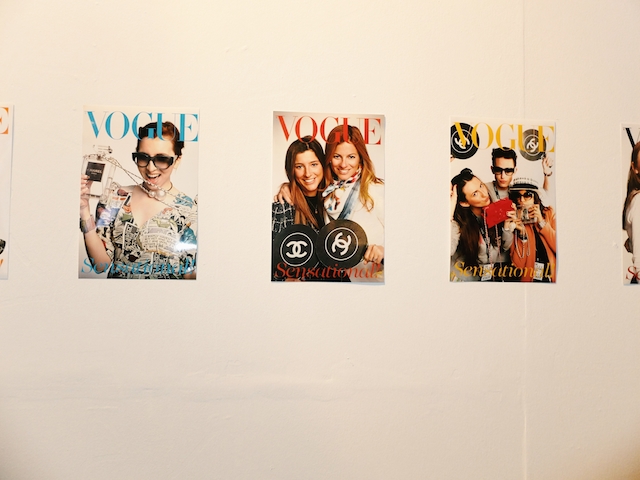