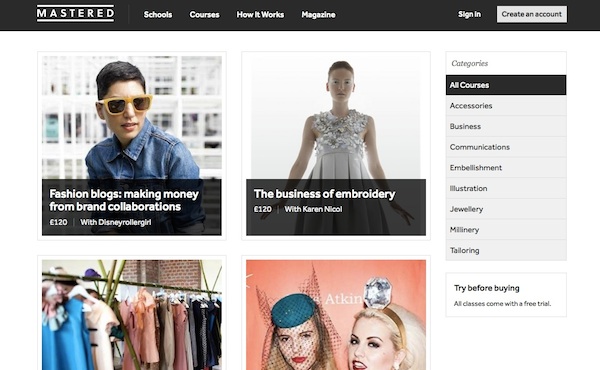 So I had a feeling 2014 was going to be a big year for blogging and I was right. Some of my blog buddies have achieved huge things this year, for starters, look how many fashion bloggers are writing books. Not e-books, but big printed things full of that weird stuff called paper. Susie Bubble is working on her second book (if you count Style Feed which she contributed to), while Sasha Wilkins/Liberty London Girl has just sent her convivial cookery book to print. END_OF_DOCUMENT_TOKEN_TO_BE_REPLACED

The book of blogging: Introducing Style Feed by William Oliver and Susie Bubble Considering fashion and style blogging has been around for well over five years (this blog started in 2007), it’s odd how few books there are on the subject. Susie Lau and William Oliver have compiled Style Feed (published by Prestel), a brick of a tome documenting some of the most influential players in the global bloggersphere. Ordered chronologically, The Man Repeller, Vanessa Jackman, Style Rookie, Business Of Fashion and Advanced Style are included and (yay!) I get a good few pages too – thanks a million Susie!

Style Feed is available exclusively in-store at Urban Outfitters or online at Amazon and there’s a big old celebratory bash happening tomorrow at Urban Outfitters Spitalfields, which everyone’s invited to. One of the baddest-ass bloggers of them all, Fred Butler (also in the book obv) will be DJing. I might have to mug her for one of these. 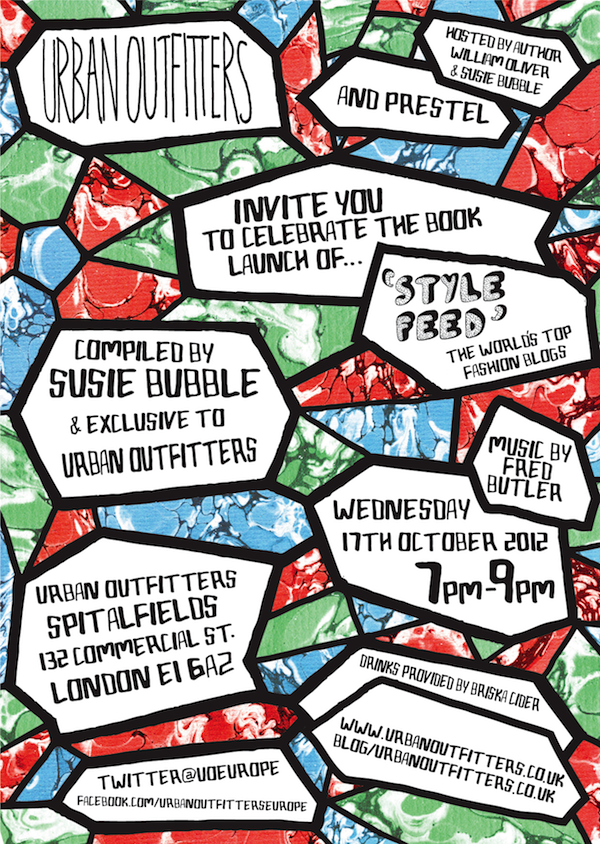 Happy blog birthday to me! 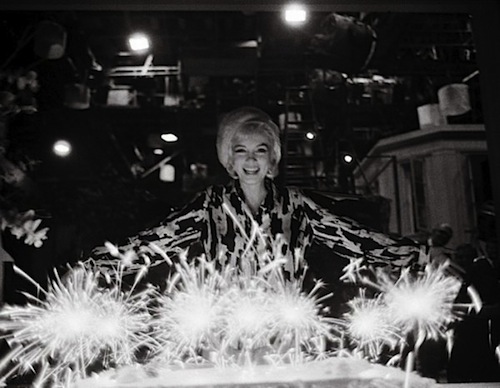 So guess what? Today is the fifth (fifth!) anniversary of this here blog. Crazy, right? Five years ago, there was no Twitter (well actually there was, but only just), no Tumblr and no PRs schmoozing bloggers with products, trips and front row show tickets. Just a bunch of fashion enthusiasts geeking out to each other and getting to grips with technology. Oh how I laugh when I remember uploading 5mb pictures and wondering why it took so loooong.

The last year has been super busy with a new blog design, going public (remember when this blog used to be anonymous?), some great special projects, lots more freelance writing commissions and some fab press coverage. I’ve joined Tumblr, Pinterest and Google Plus. But this year I intend to spend more time on the hands-on creative stuff and less time on the computer. It might mean I don’t have time to go to as many press launches or answer every email I get but I think it will make the blog better and me a bit less twitchy-eyed.

Thanks for reading and for the continued support! 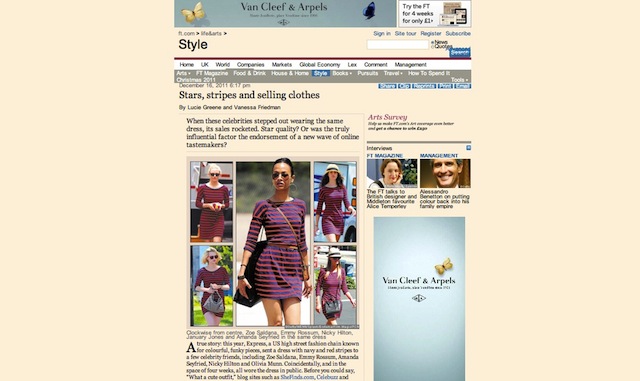 Much food for thought in yesterday’s FT article on the power of online tastemakers to shift product. Do also read the second piece on digital marketing agency Joyn* and French company Linkfluence which digs deeper into data analysis ( fyi ‘data’ is going to be one of the big watchwords for 2012).

[*Full disclosure: Disneyrollergirl is listed in the Joyn report and featured on their site]