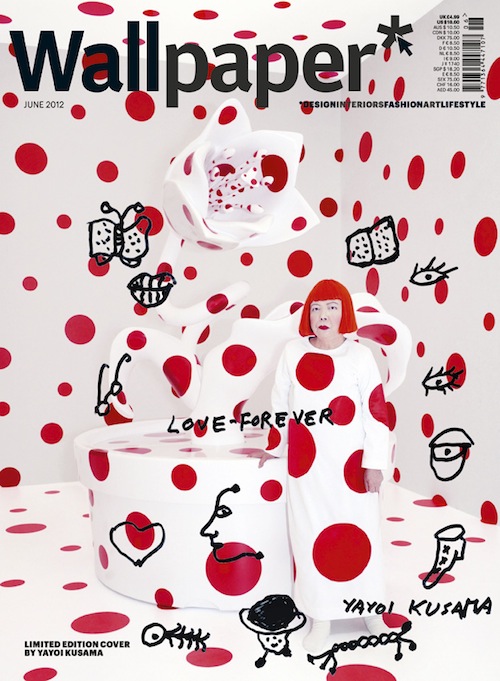 You can keep Jessica Alba for Marie Claire and Cameron Diaz for Harper’s Bazaar, I’m more interested in Yayoi Kusama on the cover of Wallpaper (and she designed it too). My problem with actresses and pop stars on the cover of mags is that each celeb has done so many covers with the required !!EXCLUSIVE!! interview that they literally have nothing of interest left to say. Everything of consequence has been said already. Artists on the other hand tend to be less publicity hungry (obviously there are exceptions) so rarely give interviews and they have a more specific outlook on life which means that when they do, they actually have something worth saying.

If you haven’t yet seen the Kusama exhibition at Tate Modern, do hurry. It ends on 5th June when it then moves to New York’s Whitney Museum of American Art on 12th July. And then on the 15th, we’ll finally see the long-awaited Louis-Vuitton-Yayoi-Kusama ready-to-wear collaboration – with windows in all LV’s stores worldwide showing VM displays created by Kusama of course (think red and white polka dotted eels writhing under the sea). It’s in the diary…

The limited-edition cover by Kusama is available to Wallpaper subscribers and on newsstands in Japan.

Press day highlights: Out of Synch by Fernando Casasempere 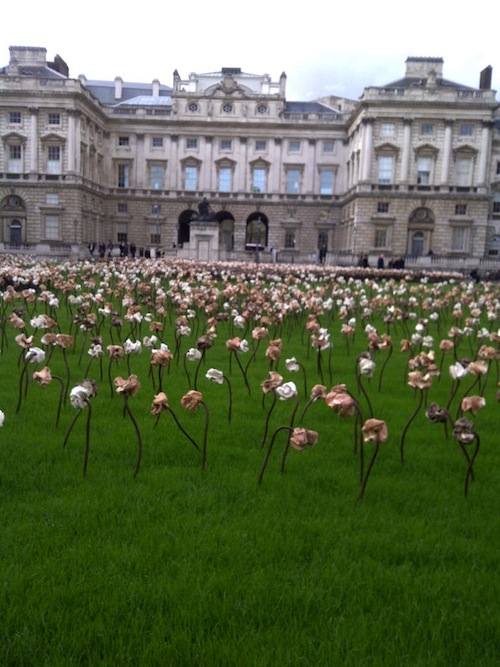 A lovely bonus of doing press days at Somerset House, I managed to get an eyeful of Fernando Casasempere’s breathtaking installation, Out Of Synch, just as the sky was clearing following a torrential downpour. An installation of 10,000 ceramic flowers, the display is in situ in the Edmond J. Safra Fountain Court until 27th April.

I’m planning to give my brain a rest this week, avoid meetings and catch up on some reading. Man With A Blue Scarf by Martin Gayford is a diary about sitting for a Lucian Freud portrait… 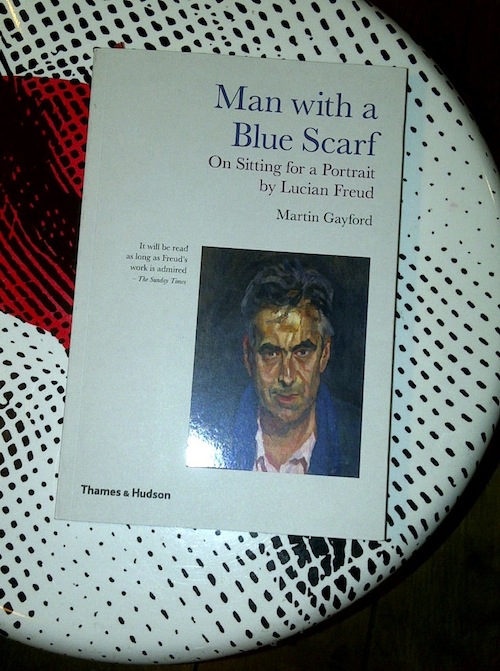 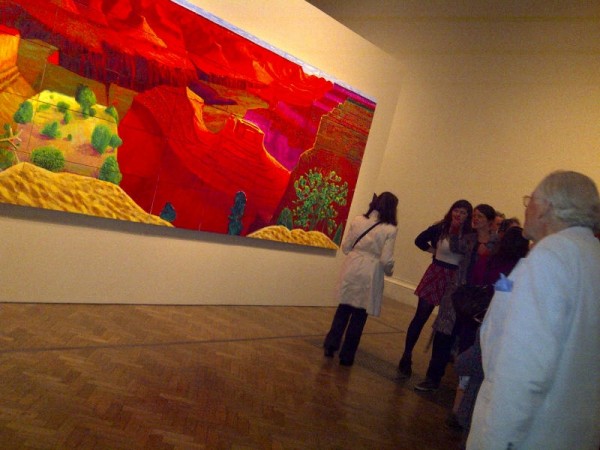 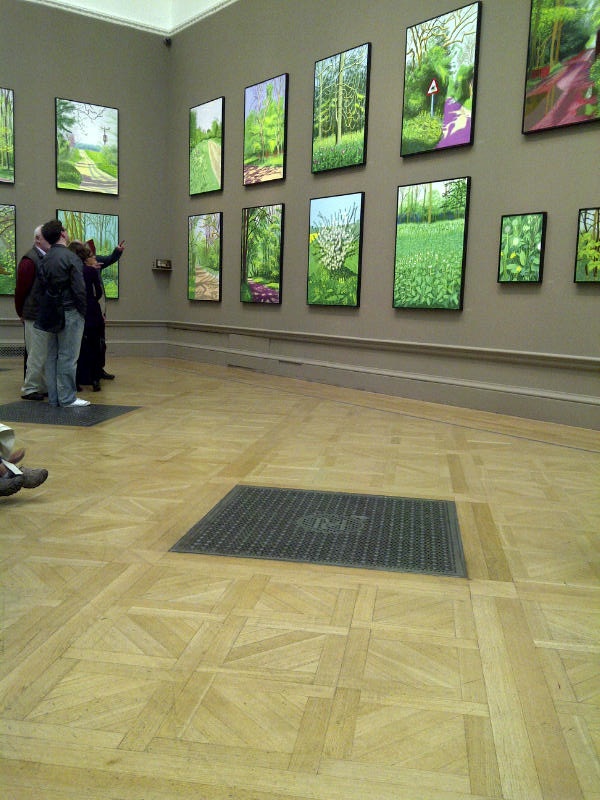