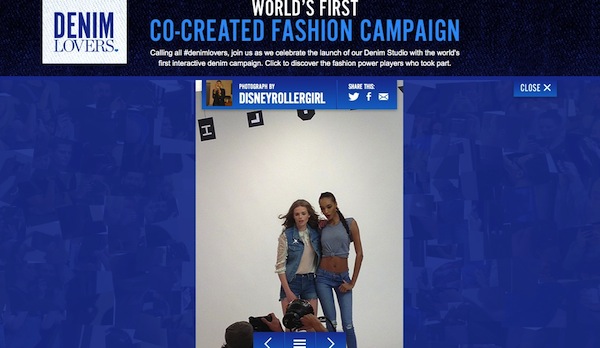 How to capture the zeitgeist of the current moment? You could do worse than peer into a makeshift photo studio at precisely 730pm at the old Selfridges Hotel last Thursday. Here, 300 invited denim lovers gathered, smartphones in fist, to shoot the world’s first ‘co-created and interactive denim campaign’ for Selfridges’ new Denim Studio.

The project, called #DenimLovers, began a few weeks earlier with an email from Selfridges’ creative director Alannah Weston inviting guests to arrive at the venue with the digital photographic device of their choice, dressed in denim. On arrival we were plied with American-themed mac ‘n’ cheese, hot dogs and milkshakes (served by fit boys in denim dungarees naturally) and entertained with eardrum-busting tunes and every blogger’s favourite – the posh photo booth.

This preamble was engineered to build maximum momentum for the big reveal – a photo ‘studio’ surrounded by staggered steps for us all to take our positions. After much jostling and repositioning, out came photographer Tom Craig to explain the proceedings. On his instruction, the lights would come up, our models would come out (Jourdan Dunn! Rosie Tapner!), strike their poses and pout like crazy for all 300 of our cameras and smartphones. As Craig explained, we live in a time of constant documentation, so why not harness this always-Instagramming culture for a new type of commercial campaign?

Bang on cue, the music was whacked up (Daft Punk’s Get Lucky – what else?) and the models werked it like there was no tomorrow. We snapped away, a pack of frenzied Testinos. Readers, it was quite mental. And then, being the Instagram queens that they are, out came the iPhones from the Tapner-Dunn back pockets for some extreme public Selfy-ing. Talk about capturing a millennial moment. This was all tremendous fun but the most exciting bit came when the models stepped off their platform and out into the public domain. They were royally mobbed and in my eagerness to ‘get my shot’ I found myself risking life and limb trapped in a Jourdan-Dunn-Rosie-Tapner sandwich. Oh the drama!

The official shoot over, the crowds dispersed back into the bar area… except they didn’t. Of course they didn’t. Instead, they used every white backdrop and black curtain to stage and share their own mini-shoots and Instagram moments – hashtag included. As with all modern media events, the whole shebang fed into a live digital hub of tweets and pictures, but that was only half the job done. Immediately post-shoot, favourite shots were emailed to Selfridges and what you see below is the result, a mosaic-style composite image made up of everyone’s individual vantage point… 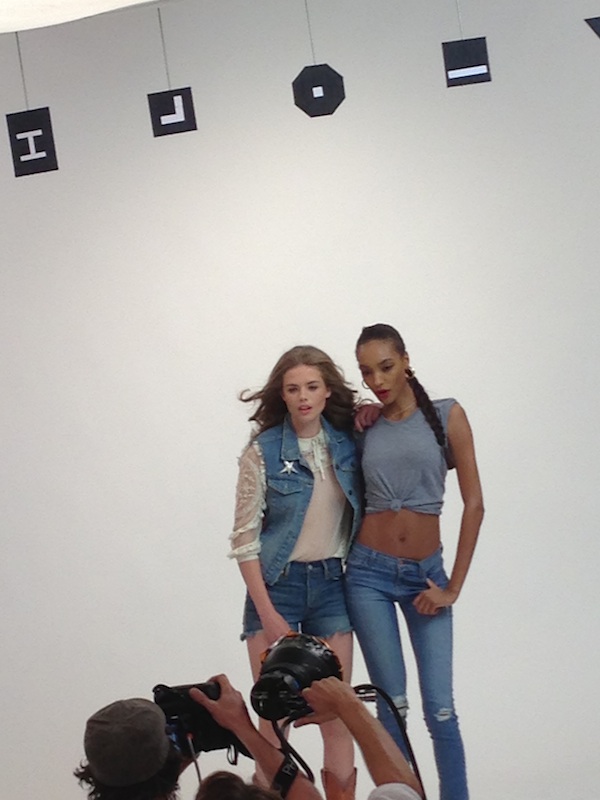 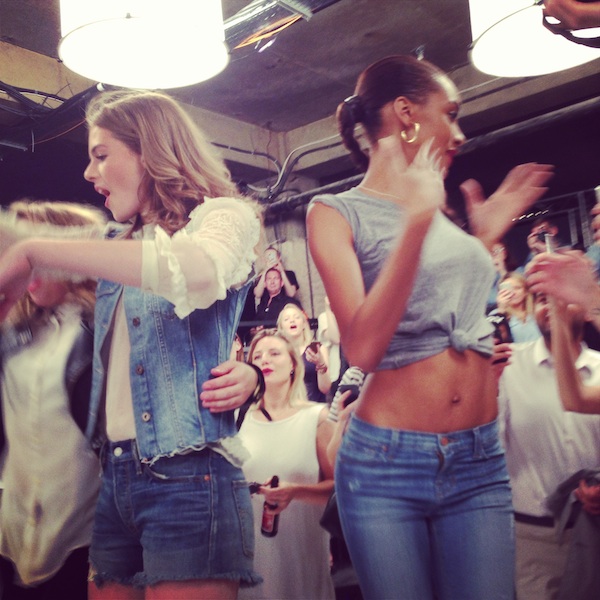 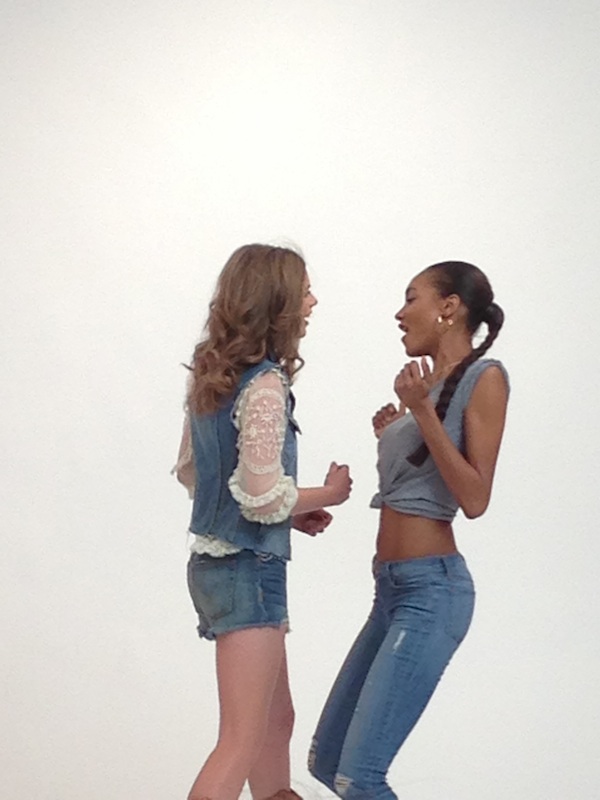 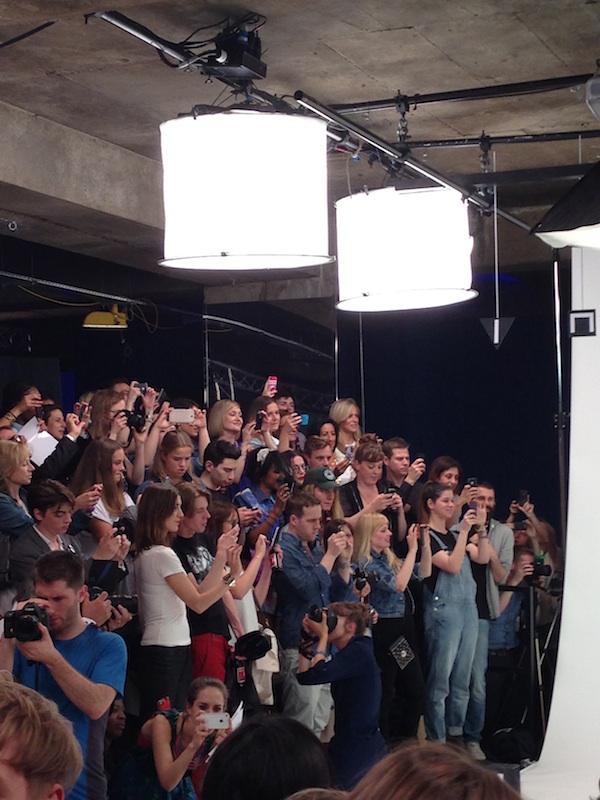 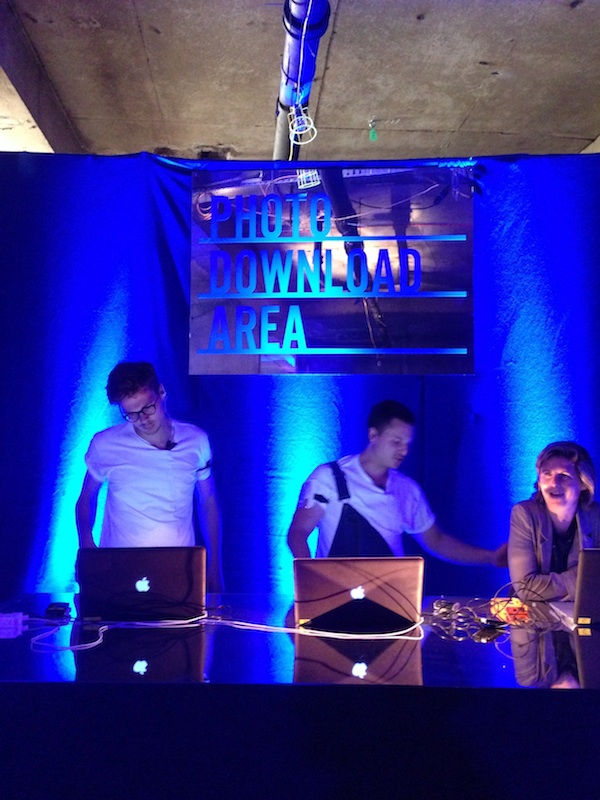 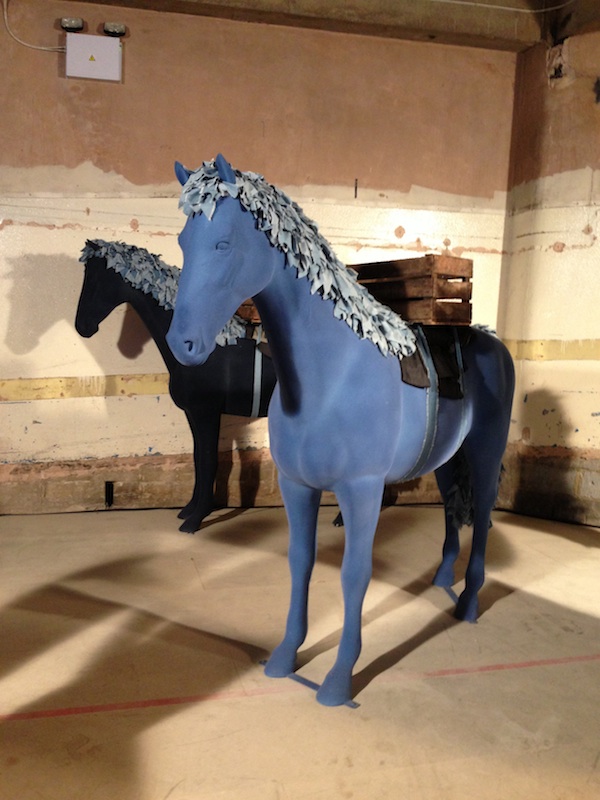 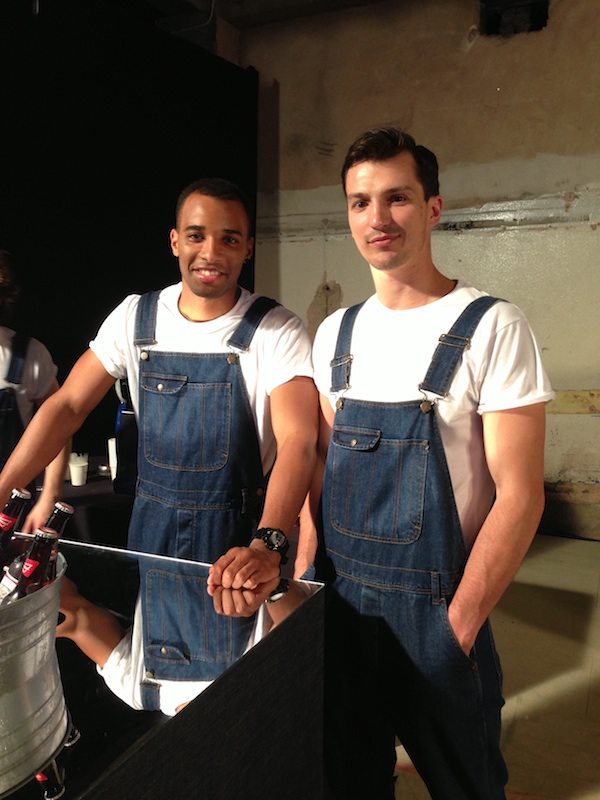 The composite campaign is currently visible on the homepage of Selfridges.com and digital outdoor billboards across London, Manchester and Birmingham. From the Selfridges site you can click on the individual images and share as you see fit. As Tom Craig explained to me euphorically after the shoot, this was a mammoth feat to pull off. “I’d had the seed of the idea in my mind for a while, and eventually I had a conversation with Alannah about it. She thinks Selfridges should always be completely inclusive so she loved the idea. But every step of the way was a challenge.” Isn’t that the case with all shoots? “Yes but there were so many people and stages involved with this one, there were constant hurdles to overcome.” Add to that the unpredictability that goes with any live event. “In the end I just told the girls to give out as much energy as they could and they would get it back – and that’s what they did.”

Selfridges is known for being well ahead of the curve in experiential retail, so it’s no surprise it has turned its summer denim takeover into a comment on our democratic, interactive digital culture. To keep up the momentum, there’s a full programme of denim-flavoured events going on in store from now until 24th August. Watch this space for more info, including an event I’ll be hosting for denim geeks…