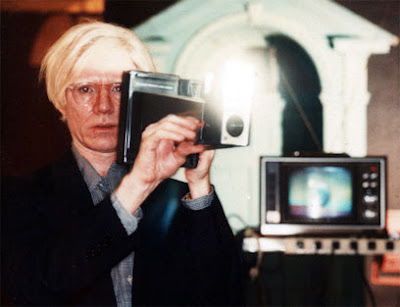 Face Addict
A fascinating trip back in time to Downtown Manhattan in the 70s, as lived first-hand by photographer Edo Bertoglio. Adopted by Andy Warhol, Bertoglio became the man responsible for immortalising the scene’s supercool stars in the pages of the Factory house magazine Interview, including the likes of Basquiat and Debbie Harry. Having lost his exalted position following a destructive drug addiction, Bertoglio returns here to his former haunts to offer a unique insider’s perspective on the faces, lives and work that continue to resonate even now.

This review was taken from The ICA website. The ICA is celebrating the launch of this film with Shoot Yr Idols, a two-week season of art documentaries with footage including Ed Ruscha, Robert Mapplethorpe, Patti Smith, Jean-Michel Basquiat and Andy Warhol. The season runs from 15 August 2008 – 31 August 2008.

Bubbling under: the bling revival? Too big for your boots?