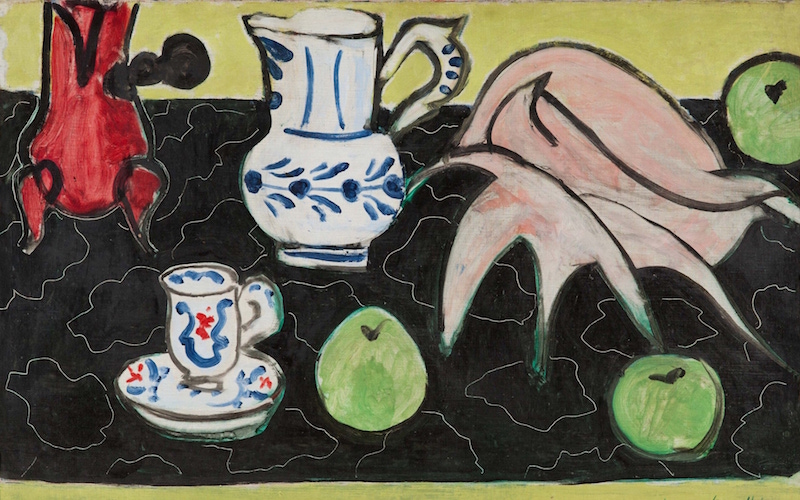 I had the loveliest, creative week last week. All the planets aligned and sent me off to visit friends in a far off land (Eastbourne), to an excellent film screening (the Dries van Noten movie ) and to the Matisse In the Studio exhibition, where I reacquainted myself with a long lost friend.

I loved Dries, the movie. It’s a niche film so hasn’t had cinema distribution. Instead I saw it at a private screening hosted by WattsWhat magazine at the appropriately textile-tastic Ham Yard hotel. The film is an intimate portrayal of Dries van Noten at work and at home. It gets right up close, delving into his work processes, his home life, his garden obsession and his relationship with partner Patrick Vangheluwe.

I thought the backstage fashion show footage was particularly revealing. The idea of styling a show makes me feel sick – too many things that can go wrong. There’s a scene of controlled chaos where Dries is checking the models as they’re lining up to go onto the runway and he has a mini flap (but in a calm, Dries-y way of course) as he doesn’t have the list breaking down the exact styling details. I could totally relate! “Should hands be in or out of pockets?” seems like such an inconsequential concern in the grand scheme of world issues but when you’re orchestrating a show, it probably does feel like the height of importance. So I could feel the palpable stress and also the lingering sense of dissatisfaction post-show, when Dries reveals that he always notices loads of mistakes. Oh, the pain of perfectionism. 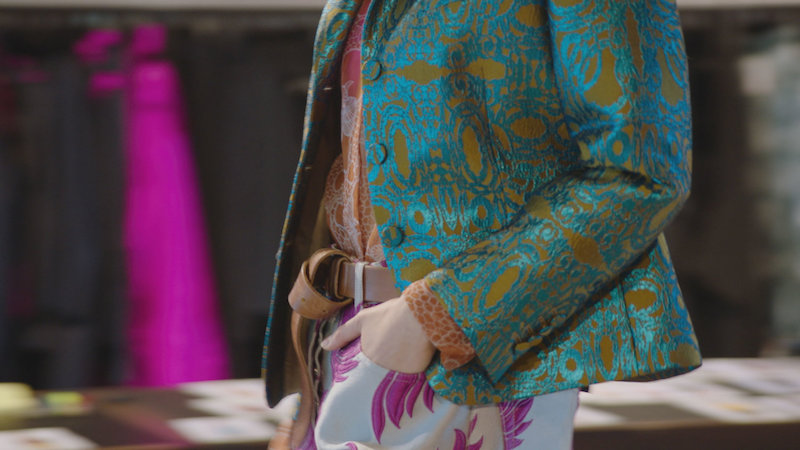 I enjoyed seeing inside Dries’ house and of course his utterly ravishing garden. And his eccentric perfectionist ways revealed themselves again in a scene where he places freshly cut flowers in a vase next to an arrangement of objects. After moving each item a millimetre to the left and to the right, director Reiner Holzemer asks what he is trying to achieve. Dries explains he wants to echo the colourful juxtaposition of a nearby chair in this set-up, something none of us would consciously have noticed, but would have all subconsciously appreciated.

And there you have the success of Dries van Noten. The exact same attentiveness is what he enjoys when placing this loud patterned shirt with that woven suit. We see this play out in lengthy design studio scenes and from our vantage it’s fascinating. But equally, it must be exhausting to experience and live with. 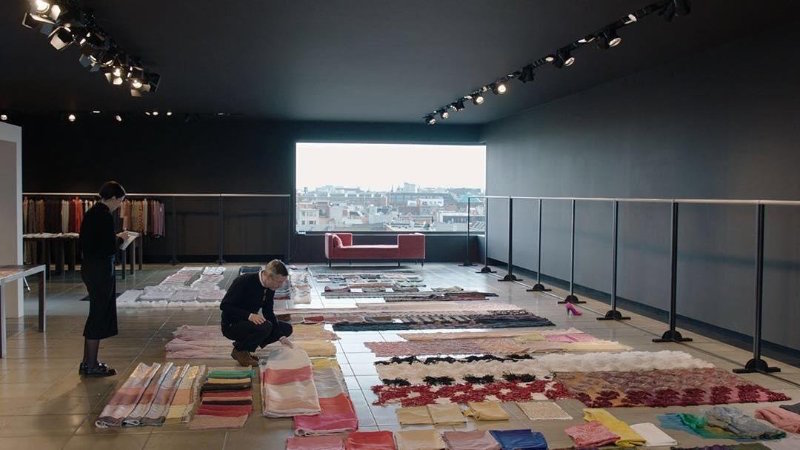 Earlier that day, I saw Matisse In The Studio at the Royal Academy. This exhibition is so popular that even members have to book a slot and can’t just swish in. In the same vein as the Dries film, this demonstrates the artist’s ways of juxtaposition. Matisse’s very specific eye, that has a unique way of placing a textile next to a body next to a decoraitive chair is such a delight to behold. His relationship to Central and West African art and sculpture and notions of global beauty are also explored. I think Dries would have loved it. 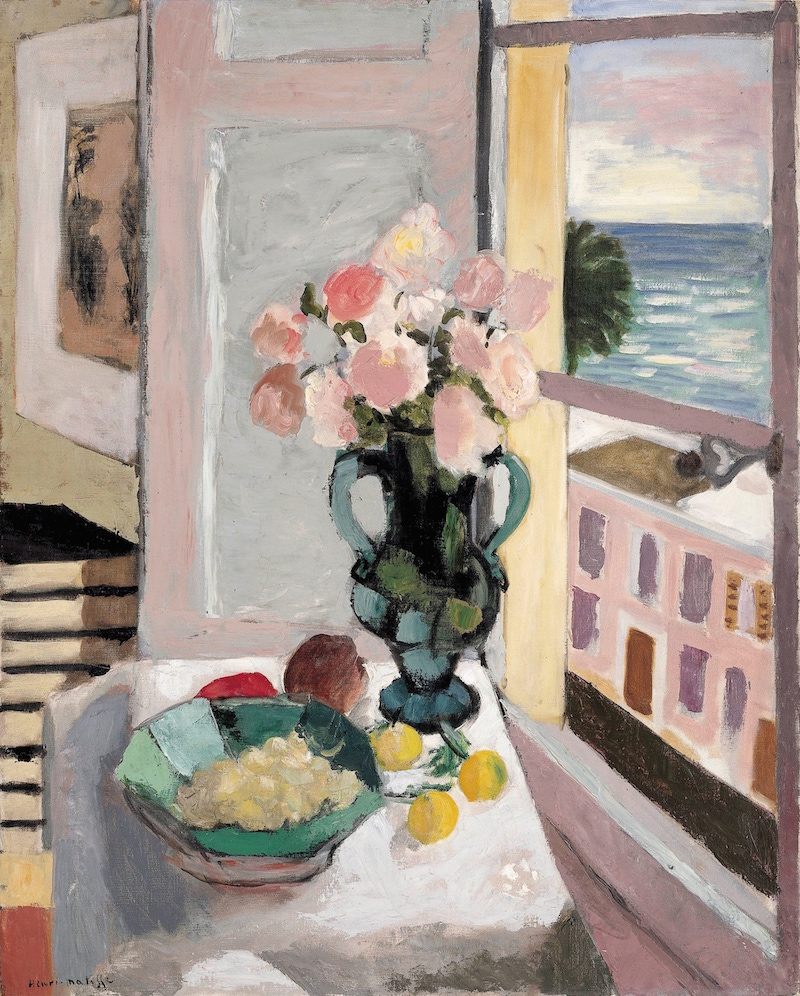 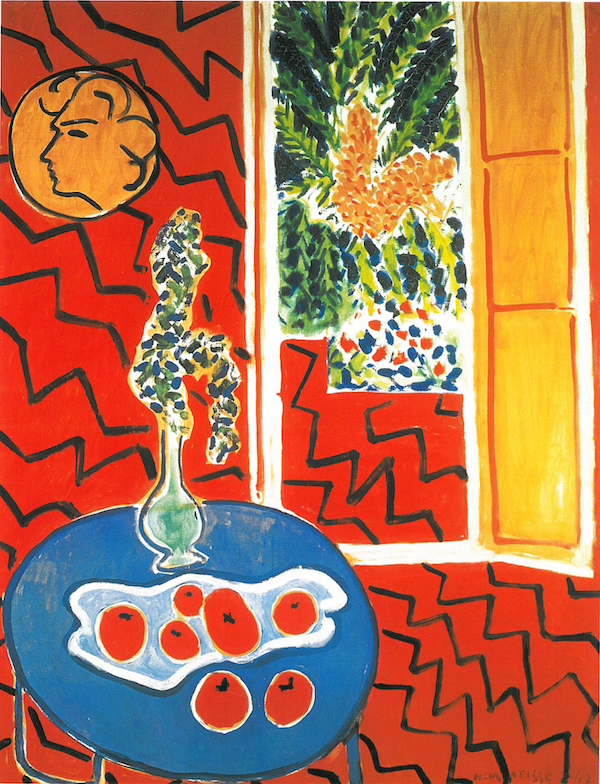 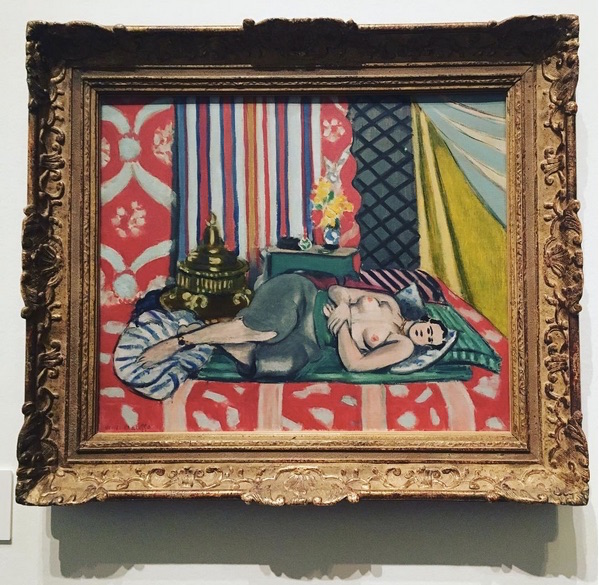 Matisse In The Studio is at the Royal Academy until 12th November 2017. Watch the Dries trailer here.