*Prophetik’s show which was all very olde worlde civil war era styling with chambray ballgowns, pintuck blouses and equestrian details – sadly no photos as I was too busy Twitpicing Jimmy Choo’s shoes in front of me (a square-toed slip-on, fyi). Oh and a wee hillybilly band danced a jig at the end. J’adore. 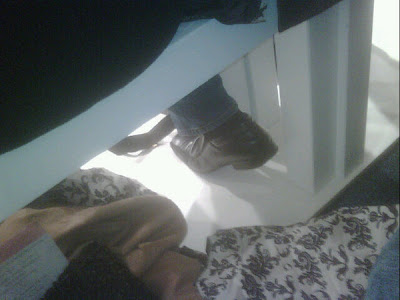 *A proper lunch! I recommend the mussels at Lowlander opposite the Vauxhall Fashion Scout venue.

*Chatting to (fashion styling legend) Judy Blame outside The Sustainability Show. Blame was a pioneer of the now-fashionable upcycling movement, having started his fashion career in the eighties making jewellery out of anything and everything old, weird and wonderful he could get his hands on. He was at the show to support BFF Noki. And he admired my Eley Kishimoto (courtesy of WAH!) nails. *Faints* 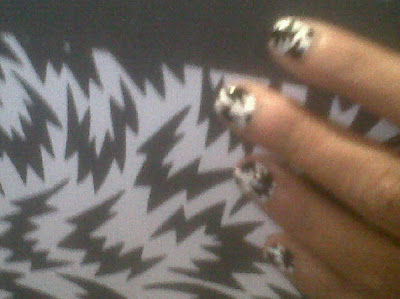 *Orla Kiely’s movie. There are fashion films and there are fashion films. The unsmiling woman moodily lit with weird angles and conceptual storyline? Not for me, but give me youthful whimsy, Lula-esque styling, cake and balloons and I’m all yours. Orla’s presentation had an 8-seater cinema planted in the middle of a room showing her Gia Coppola-directed film on a loop. “It was all very spontaneous and low budget and was shot in two days,” Orla told me over a cake-on-a-stick. “I was talking to Leith Clark (Lula editor-in-chief and Orla Kiely collaborator) about what we could do and we came up with the idea of the film about a month ago. She offered to speak to Gia and Gia said yes!” 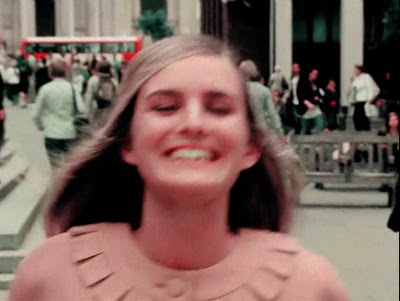