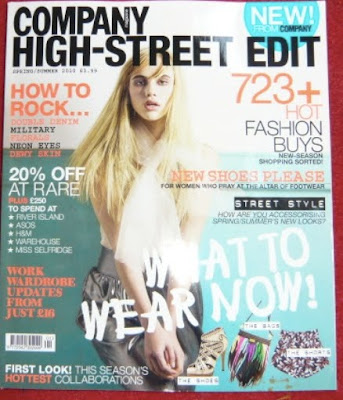 There’s nothing I like more than a new magazine. Everyone and his wife is waiting for the launch of Gentlewoman (which arrives at Franks in London today and everywhere else next week), but in the hoo-hah, don’t overlook the new Company High-Street Edit. Company magazine is a mainstream women’s mag aimed at the twenty-something market in the UK. When I heard about its new bi-annual High-Street Edit, I envisaged something akin to Elle Collections. The truth is, it’s much more than just the catwalk collections interpreted. There are main fashion shoots (including one by the fab Chiara Romagnoli), customising ideas, a feature on bloggers and a shoot styled and modelled by Company magazine’s interns. The best thing is, in its 132 Nylon-esque matt pages there are hardly any ads!

Oh, did I say there was a feature on bloggers? Company included Liberty London Girl, Style Bubble, Ripped Knees and ahem, me, in its feature on fashion bloggers. Although it was edited a tiny bit (I swear I never used the phrase ‘style icon’), I completely forgive them because they had illustrator Tommy Pang create this absolutely darling little illustration of Disneyrollergirl. I wish I looked like this! 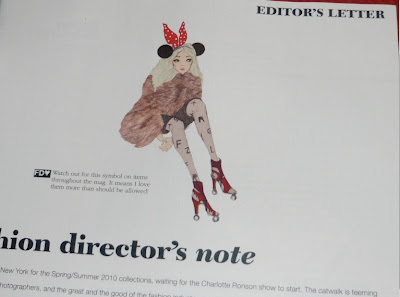 Here’s the article (double-click to read): 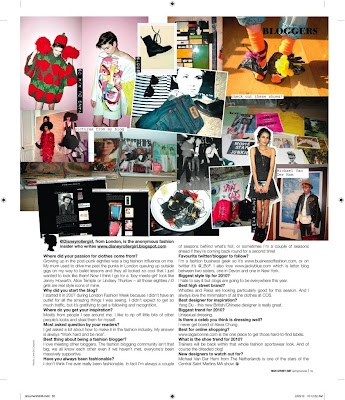