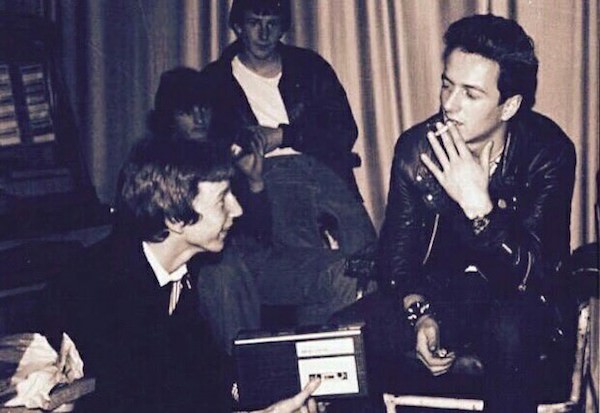 He’s run a fanzine from a phone box, was the first to play Wham! on the radio (and became their tour compere), helped bring hip-hop and Brit pop to the masses and schmoozed with Soho’s fashion and music finest during the Wag Club heyday. First and foremost a hardcore music freak, he currently hosts shows on BBC Radio London and this year released the frankly brilliant ‘Gary Crowley’s Lost 80s’ compilation album. A potent cocktail of killer rarities and under-appreciated gems from 1980-1987, it runs the gamut from post-punk new wave and indie guitar pop to early hip-hop and dance electronica. (My most played: Keep on Keeping On by the Redskins and Stop That Girl by Vic Godard).

On 7th October, Gary is returning to his NW8 roots to answer my loooong list of questions about his most memorable moments in the music biz. Even better, we have carved out time for Qs from the floor, so if you want to come and see me in the Michael Parkinson seat, grab the last few tickets here. Or, to win a pair of tickets, leave your name in the comments (email addresses won’t be published), or on Twitter. The winner will be picked at random on 23rd September and notified by email or social media.