Fashion, design and photography things to see and do 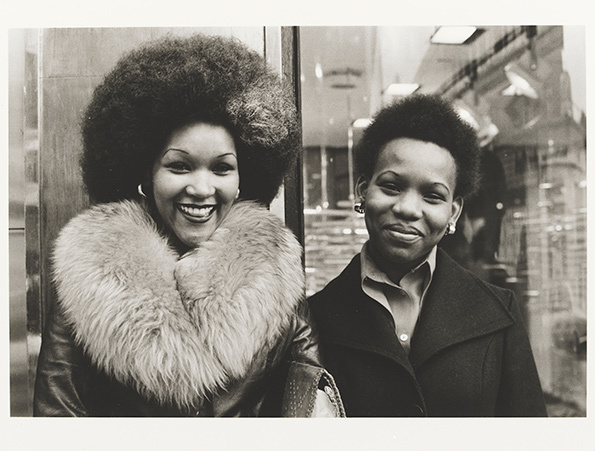 With Easter coming up (doesn’t it always creep up on you?!), now is the time to plan and book tickets for some must-see events. Apologies if some of the following suggestions are already oversubscribed, I honestly don’t know where the time is going….

BATH IN FASHION 21ST-29TH MARCH
This starts on Saturday and sees nine days of fashion goings-on in one of Britain’s most stylish towns. Now in its sixth year, the Bath In Fashion programme includes Grazia’s Susannah Frankel in conversation with Style.com’s Tim Blanks discussing the V&A’s Savage Beauty exhibition; friend of DRG, Alyson Walsh (A.K.A That’s Not My Age) giving a talk on generation FAB (Fifty And Beyond) and signing copies of her book Style Forever; a button making workshop at Anthropologie, plus Susie Lau co-hosting a fashion careers forum. That’s just a tiny taster of a quite dizzying array of diverse activity. Book tickets for Bath In Fashion here.

PIERO FORNASETTI: LA FOLIE PRATIQUE UNTIL 14TH JUNE
In Paris, a brand new exhibition has just opened at Musée des Arts Décoratifs celebrating the astonishing output of Piero Fornasetti. This looks incredible. However much you think you know of the prolific artist and designer, there’s so so much more. As always, it’s the sketchy, scrappy ephemera and contextual stuff that fascinates me and it looks like this exhibition delivers all that in spades. Luckily it’s on til June 14th so there’s a good chance I’ll get to see it. Book tickets here.

STAYING POWER: PHOTOGRAPHS OF BLACK BRITISH EXPERIENCE 1950s-1990s UNTIL 24TH MAY
Closer to home, obviously there’s Savage Beauty at the V&A (pictured top) which has been extended to 2nd August. If you’re going to that (and even if you’re not), don’t forget to check into Staying Power: Photographs of Black British Experience 1950s-1990s. This free exhibition looks at black British culture explored through expressions of fashion and style. Everything in it is great but I particularly homed in on Raphael Albert’s reportage photos of black beauty pageants in the 60s and 70s, and Neil Kenlock’s 1970s portraits of Caribbean Londoners at home. The details are evocative and quite nostalgia inducing. To accompany the photography, there are headphones to listen to oral histories of the photographers and subjects – don’t miss these!

NICK WAPLINGTON/ALEXANDER MCQUEEN: WORKING PROCESS UNTIL 17TH MAY
Coinciding with Savage Beauty is this, totally different, look at the work of Alexander McQueen which has just opened at Tate Britain. McQueen commissioned his friend Waplington to document the making of his Horn Of Plenty collection (one of his last) and the results are gobsmacking. You really feel like you’re in the studio with the team, witnessing the magical moments of creation. I’ve only seen the photos in the exhibition’s accompanying book so I’m looking forward to seeing them larger than life. There’s a very good video of Waplington talking about his work here. Buy tickets here.

VOGUE FESTIVAL AT THE RCA 25TH-26TH APRIL
Vogue Festival (in association with Harrods) has come round again, a little later this year on 25th-26th April. It’s at a different venue too at the Royal College of Art and the Royal Geographical Society nearby. How on earth do they keep finding new ‘wow’ speakers year on year? Well this year has John Galliano, Stella Tennant, Tim Walker (for the second time) and Quentin Jones on the roster – I’m pretty happy with that. This year’s Vogue Festival will also host ‘How To Be’ career master classes , offering the opportunity for one-on-one face time with leading industry heavyweights giving insights into becoming a fashion journalist, fashion editor, photographer or editor. Book tickets here.

What to buy from Selfridges Agender THE DRG STYLE INDEX: THE CORNER, PORTS 1961, LVMH PRIZE, MARC BY MARC JACOBS