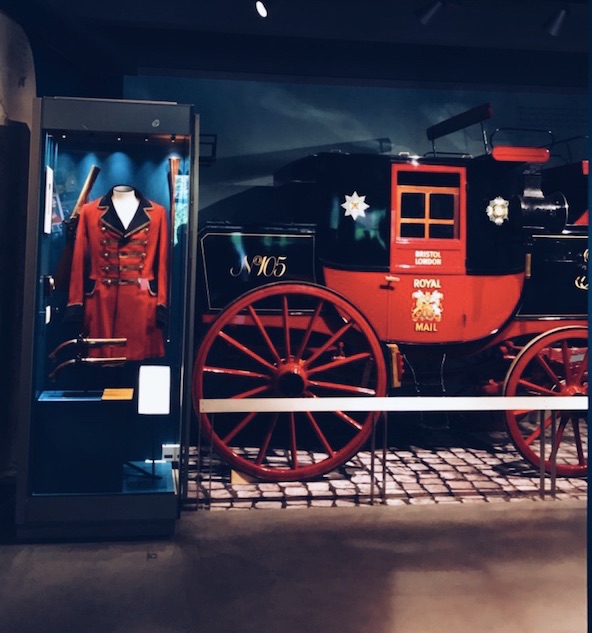 Anyone remotely geeky is going to love The Postal Museum. Philatelists, trainspotters, fascinating fact addicts – come one, come all! London’s new destination lets you immerse yourself in British history, taking you on an experiential trip down the memory lane of the world’s first postal system. It’s interactive, steeped in detail and very good fun. I went to experience it in its first week.

To some, the post might not be the most riveting subject. But I love anything to do with communications and ephemera. Stamps, letters, long distance storytelling, they’re all precursors to social media as we know it, are they not?

The Postal Museum, in London’s Clerkenwell is located in a former printing factory, reimagined as a shiny new immersive space. It’s set up as five zones, taking you from the early days of the system, when posting a letter was an expensive luxury benefitting the few, through to experimental initiatives like the 40-mile pneumatic network. This network of pneumatic tubing allowed messages to travel around London by air pressure, connecting the central telegraph office directly with Parliament and the stock exchange. The fun part is you can have a go yourself as there’s a pneumatic tube running throughout the museum. 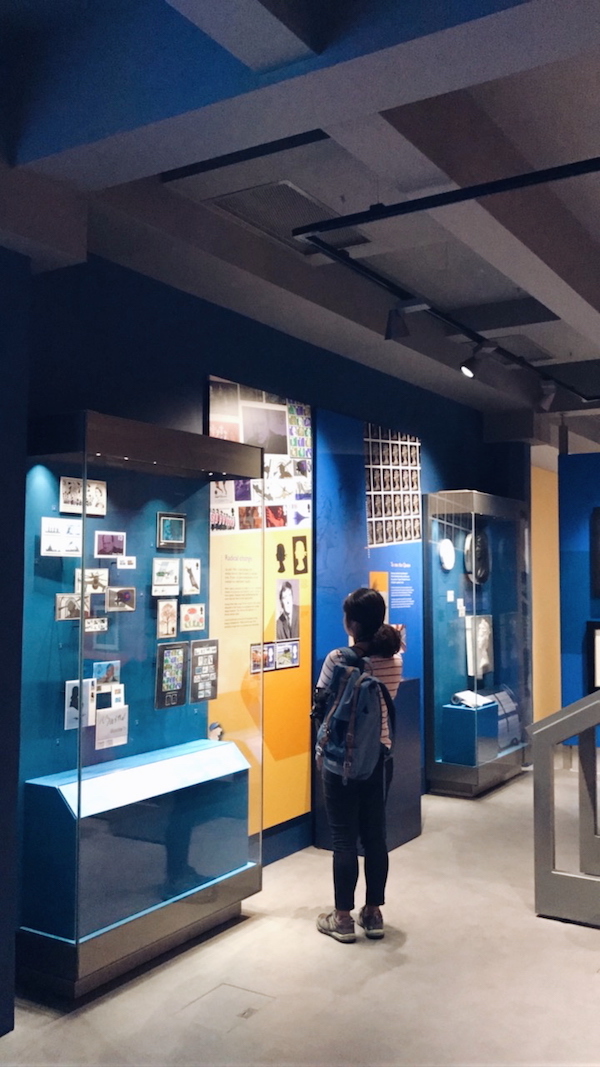 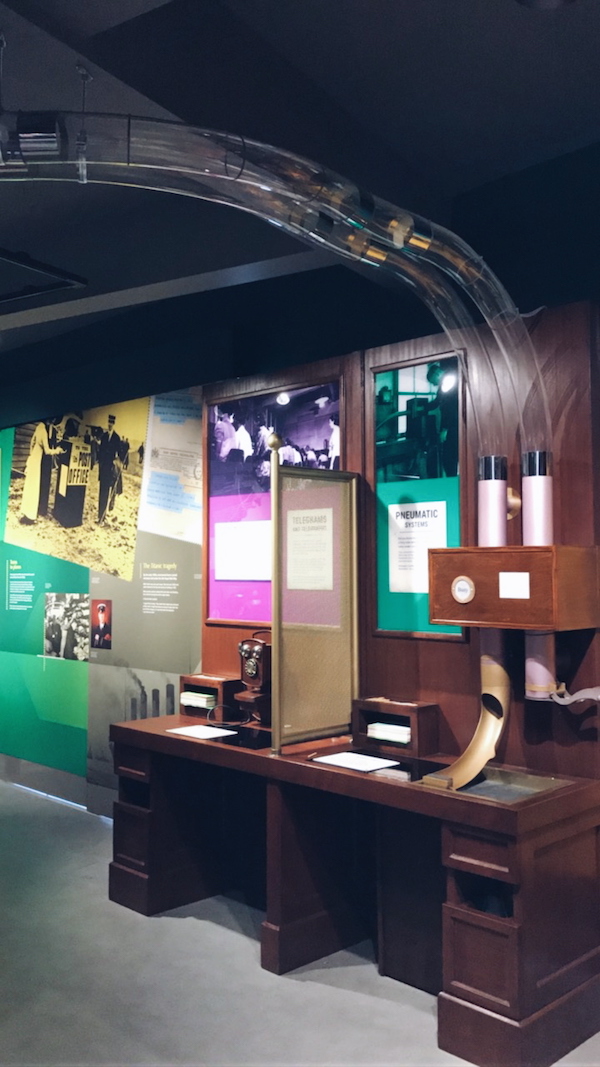 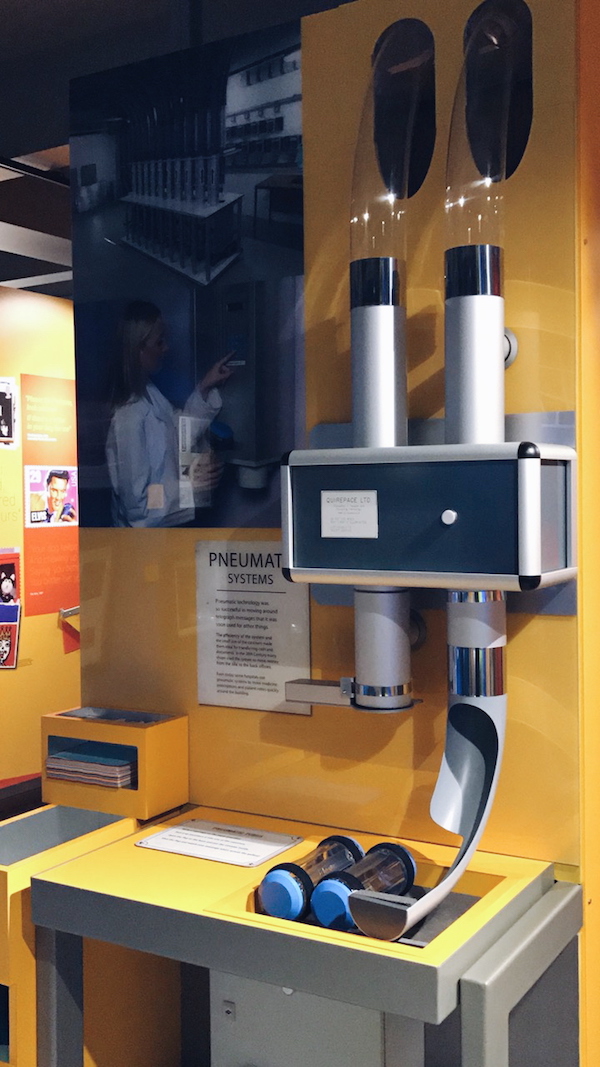 The overarching purpose of The Postal Museum is to celebrate the role of the postal system in communication and society. Literacy actually went up, revolutionising human communications, thanks to the 10-12 postal collections a day at its peak. There’s a great section that shows the marketing of the post office, with beautifully designed posters championing the role of the service in daily life.

That should keep the history buffs happy. For philatelists, there are rare stamps on show including a proof sheet of the famous Penny Black, the world’s first stamp. (This is the only place in the world where you can see a whole intact sheet.) You can also see the original cast of the Queen’s head that is so recognisable from our famous stamps. 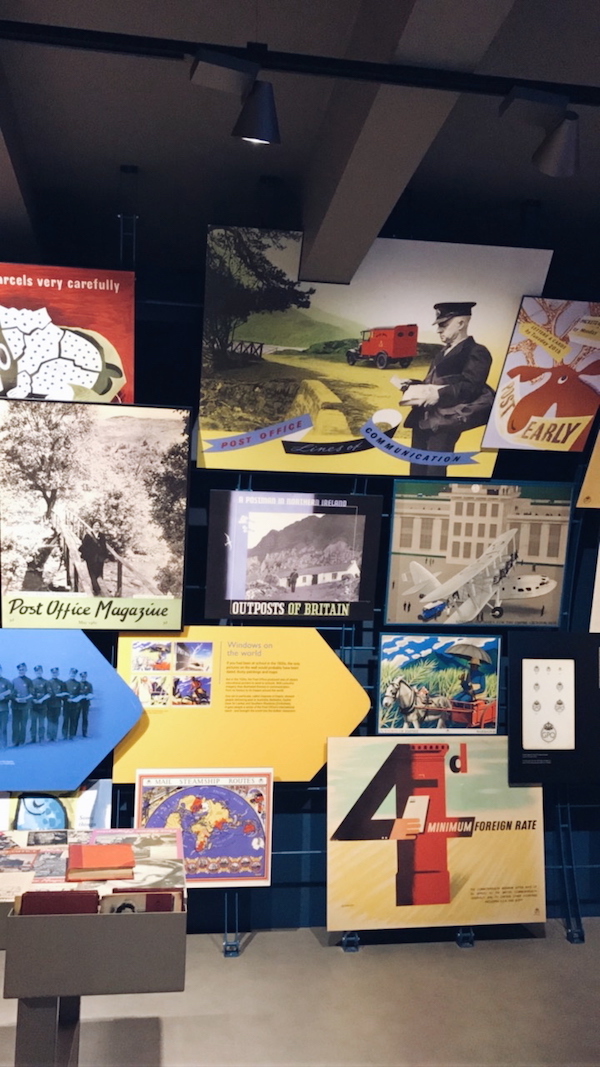 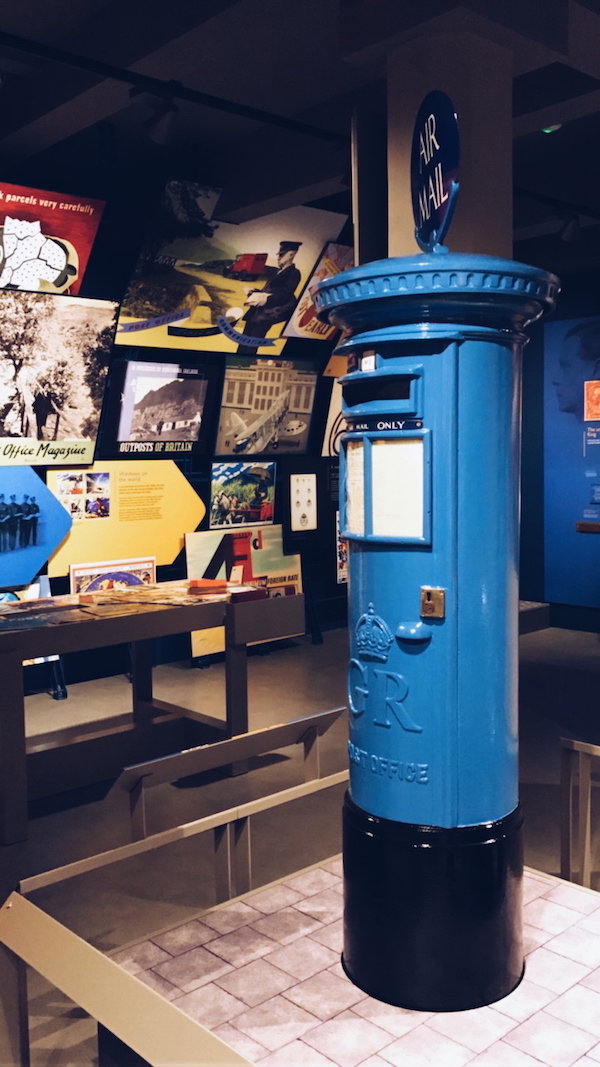 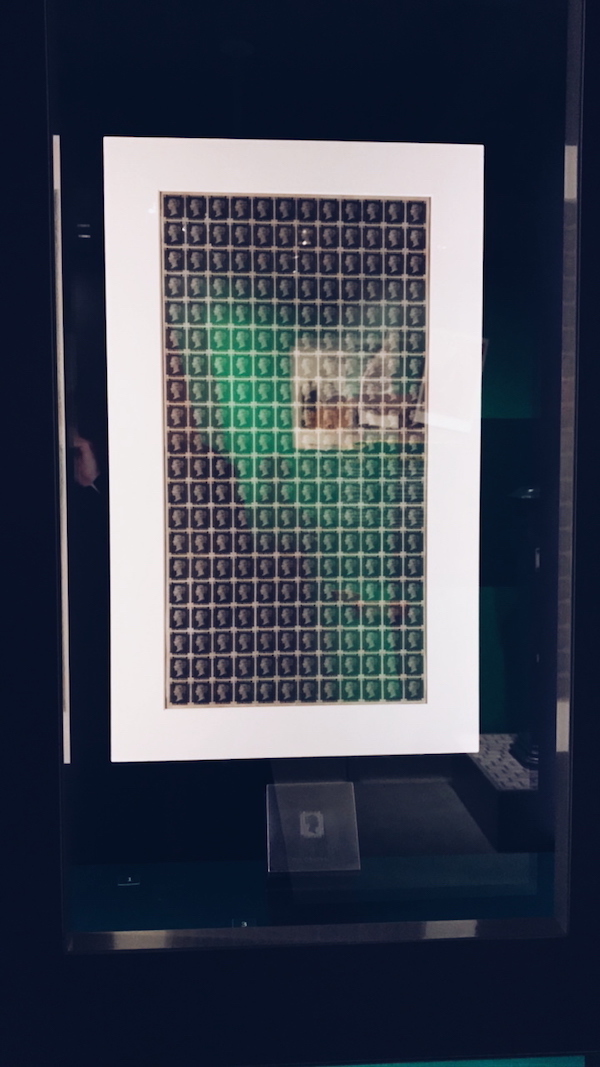 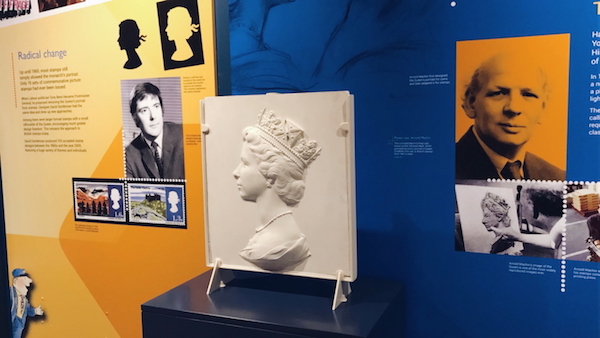 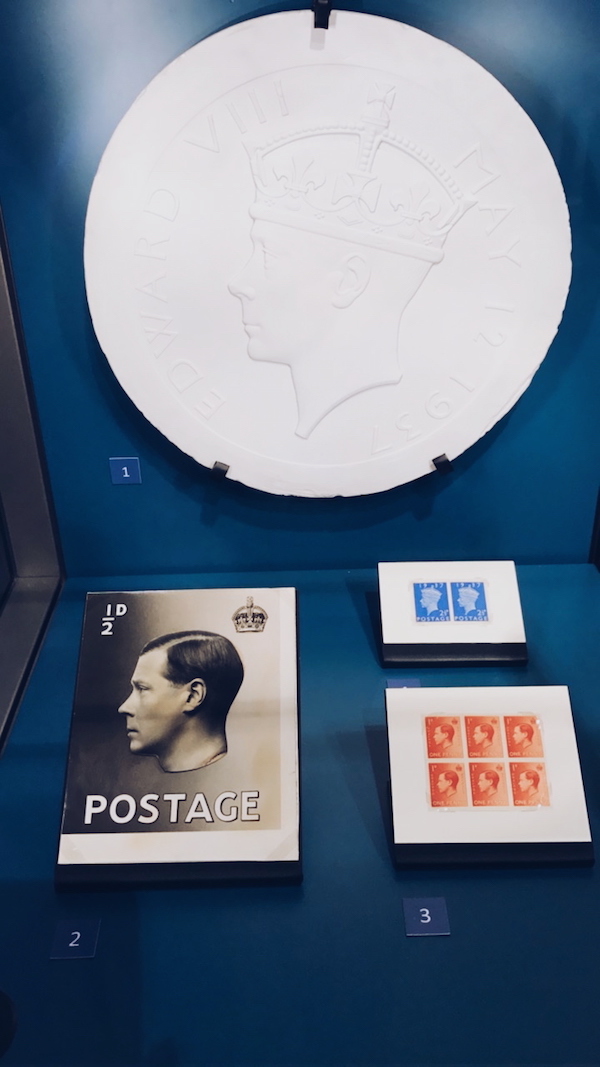 If I have one criticism it’s that the museum is mostly aimed at families and I’d love to have seen some more archival ephemera on display. That said, for those interested, the postal archives are kept in the Discovery Room in same building and can be visited for free (Tuesday-Saturday) without an appointment.

Meanwhile, opening next Monday across the street is the other part of the museum, the Mail Rail. This is so much more fun than I expected and I’d suggest waiting to try to do both parts together. The Mail Rail refers to the underground transport system that delivered 4 million pieces of mail a day throughout London until 2003 when sorting offices were moved out of central London to the boroughs. At the Mail Rail museum, you get to see examples of original machinery and can try your hand at operating it. For example, the switch frame that moves the trains around the network (below).

There were also mail trains running outside London, called Travelling Post Offices (TPO), where mail would be sorted on board moving trains to speed up the process. A highlight of the Mail Rail museum is the moving simulation of a TPO (below). You can dress up in postal garb and have a go at sorting post against the clock, which is lots of fun and a great selfie opp for kids. 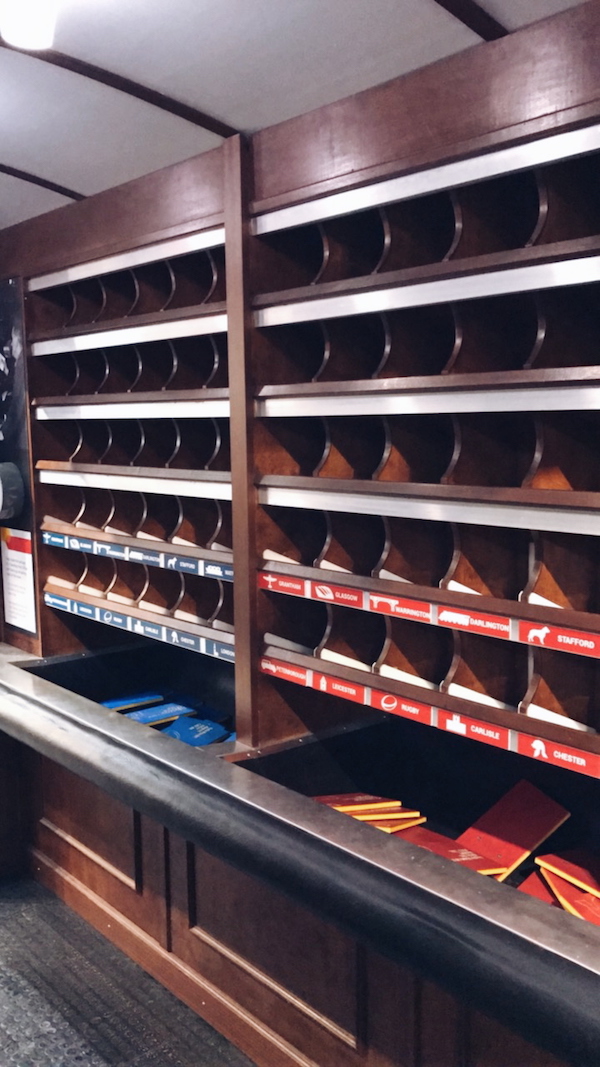 The main attraction here though is the Mail Rail underground train ride. This is a 20-minute ride that goes 70 feet under Mount Pleasant, taking you on a narrative tour of the journey the Mail Rail train would have taken. There are two trains that will run in regular intervals, taking hundreds of people a day on these circuits.

The Mail Rail trains are tiny – not unlike funfair ghost trains. Remember, these were originally used to transport mail so weren’t designed to carry people. For the purpose of the museum they have had to be redesigned and made robust and reliable. So there are a couple of points to bear in mind. They’re a certain height, so if you’re tall or claustrophobic you may want to reconsider. Also, you’re asked to put your bags in lockers before going on the ride, so it’s best to avoid bringing lots of stuff with you. It’s super fun though, so definitely worth having a go. Once the train starts moving, you’ll hear a recorded narrator explaining how the Mail Rail worked. This is accompanied by slide shows, music and film footage projected onto the platform walls as you pass through. This animated history lesson is brilliantly done and really immersive. The narrated films do a great job of telling human stories from the perspectives of those who worked on the Mail Rail. You really do feel like you’re going back in time and can imagine working on this quaint rail system. 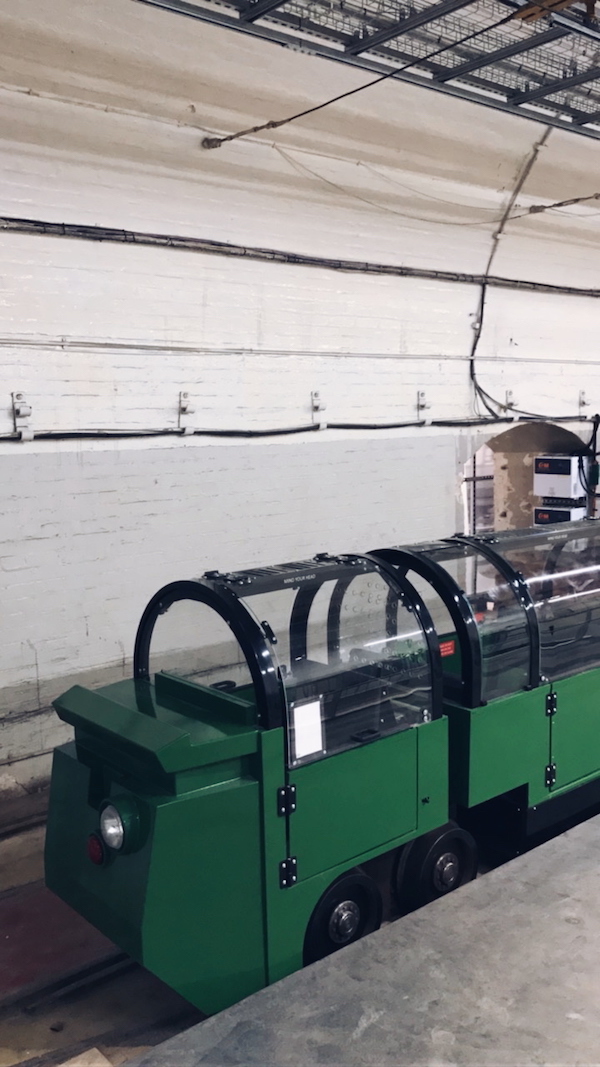 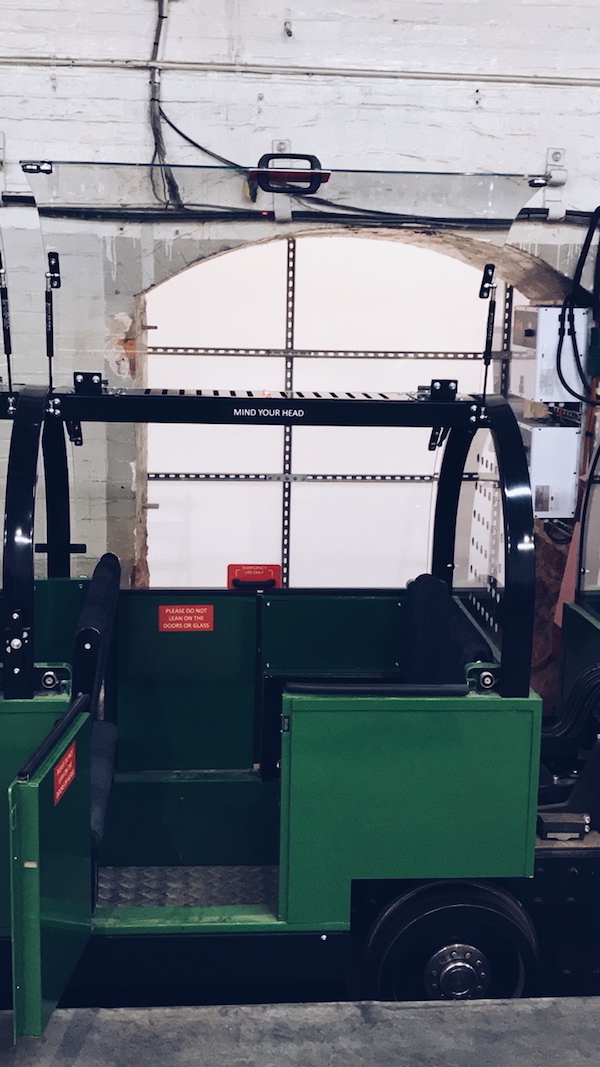 Even if you’re not a train or postal enthusiast, the Mail Rail and Postal Museum are worth a visit if you love history and stories. There’s so much information here and it’s all done in a way that invites the visitor’s interaction. The Mail Rail open on September 4th, however most of the weekend tickets are selling weeks in advance so it’s a good idea to check availability now.

The Postal Museum is at 15-20 Phoenix Place, London WC1X 0DA