Ask Alison: On fashion weeks, double screening and the importance of influencer clicks 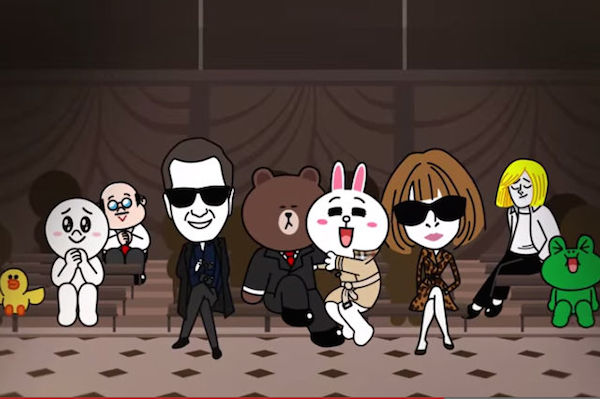 Fashion month has kicked off and already the digerati style-set are hot on the heels of the latest ‘influencers’ and their preferred social media platforms. As fashion designers, media publishers, retailers and luxury brands all assess their ROI (return on investment) across social media spend, it’s influencer clicks and double-screening activities that are driving digital trends this season. 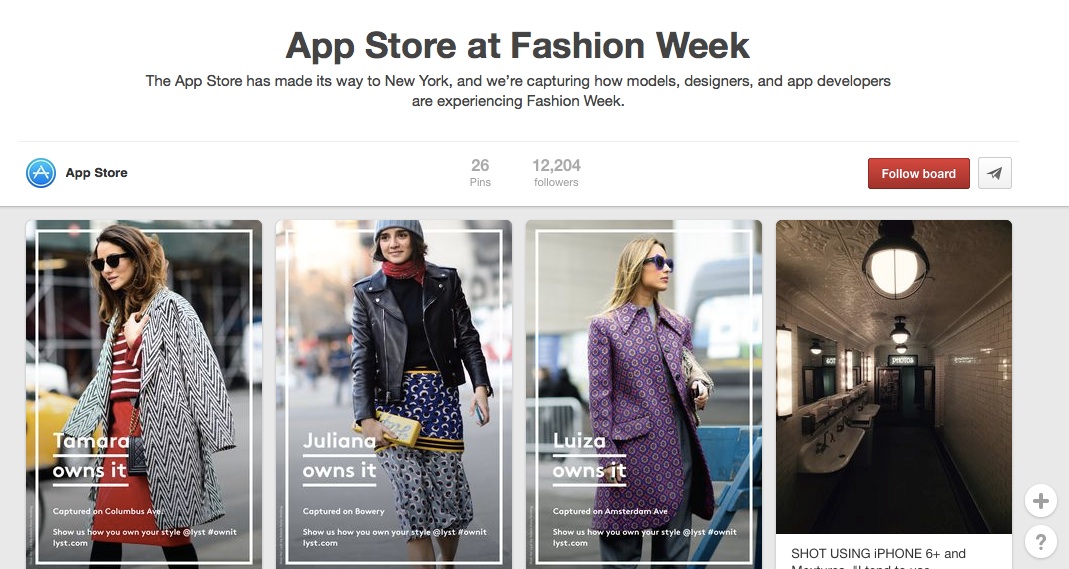 Apple is jumping on the ‘pinfluencer’ bandwagon, with a collaboration for its App Store and Pinterest that launched during NYFW.

As Pinterest develops more Rich Pins, or pins that are instantly actionable like real-time pricing or store addresses, the appeal of immediate, one-click access is hard to ignore, especially considering Pinterest’s huge fashion following. (ComScore has it at 70m visits per month according to WWD, with more than 5m fashion pins going live every day). So the App Store collaboration allows users to discover new iOS apps and install them without leaving Pinterest.

So far we’ve seen early tastemaker pinning activity such as FarFetch Discover, ASAP54, Lyst and Snapchat all uploading dedicated content from NYFW, while influencers such as Cara Delevigne or Olivia Palermo will be sharing their favourite apps for the duration of London, Milan and Paris fashion weeks.  Photography and visual culture is also on the App Store’s content agenda, via pinning activity from iPhone photographers Katja and Mal Sherlock as well as designer Valentina Kova and visual storytelling app Steller.

WHAT DOES IT MEAN? Apple’s Pinterest collaboration shows the strength of the visual-culture platform and the power of pinners as influencers. The one-click download mentality is indicative of millennial behaviour and looks set to drive digital strategy across other social media platforms. 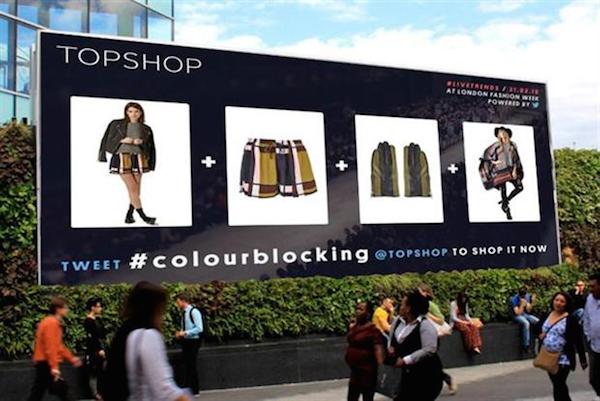 The triumvirate of London Fashion Week digital innovators: Burberry, Topshop and Hunter Original, have all chosen to focus their #LFW social activity on the captivating appeal of live-streaming their show, combined with live messaging app collaborations.

Topshop is again taking a democratic approach to sharing its Unique fashion show live online and on six outdoor advertising poster sites across the UK at high-traffic locations such as London’s Westfield shopping centres.

Topshop is partnering with Ocean Outdoor and Twitter for the live-stream show, during which viewers can shop for key trends by tweeting trended hashtags eg #military or #monochrome. Topshop plans to curate an offer of related merchandise online, utilising real-time data accrued from LFW #LIVETRENDS tweets. Fans using the service will receive a tweet back, detailing looks that fit the trend brief and are instantly shoppable.

“Through Twitter’s listening power, we can allow our global consumer to shop the trends as and when they happen, and give them insight and access into runway shows,” says Sheena Sauvaire, Topshop’s global marketing director.  “The idea of live advertising is just beginning and this will be a first example of real-time shoppable billboards,” she adds.

Hunter Original is doing something similar, also via live-streaming its show on nine of Ocean Outdoor’s digital screens across the UK. It will promote real time m-commerce for key runway looks, by allowing viewers free wifi in the busy shopping or transit locations and driving traffic to the Hunter Original mobile site to shop similar looks such as the Original Parka.

WHAT DOES IT MEAN? For both these digital campaigns, I like the idea that as consumers take to double-screening they are also double-seasoning – with one foot in next season’s trends, while simultaneously shopping current season looks.

BURBERRY SAYS IT WITH EMOJIS 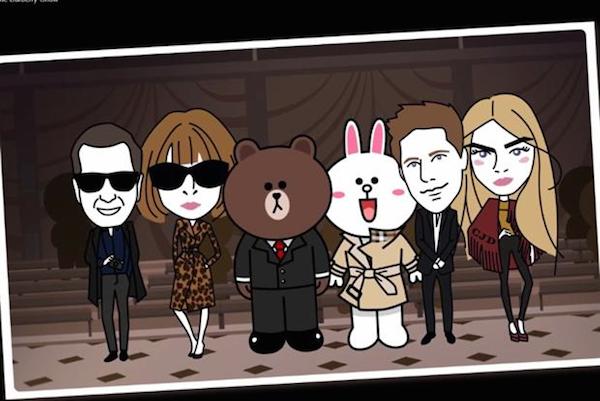 Burberry is taking its LFW experience on an emoji fun-filled journey to Asia, via a collaboration with messaging app Line. The luxury brand will live-stream its show on Line and its own website (as usual), reaching out to Line’s 170m monthly active users, mostly across Japan, Thailand and Indonesia. Line users sign up to the service for its emoji characters such as Brown the bear and Cony the rabbit, who this season, are treated to a sightseeing trip to London courtesy of Burberry. During their visit, Brown and Cony watch the Burberry Prorsum show alongside ‘new’ cartoon characters Cara Delevigne, Christopher Bailey, Mario Testino and Anna Wintour.

WHAT DOES IT MEAN? I like this digital collaboration for its fun, storytelling journey that is sure to captivate Burberry’s core Asian market, as well as drive traffic to its own website’s Shop the Runway seasonal activity.

CONCLUSION: Pinterest has successfully upped its fashion credentials with key fashion week collaborations over the past two seasons and now with the App Store partnership. When will Snapchat start innovating in this space to be a serious contender to Twitter’s efforts?

Follow ALISON BISHOP on Twitter, read her previous guest posts on Disneyrollergirl and discover more of her retail insights on her blog, The Retail Planner.

Feature: How fashion influencers are disrupting the modelling industry London Fashion Week AW15: let’s hear it for the girls