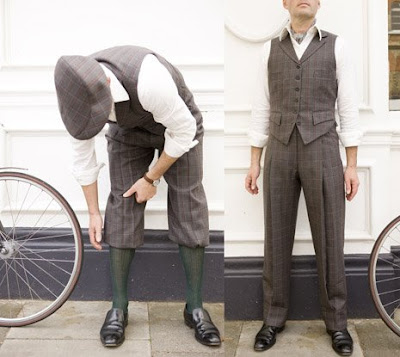 Oh how I love a good coincidence. When I was doing my reporter’s stint at London Fashion Week, I happened upon a jazzily outfitted dandy-type outside the mens shows. He let me take his photo and we got chatting. It turns out this tweed-attired fellow was a photographer and our paths had in fact crossed briefly before. He told me he was now dabbling in design and handed me his business card. “Dashing Tweeds?!” I exclaimed (as that was the name of his business), “No way!” My boyfriend D is a big fan of Dashing Tweeds and we’re both regular visitors to the blog, we just didn’t realise who was behind it.

Dashing Tweeds is a brilliantly innovative modern tweed company which was set up by Guy Hills (he of the dandyish attire) and RCA graduate Kirsty McDougall. Hills wanted to do something new and interesting with tweed and discovered textile designer McDougall while visiting the RCA. A keen cyclist, one of Hills’ innovations is a reflective tweed called Lumatwill that means you can cycle to work in a suit without having to grapple with reflective jackets, tabards or sashes. Another is the tweed cycling trouser that has adjustable hems and another is my favourite – the teflon-coated tweed tailored cape, as modelled below by Iris Palmer. Dashing Tweeds is starting to get a lot of recognition but Hills is extremely low key. Despite having created that purple tartan for Henry Holland last autumn and Dashing Tweeds’ suits being sold in Savile Row, there is no hint of ego or arrogance in this affable character.

An ecommerce site is currently under construction so I predict we will be hearing a lot more about Dashing Tweeds. In the meantime, check out the blog, it’s brilliant! 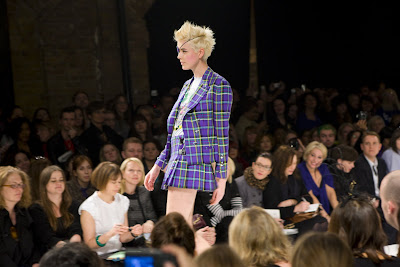 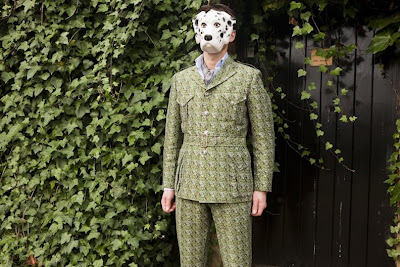 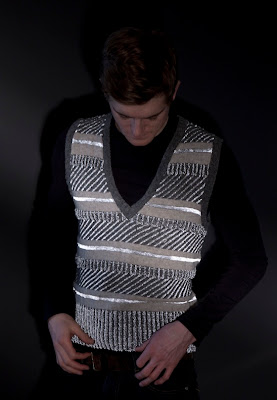 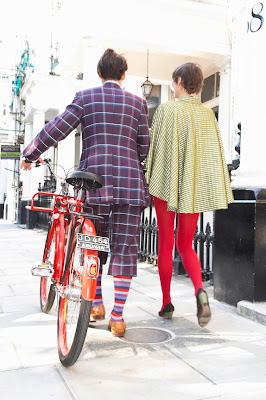 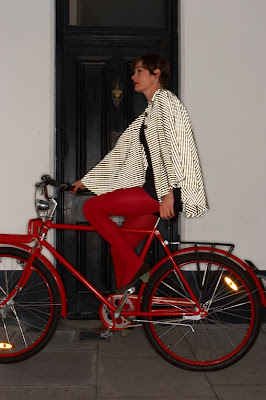 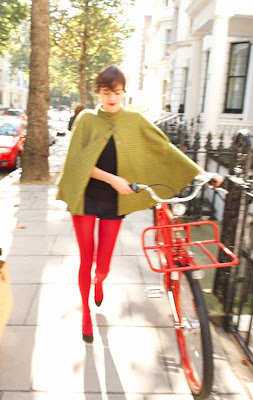 YSL’s new It Bag – the Sixieme

Yes, technically, the age of the It Bag is over. But what to call a new bag that is set to usurp the Chanel 2.55 as the Bag Every Girl Wants? I rest my case. 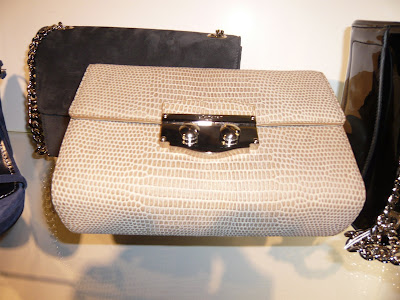 Bringin’ down the house

Menswear took over the last day of fashion week and gave it a whole different spin. For starters, there was a different crowd, none of the tension of the womenswear press/buyers, just a jolly bunch of laid-back dudes (and the menswear market being smaller meant there was less of a battle for seats). Fashion East took over a house around the corner from the main event showing a film by Sibling (three knitwear fanatics who between them have worked with Giles, Markus Lupfer and Bella Freud. Highlight: the great oversized twinsets) and installations by Katie Eary (fantastic collection inspired by Animal Farm), Jaiden rVs James (‘exploring the dark side of the human psyche’ – who knew these clean-cut boys had it in them?) and Martine Rose (loved her puffa-collared shirt)… 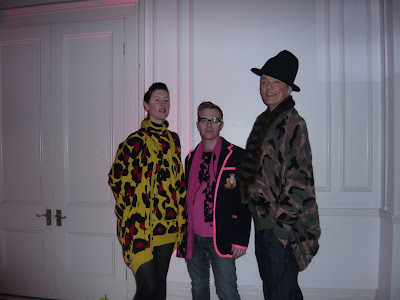 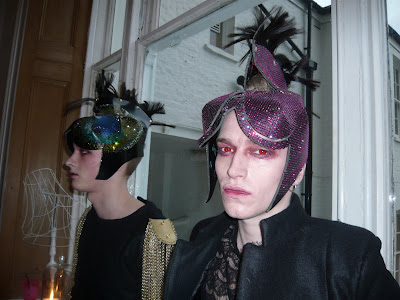 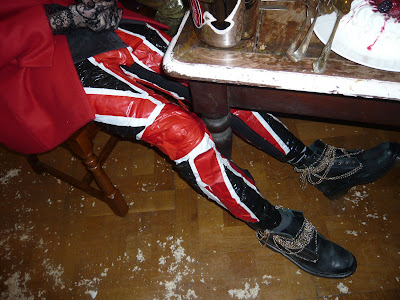 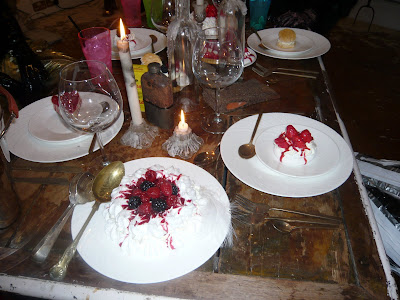 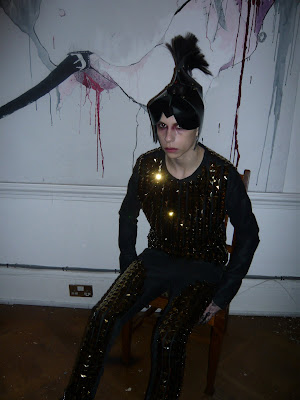 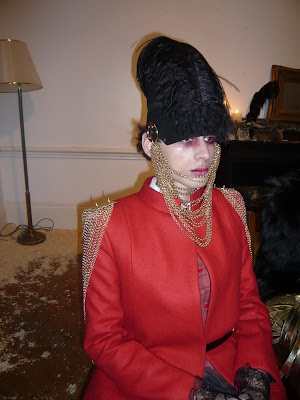 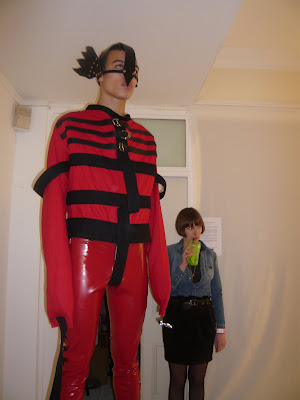 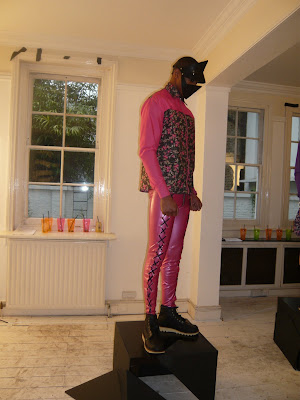 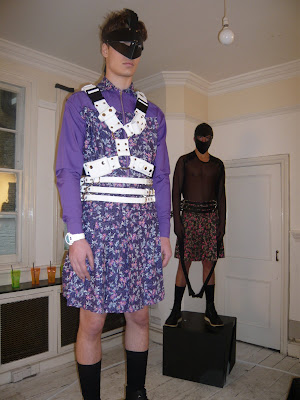 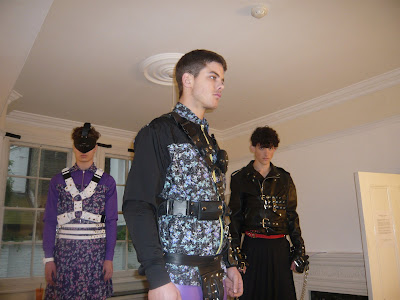 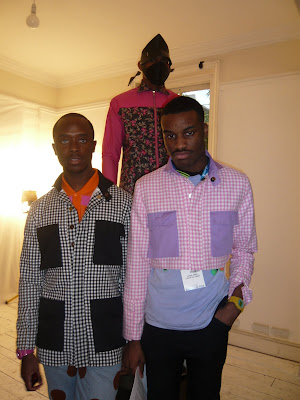 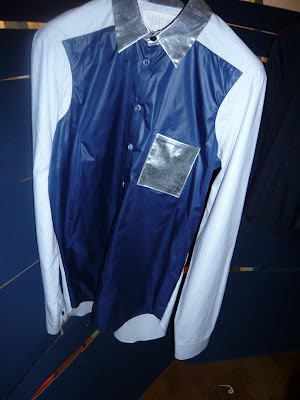 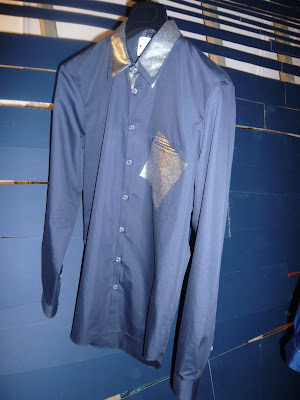 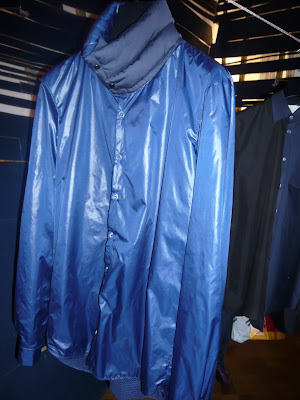 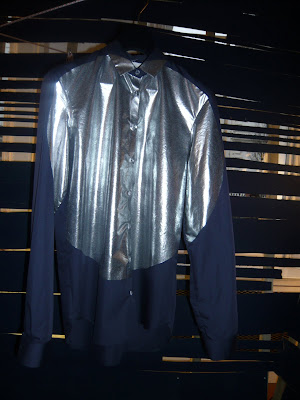 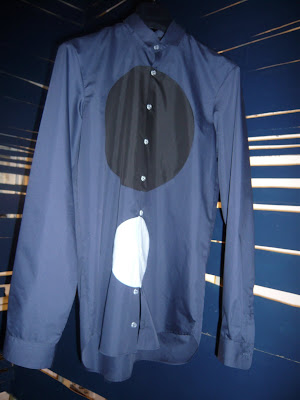 With Lady Gaga on everyone’s radar (including mine, surprisingly) there’s no denying that the eighties revival is in full, hell-let’s-go-for-it flow. And nothing declares ‘eighties’ more than a Lycra body/leotard/all-in-one (well, apart from fluffy perms and frosty lipstick and I’m so not going there). END_OF_DOCUMENT_TOKEN_TO_BE_REPLACED