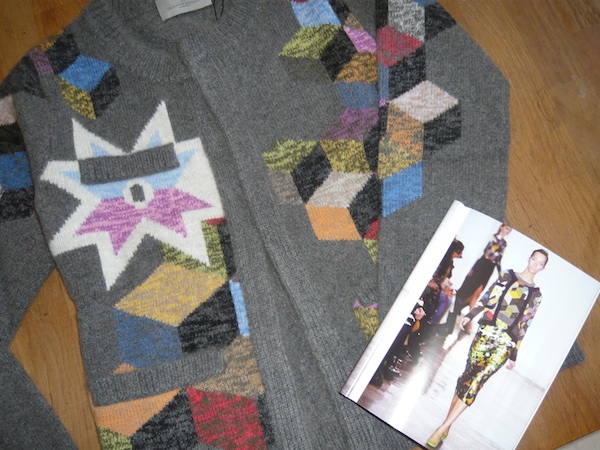 Preen’s Justin Thornton is talking me through their design research process. It involves books, mood boards, deconstructing their archive and a veritable blogroll of online resources. “We photocopy from books and create mood boards from that to focus where we want to go. An element of the mood board might be a detail, or else it might just be an attitude of a woman,” says Thornton. “We always have images we can go back to.” Having been in business since 1996, there’s also quite an extensive physical Preen archive; from the early collections of recycled Victoriana to the current incarnation of clever tailoring and luxe print dresses. “We have all our old catwalk collections in boxes downstairs – each box contains one season. In the early days we used to recycle and cut up, but now we almost do that with our own archive – we’re deconstructing our own designs.”

Hanging behind us in the West London showroom are the AW12 collection alongside examples of the pieces Preen will be selling from Wednesday at Bicester Village as part of the third British Designers Collective pop-up shop. There’s a mix of pieces from last autumn-winter and resort, but I’m zoning in on the lush kimono prints and a patterned intarsia knit. Also included are printed silk chiffon scarves, a wearable entry point into the brand. “Bringing in print has allowed us to appeal to a broader age group. Prints cross the boundaries,” says Thornton, considering a dramatic oriental print on yellow silk. Because older people like print? “More because prints create different possibilities. The simplest garment can become so rich and complex and even more flattering when you use print. It highlights different areas so it’s a bit like colour blocking in a way, but with print.” 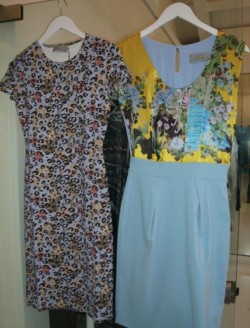 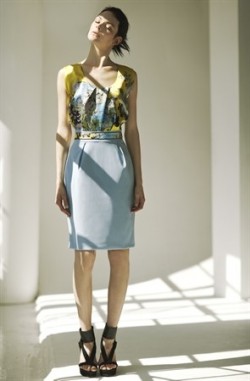 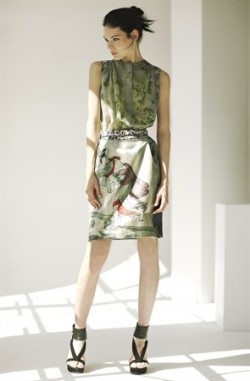 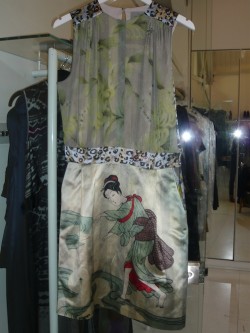 Having known Thornton and partner Thea Bragazzi for years, I’m still intrigued as to how they work as a team. Is there a firm business-creative split or is there an equal balance of both? “We design together but Thea always brings more femininity and sensitivity. I’m more graphic. That’s how you get the mix between hard and soft,” says Thornton. With Preen’s hero pieces including the signature trouser (“very narrow, two pleats, a little turn up…”) and the ‘power dress’ (“We always have a power dress”), Bragazzi’s understanding of the female form goes a long way to determining the brand’s silhouette. “Thea’s very good at thinking about women’s bodies. She’s the one who’ll say ‘that’s not a part of the body a woman wants to show!'” laughs Thornton with the good humour of a man who has probably heard that line one time too many.

As I put away my notebook to get snap happy with these perfectly formed dresses, he clicks through his laptop to show me some of his favourite blogs and Tumblrs. “I don’t buy magazines so much any more,” he admits. “I prefer to look at blogs, especially when I’m researching. I like ones that have a mix of content; a bit of fashion, a bit of art, a bit of architecture…”

Preen will be part of this year’s British Designers Collective at Bicester Village which opens from 21st March to 10th May. A collaboration between Bicester Village and the British Fashion Council, other designers confirmed include Bella Freud, Goat, Jonathan Saunders, Lulu & Co, Nicholas Kirkwood and Peter Pilotto. 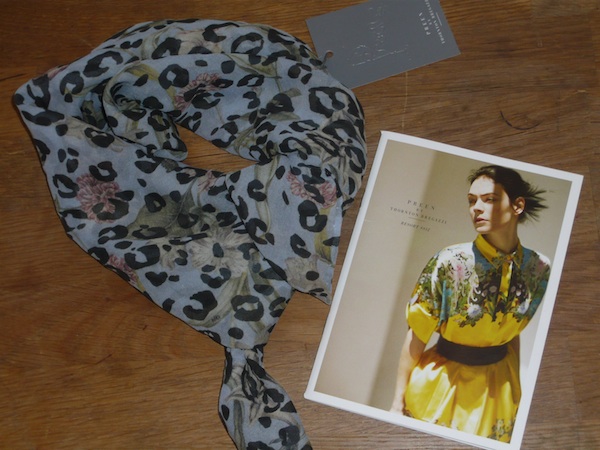 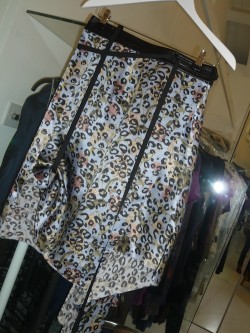 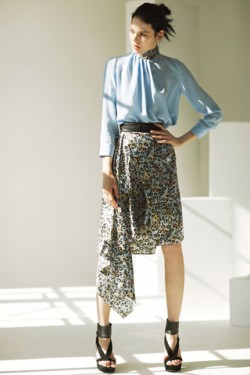